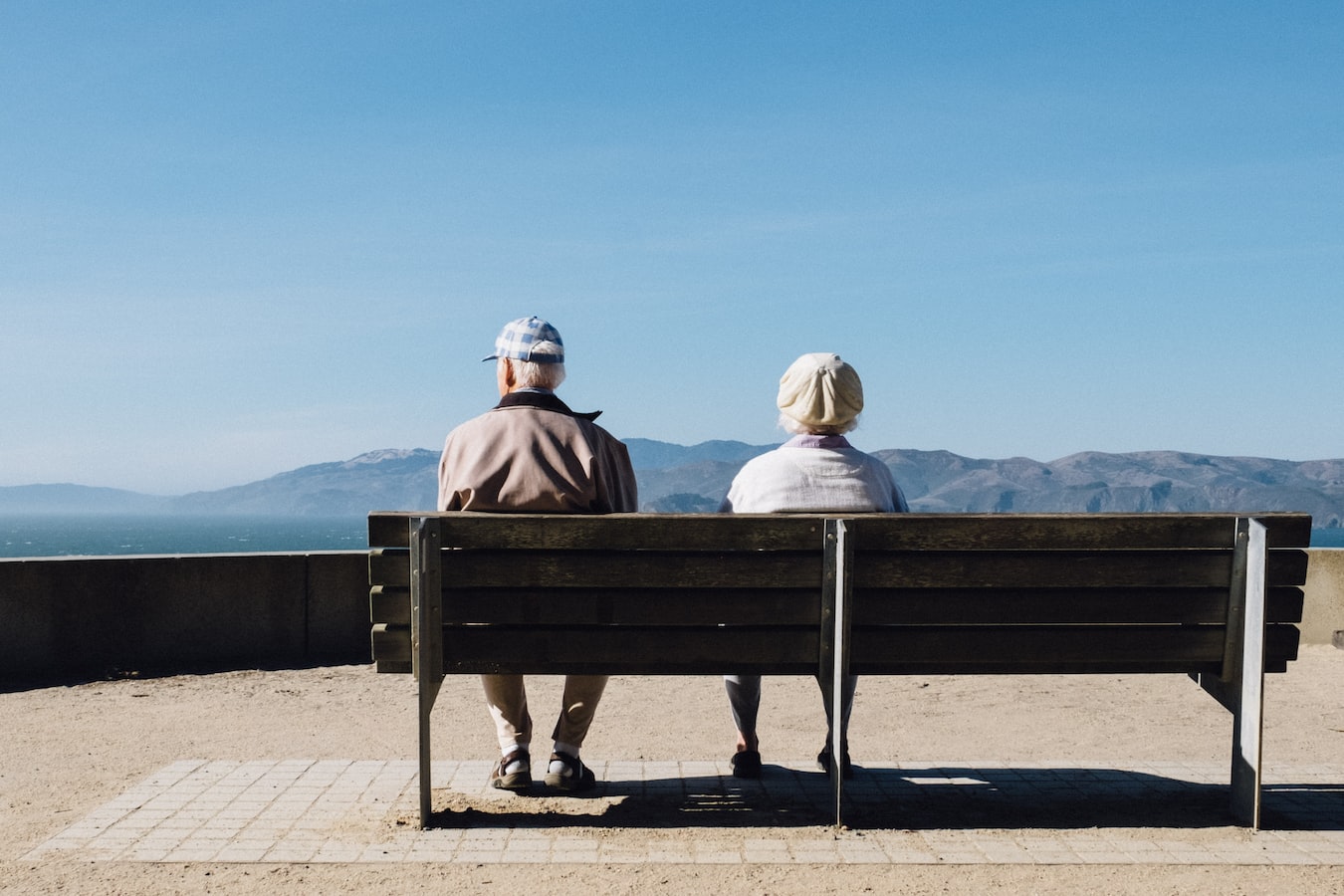 October 6, 2020 By Moriel Berger Cause of divorce

This is the last article in our seven part Causes of Divorce series. Links to the previous articles are at the bottom of the page.

We’re willing to bet that you thought the longer your marriage lasts the lower your divorce risk goes. In a certain sense, you’re on the right track. For one thing, the first two years of marriage carry a higher statistical probability of the relationship ending than almost any other time period. 1  However, when you introduce a little more information, you’ll find that determining your own likelihood of divorce is a lot more complicated than you might think. 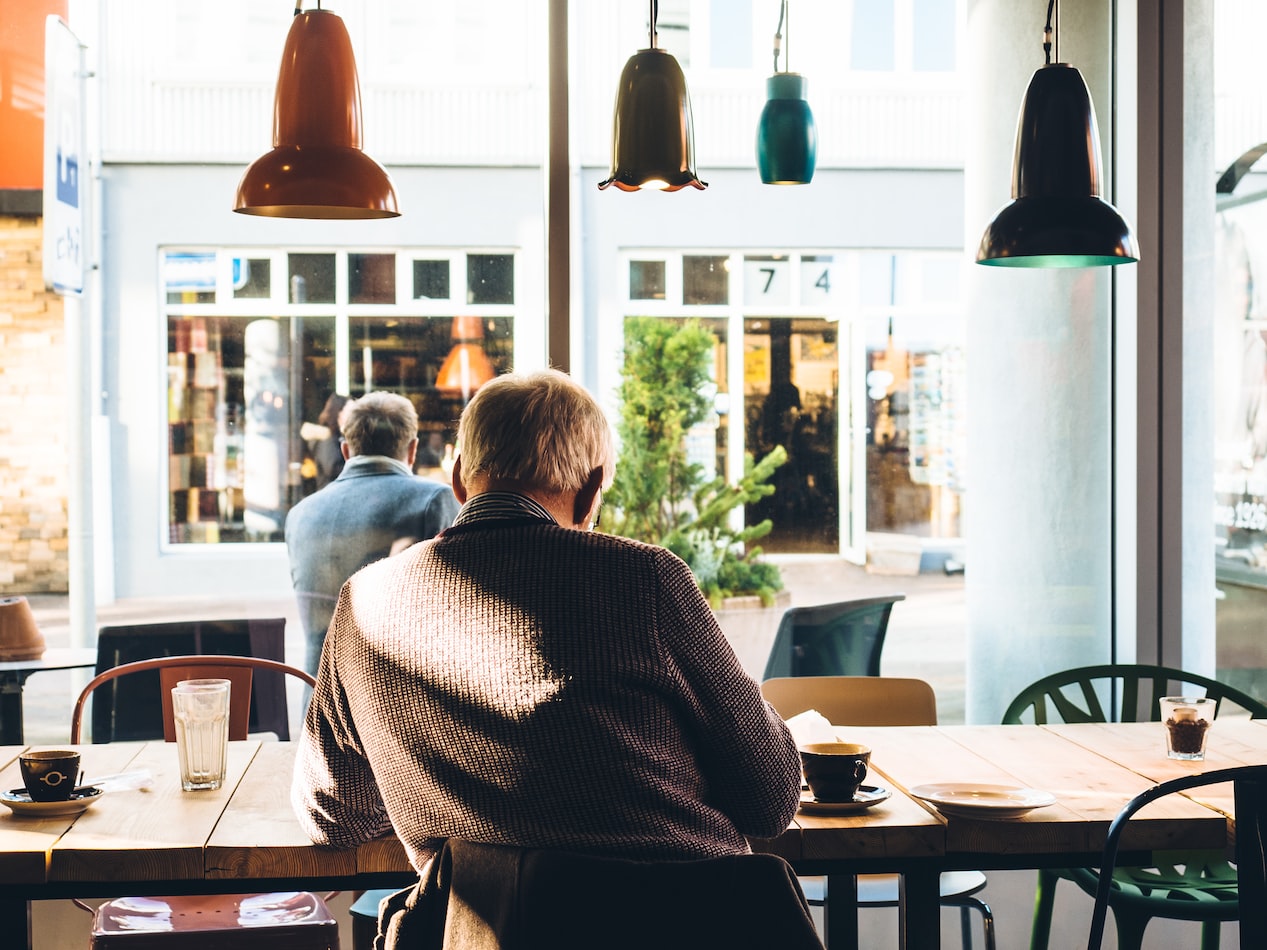 While the average marriage that ends in divorce makes it about 8 years nowadays 2, Baby Boomers are actually experiencing a much higher divorce rate than the general United States population. In fact, it’s just about double the national average, if you can believe it.

You read that right, my friend. In 1990, 5 out of every 1000 individuals experienced a divorce. Fast forward to 2013, and 10 out of every 1000 people over age 50 underwent a divorce, all while (most experts believe) the overall likelihood of a marriage ending in divorce has declined a little. 3This makes Baby Boomers the cohort most likely to get divorced in this country, and more than 40% of previously married couples over the age of 60 have. 4

Look around at your friends and family, and the sheer prevalence of later-in-life divorce is plain to see.

Baby Boomers, ever the cultural movers and shakers, have even given this phenomenon it’s own name -- “grey divorce” (even though your colorist helps you hide it well). 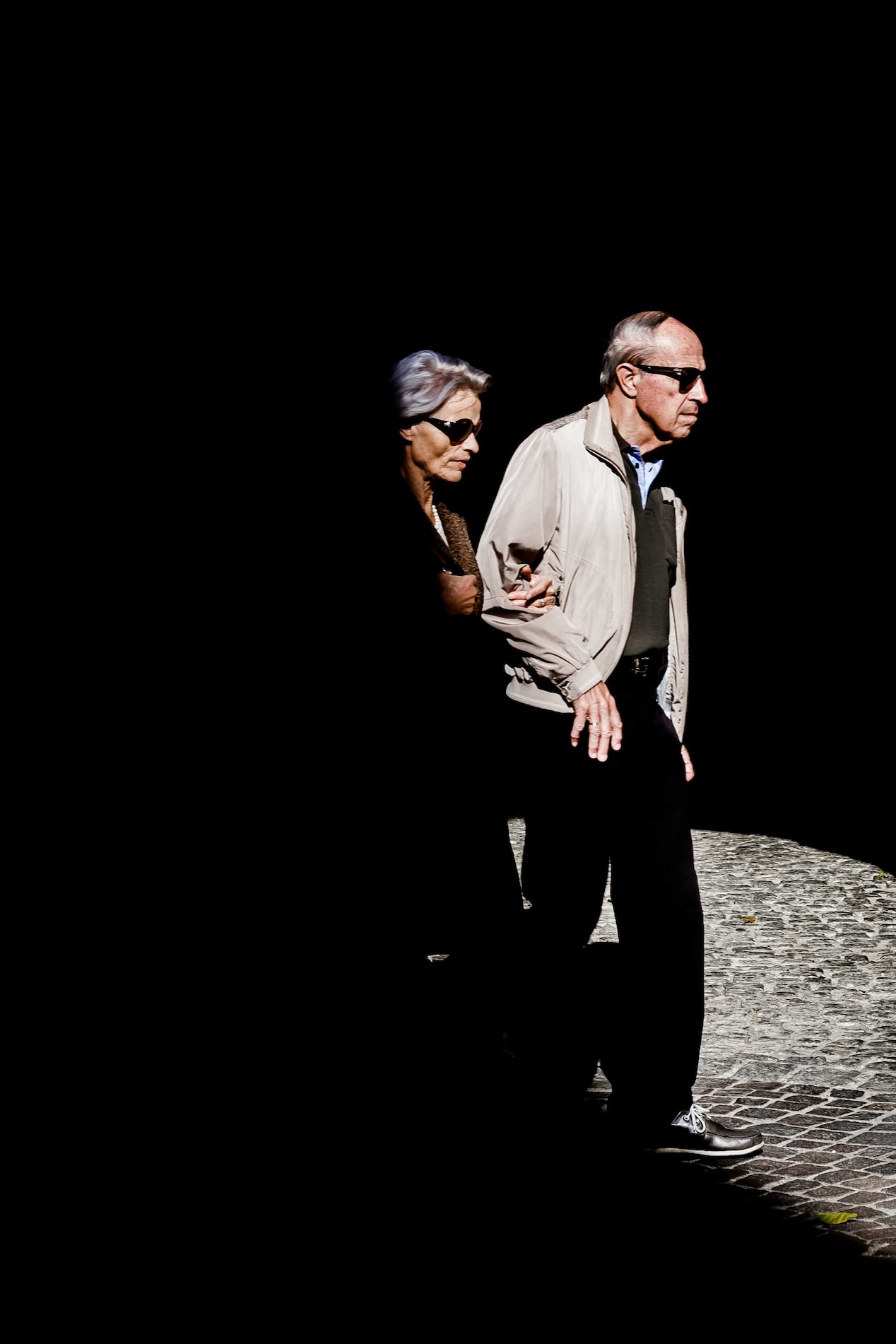 Previously, we’ve discussed how grey divorce is different with regard to the actual process of dissolving one’s marriage. This time, we’re focusing on the unique emotional factors that make it so common.

After all, your path to divorce isn’t going to look exactly like that of the average 30 year old. You’re older, wiser, and finally truly know yourself. When epiphanies abound, there might sometimes be unfortunate side effects for your marriage.

Cause #1: They Grow Apart

Most of the time, the simplest explanation is also the most truthful. It’s entirely possible that one at the breakfast table, you’ll peer over your newspaper at your husband or wife and think to yourself, “This is not the man or woman I married.”

This can be an incredibly disorienting experience. On the other hand, if you’re recognizing a change, you won’t face the same paralysis about whether you should make one. Your marriage as you knew it is over. It’s up to you whether the marriage that replaced it is one worth hanging on to.

You might even, dare I say it, be interested in the possibility of actual remarriage, to somebody new. When your first marriage began, you were still figuring out who you are.  For your second marriage, you know you can be more stable in your identity. Perhaps even better, learned the importance of a prenuptial agreement!

For all you know, your soon-to-be divorced spouse has been feeling the same way. After all, you both have gleaned from enough of your friends’ experiences that the dating scene isn’t as unkind to a newly divorced woman or man than you previously feared.

Acknowledging that your relationship has become less fulfilling is the first step toward finding that fulfillment somewhere else. That’s why we encourage you to speak your mind once you’ve made it up. If you’re not sure how to do it, marriage counseling can be really helpful. You know, involving a therapist doesn’t always have to come with the goal of repairing the damage.

Cause #2 The Kids are Older

How many times have we heard about people staying together for the kids? It’s such a common story, it’s almost become a cliché.

Maybe it’s because you and your husband or wife are traditional in your belief that kids need a two-parent household to thrive. Maybe it’s just because you and your spouse find child support and child custody way too daunting and emotional to negotiate. Truth be told, minor children do tend to make a divorce case a lot more complicated.

Whatever the case may be, as your child gets older and more independent, your marriage becomes a less important ingredient in their overall wellbeing (and your own stability). Adult children just don’t need you the same way they used to, and that is 100% to your credit.

It isn’t always just about making sure that the kids are alright, though. When a child leaves the nest, it changes the entire family dynamic, and that can expose problems or incompatibilities in your relationship with your spouse that you didn’t know were there.

If this sounds like you and your husband or wife, you’re not alone. Major life changes give rise to others, and the results are often bittersweet. On the plus side, your children are certainly old enough to understand.

If you take this opportunity to embrace change, you’ll be setting a good example for them for years to come.

Speaking of major life changes, retirement has got to be one the biggest shifts you’ll ever experience. That’s why transitioning into your leisurely golden years is also a frequent contributing factor in gray divorce. 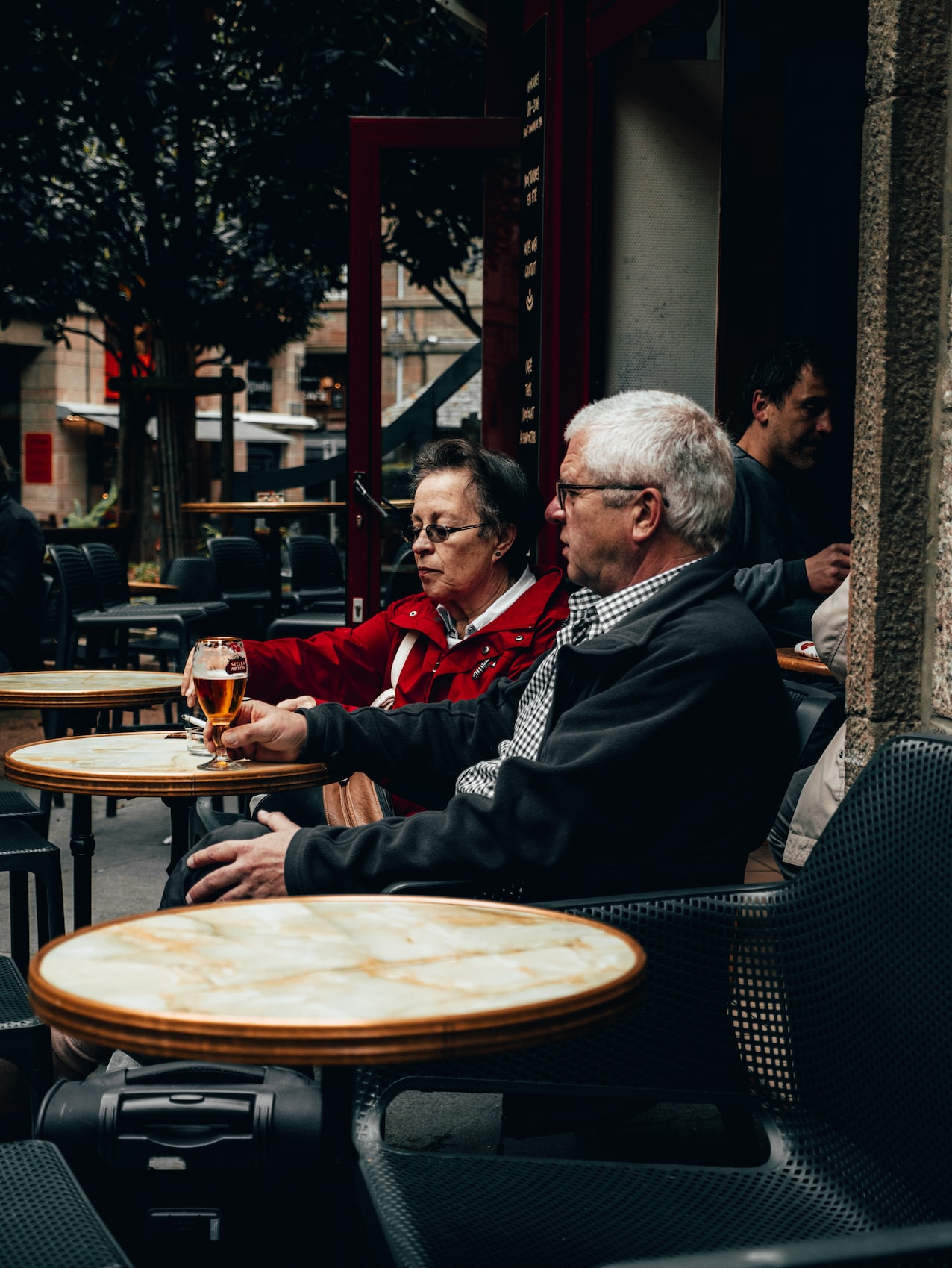 Sometimes this happens because retirement gives you the opportunity to pursue new hobbies and interests. You and your spouse used to both head into work, and even if you recounted your days to each other when you reunited, the office was kind of a black box. Now, you’re each excited about something new, and your spouse’s unwillingness to share in your experiences may call the true value of the relationship into question.

Retirement can also really challenge your identity in ways you might not expect. This can be especially true in cases of military divorce and the like, where your career came with a whole different lifestyle and community. When so much loss occurs all at once, folks can be left feeling like widows or widowers even when their spouses are sitting right next to them.

Furthermore, we would be remiss if we failed to discuss the financial implications of entering this new stage in your life. Unfortunately, a lot of people avoid divorce because they’re worried about being responsible for obscenely large alimony payments. Once you’re living off of a retirement plan or military benefits, you can lock in a spousal support number that doesn’t leave your head spinning.

Of course, even if you divorce before you retire and therefore alimony is calculated based on your employment income, you still might be able to lower that number when the time comes to break out the golf clubs. However, that sometimes means taking your ex back to court, which is a major hassle to say the least.

That’s why if given a choice between divorcing immediately before or immediately after retirement, there is something to be said for waiting those extra few months. Once you know exactly what kind of retirement funds you’re looking at, you can get your monthly support amount right the first time.

Retirement will also probably free up enough of your time to manage your own divorce proceedings. Nowadays, you really don’t need a divorce lawyer (or even divorce mediation) to split with your spouse. Finding a terrific online divorce platform is a great option for you if you would rather delegate the divorce papers to an expert without rapidly depleting your retirement account.

Even those of us who treat our bodies like absolute temples eventually begin to feel our age. When health problems arise, they tend to bring about major emotional stress, for the afflicted party as well as their spouse.

This tension can be especially pronounced in relationships with significant age gaps. While a 20-year age difference didn’t seem so limiting when you were both spry and able-bodied, maybe now you’re beginning to feel less like a partner and more like a caretaker, which doesn’t exactly spell romance.

This might be hard for people to admit until the burden of caring for an ailing spouse has become positively untenable. After all, the love and care that you feel for your husband or wife doesn’t just disappear as soon as you realize that you no longer derive much satisfaction from the relationship.

You might also be afraid of appearing callous or cruel, either to your spouse or your broader social circle. This whole topic is pretty dark, and these thoughts alone are enough to throw any sensitive individual into inner turmoil. 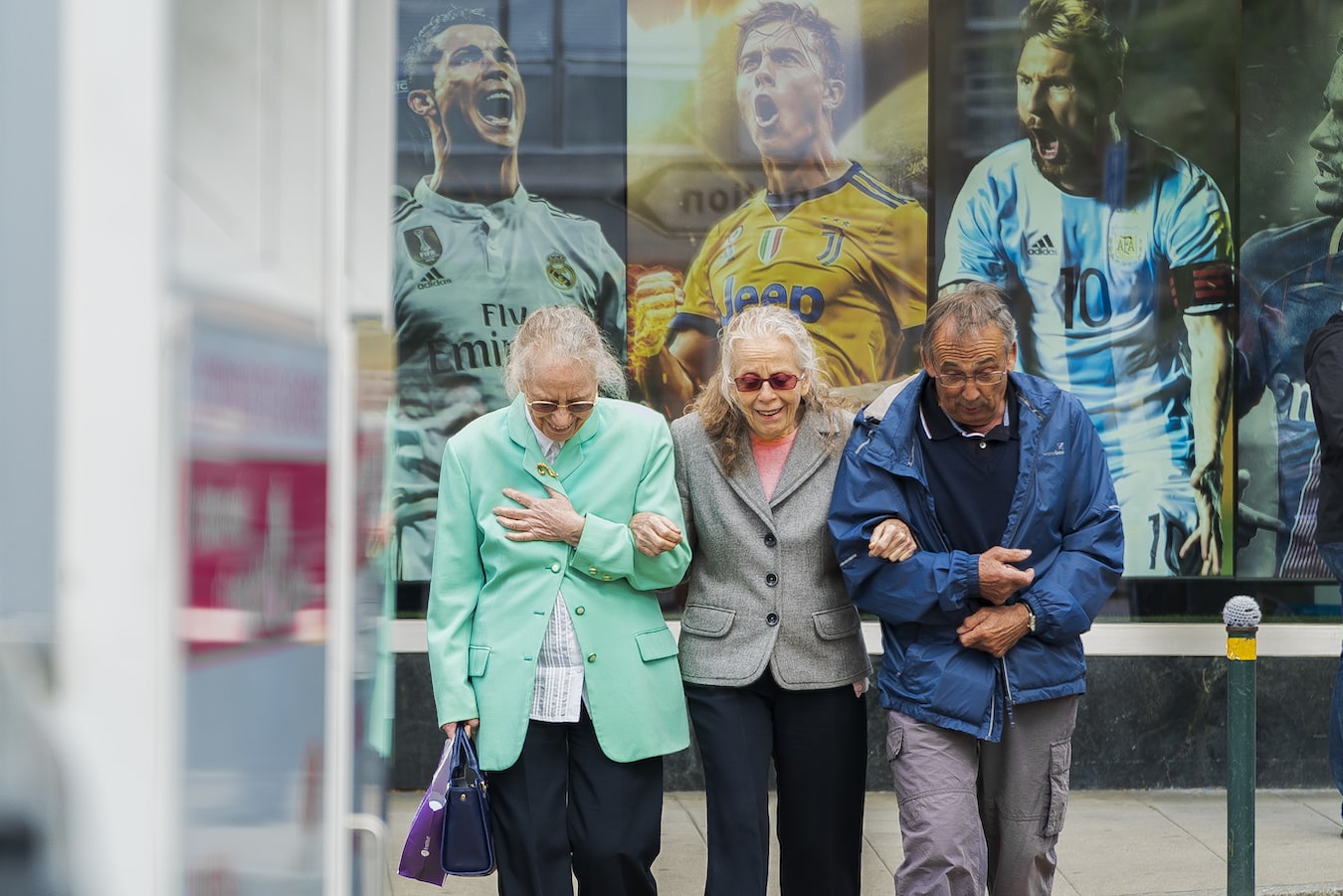 If you know that you need to find someone more your speed but you still have meaningful concern for your elderly spouse, then you might want to consider legal separation over divorce. That way, you can maintain the right to make decisions for your spouse should they become incapacitated, and you won’t even necessarily have to go through the whole arduous process of dividing marital property.

Of course, if you don’t go through with divorce, then marriage is off the table if someone new comes into your life. You’ll just have to weigh the pros and cons and decide for yourself what the right thing to do is. Anyway, there’s always cohabitation.

Just keep in mind, this might be one of those situations where you need to put on your own oxygen mask before you can really be useful to anyone else.

Cause #5: Problems That Never Got Resolved

By now, you might be noticing that a lot of factors which frequently contribute to grey divorce involve (to some degree or another) reassessing something that was already there. Well, one of the best things about getting older is that we eventually run out of f***s to give and learn to truly advocate for ourselves.

Every relationship has its little difficulties. But the thing about small marital difficulties is that they tend to get magnified over time. The longer you go without addressing your minor grievances, the more likely they are to take over your entire marriage.

If you’re not part of the target demographic of this article, let this be a case for resolving problems in your marriage, kindly and respectfully, as soon as they arise. If it’s too late for do-overs, then let this be your permission to forgive yourself and move on to a relationship with a little less baggage.

You and your spouse have carved deep grooves in each other, and sometimes the best way to burst out of old, unhealthy relationship habits is to find somebody fresh.

There’s no denying it -- it’s tough taking the leap into divorce when it comes to long-term marriages. After 20+ years, it’s easy to become so enmeshed with your spouse that you don’t know if either one of you can do it alone.

However, when you reach a certain age, you start to understand just how short life is. You’ve been through so much, and you’ve gotten to know yourself so well, this is supposed to be the time in your life when you actually get to enjoy it. There’s simply no more time to waste in an unhappy marriage.

It’s not all doom and gloom, though. As a member of this particular divorce cohort, you have access to unprecedented resources and a vibrant community of people going through the exact same thing.

So be kind to yourself, reach out for help if you need it, and go forth boldly into this next great stage of your life.

This is the last article of this series. If you weren't able to read the other six articles in the Causes of Divorce series, we invite you to do so through the links below.