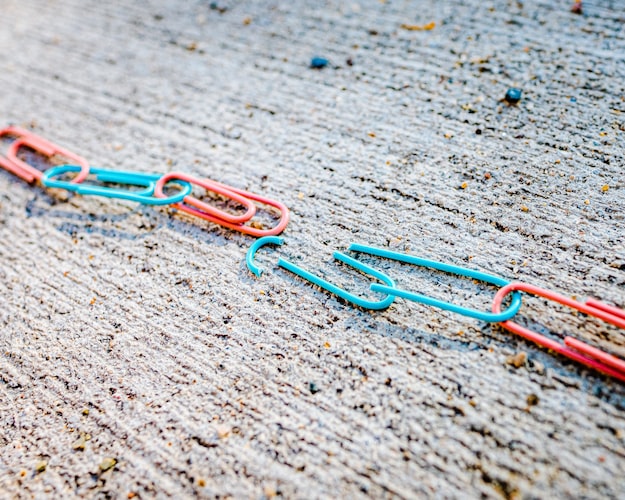 Causes Of Divorce: 13 Of The Most Common Reasons

This is the first article in our seven part Causes of Divorce series. Links to the following articles are at the bottom of the page.

What are the causes of divorce?

Cultural shifts in attitude and behavior over the past 75 years has helped to redefine the meaning of marriage. In turn, these shifting beliefs have also normalized and largely eliminated the stigma that once shrouded divorce.  The idea of marriage as a lifelong commitment has changed significantly, and gradually evolved to an emphasis on individual fulfillment and satisfaction. 1

Over time, the United States has transitioned from a country wherein the idea of divorce was unheard of and building a successful marriage was considered a top priority, to a place with one of the highest divorce rates in the world. In spite of the increased prevalence of marital education, marriage counseling, and family therapists, divorce is an ever-constant reality in society.

Even as the overall divorce rate is decreasing among adults ages 16 - 65, approximately 45% of marriages still end in divorce in the US. 2

What are the most common causes of divorce?

According to various studies, the three most common causes of divorce are conflict, arguing, irretrievable breakdown in the relationship, lack of commitment, infidelity, and lack of physical intimacy. The least common reasons are lack of shared interests and incompatibility between partners.

The 13 most common reasons for divorce

We've organized the top 13 reasons sourced from our analysis of surveys that reported 20% or more of respondents citing the following reasons:

We delve deep into the common causes of divorce, focusing closely on the various groups and segments of the population that were surveyed.

A number of factors influence the decision to divorce, such as age, gender and socio-economic background

The study found that verbal, physical, or emotional abuse were major reasons for divorce in middle-and later-age couples. 5

The causes of divorce for married couples in their 50, 60s and 70s are unique because of major life transitions that occur during this time.

These changes include facing empty nests after children leave, financial issues, retirement, and declining health, which can pose considerable challenges for the longevity of the relationship, and ultimately cause marital problems. 6

A number of other surveys on the reasons for divorce have been conducted among a variety of age groups and demographics.

In an 2012 survey by Hawkins, Willoughby, and Doherty, a sample of 886 divorcing parents were interviewed and found that common causes of divorce were:

A 2000 survey by Amato and Previti found that divorced couples have higher levels of mental stress, drug / alcohol addiction, depression, and decreased levels of health in general. 8 These same researchers did another study on the reasons for divorce across gender, social class and lifestyles. When these divorced individuals were asked to provide their motivation for divorce, the most common reasons were:

The causes of divorce for married couples in their 50, 60s and 70s are unique because of major life transitions that occur during this time

A 2001 statewide survey in Oklahoma found that the most common causes of divorce in the state were:

A 2013 study by the National Center for Biotechnology Information (NCBI) interviewed 52 divorced individuals after their first marriage, who had completed a “Prevention and Relationship Enhancement Program” before they got married. 14 years later, the couples were reassessed and and the survey found that the reasons for divorce among this cohort included: 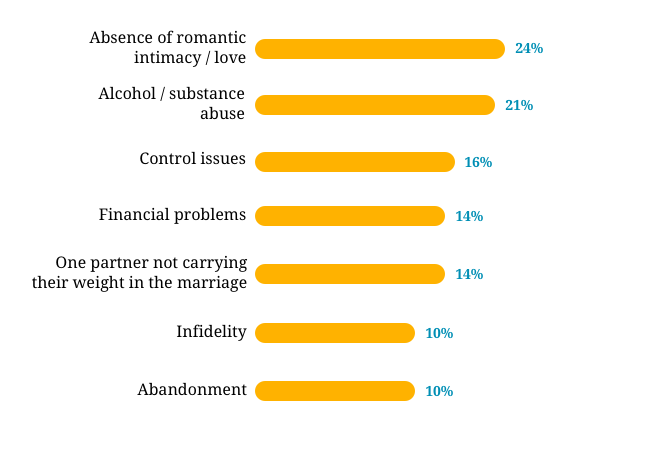 Surveys by Insider.com, The Huffington Post, Forbes, and the NCBI found a diversity of reasons for couples to initiate the divorce process. 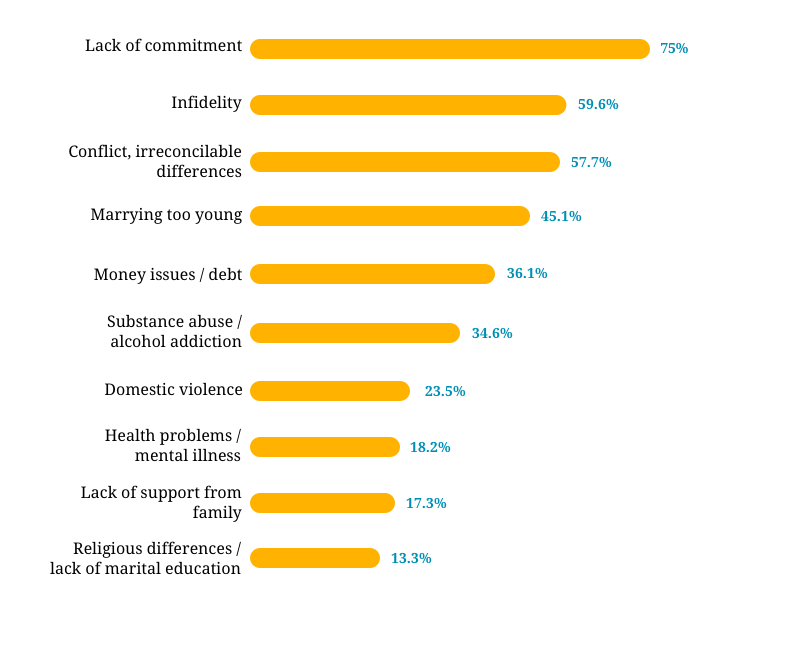 What are the main causes of divorce?

How often is infidelity the cause of divorce?

In various surveys of divorced couples, infidelity was one of the top causes of divorce, with 10% - 58% of couples citing this reason.

How often is substance abuse the cause of divorce?

Substance abuse consistently ranks high as a cause for divorce, with 10.6% - 34.4% of couples across different surveys citing this as a reason.

How often is money the cause of divorce?

Money problems are listed by 14% - 36.1% of divorced couples across different surveys as the reason for their divorce.

Across the various causes of divorce surveys covered in this article, the common reasons that appear in at least two or more surveys of divorced couples are:

Luckily, in spite of the challenges that married couples face during the course of a relationship, the likelihood of divorce declines as the length of marriage increases.

In addition, resources like marriage counseling, relationship education and family law therapists assist couples in resolving conflict and building healthy marriages before divorce becomes inevitable. If marriage partners are able to approach their relationship with open minds in order to avoid the disappointment of unrealistic, unmet expectations, they will remain flexible throughout their marriage to overcome challenges they encounter.

In the second article of this series, we discuss how to know when your marriage might be over.