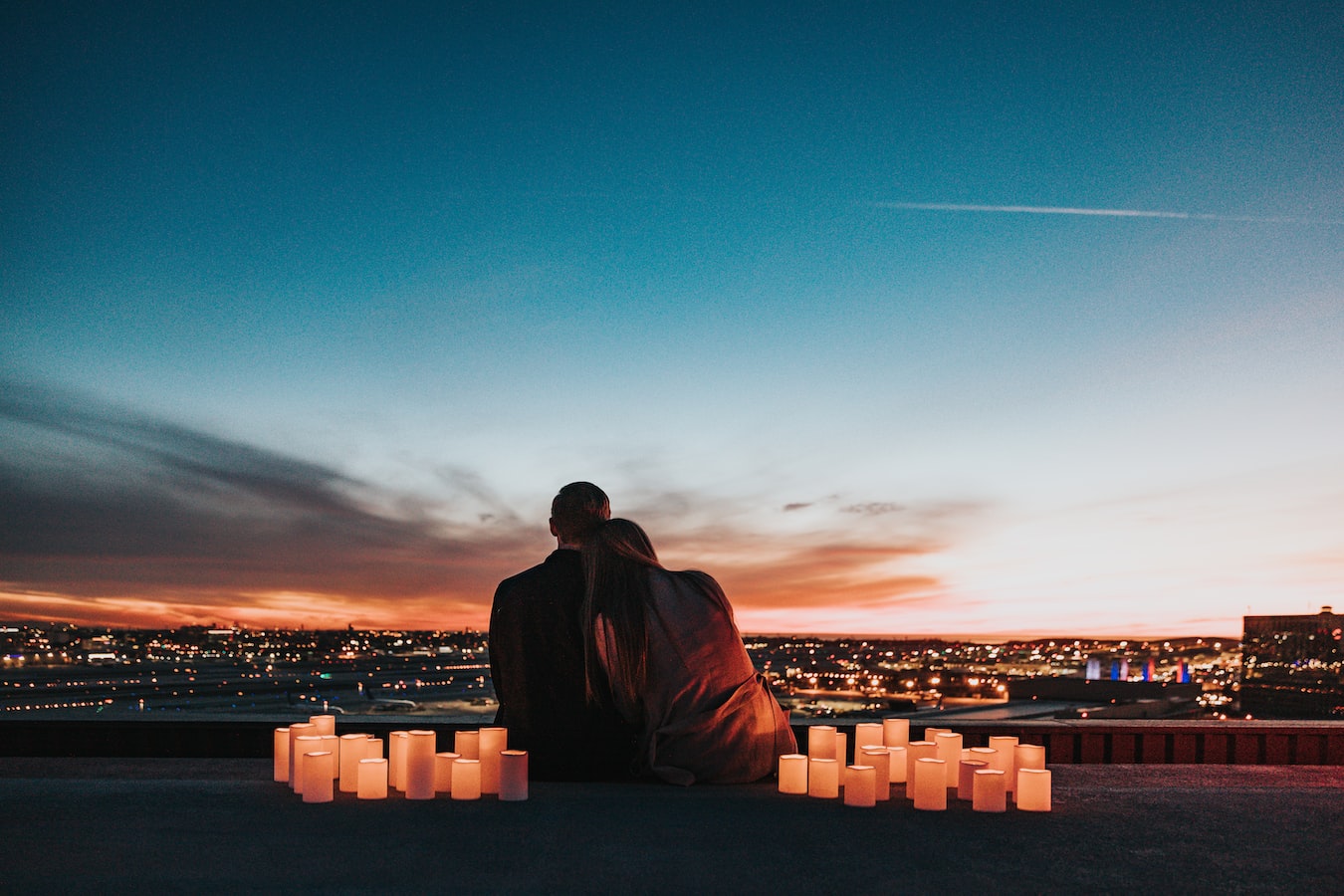 When to Walk Away From a Sexless Marriage

This is the fifth article in our seven part Causes of Divorce series. Links to the other articles are at the bottom of the page.

Should You Divorce Over a Sexless Marriage?

Most married couples experience the occasional dry spell. This can even happen within a perfectly healthy relationship in accordance with the ordinary stresses, trials, and tribulations of life. Sometimes, however, an ordinary dry spell goes on long enough to become a full-blown sexless marriage, and that is a cause for greater concern.

If this experience sounds familiar to you, you’re not alone. In a survey conducted for a book called The Social Organization of Sexuality, 14.1% of married men and 13.9% of married women reported that they engage in partnered sexual activity a few times a year or less.

Perhaps the slight discrepancy indicates that a man and a woman in the same marriage might estimate the frequency of sex a little bit differently. In any case, there is a significant segment of the married population that is simply not having regular sex.

If an intimate relationship is something that’s important to you and you aren’t getting those needs met by your spouse, you may be wondering if it’s time to consider divorce. Undeniably, divorce is a serious decision, and we don’t want you to have to go into it blindly.

So, we’ve put together this guide to help you decide when to walk away from a sexless marriage. Hopefully it will either help you get to the bottom of your marital problems or give you the push you needed to move on in the hopes of finding a new romantic relationship with more mutual sexual appetites.

1. Your Partner Refuses to Work on the Issue

Chances are, you and your spouse didn’t go from fiery passion to low libido overnight, so it’s unreasonable to expect the physical intimacy to return just because you both say you want it to. As it turns out, having more frequent sex takes actual commitment, and it may feel a little bit like work at first. 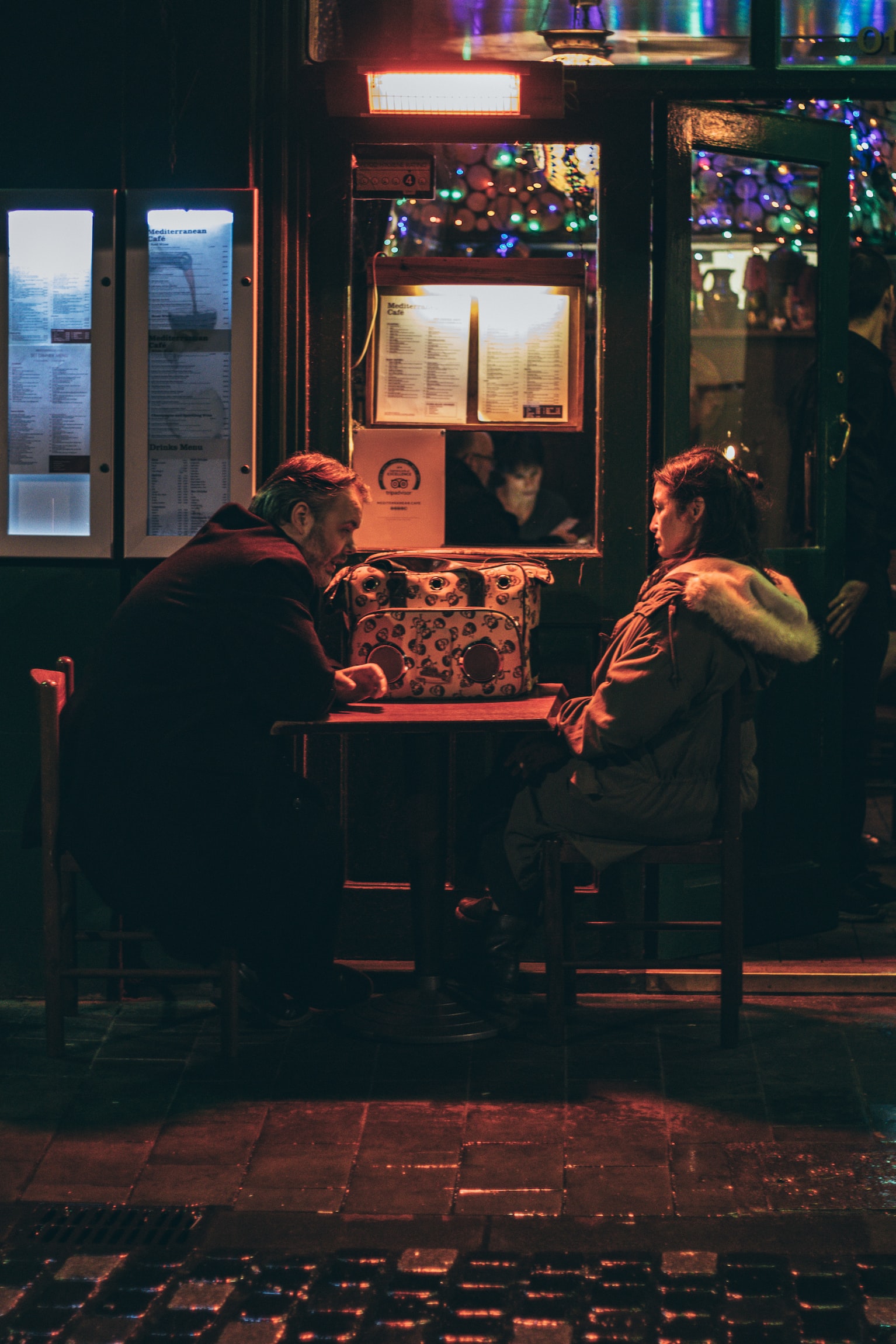 Sex and marriage experts tend to agree that it takes real honesty, collaboration, and courage for you and your spouse to get back into the swing of things. According to sex therapist Kimberly Resnick Anderson, “[Couples] decide it is easier to have no sex at all than to deal with the hurt feelings and unpredictable emotions, such as guilt or anger. Intervening before the problem takes on a life of its own is key.”

That’s why you might be headed for divorce if your husband or wife isn’t ready to face this issue head-on. Without buy-in from your partner, things are likely to get worse over time. After all, to quote another sex therapist by the name of Tammy Nelson, “The longer you go without sex, the more you feel you aren’t interested in sex. It works the other way around as well. Sex is the best aphrodisiac. The more sex you have, the more sex you want.”

Unfortunately, re-infusing active sexual intimacy into your sexless marriage just isn’t something you can do on your own.

2. You Have Other Major Relationship Issues (Like Lack of Love)

A sexless marriage doesn’t always equal a loveless marriage, but when it does, divorce is unfortunately the best worst option. When you and your partner are particularly busy or stressed, sexual intimacy can become more of a luxury, but affection more broadly is an actual human need.

According to Kyle Benson of the Gottman institute, it’s all about empathy. “To attune to your partner requires the ability to experience their feelings on such a level that you almost become your partner. Empathy is so deeply connecting that it’s physical.”

Does this remind you of anything else? Maybe the issue we’re here for in the first place? Perhaps the secret to everlasting sexual desire in your marriage is maintaining an emotional connection that mirrors the physical union you’re longing for.

When a relationship begins, lust is often enough. Over time, however, that overwhelming sexual attraction can fade. If you’re lucky, it gets replaced with something much deeper and more durable, and that bond is a terrific basis for a healthy sex life. 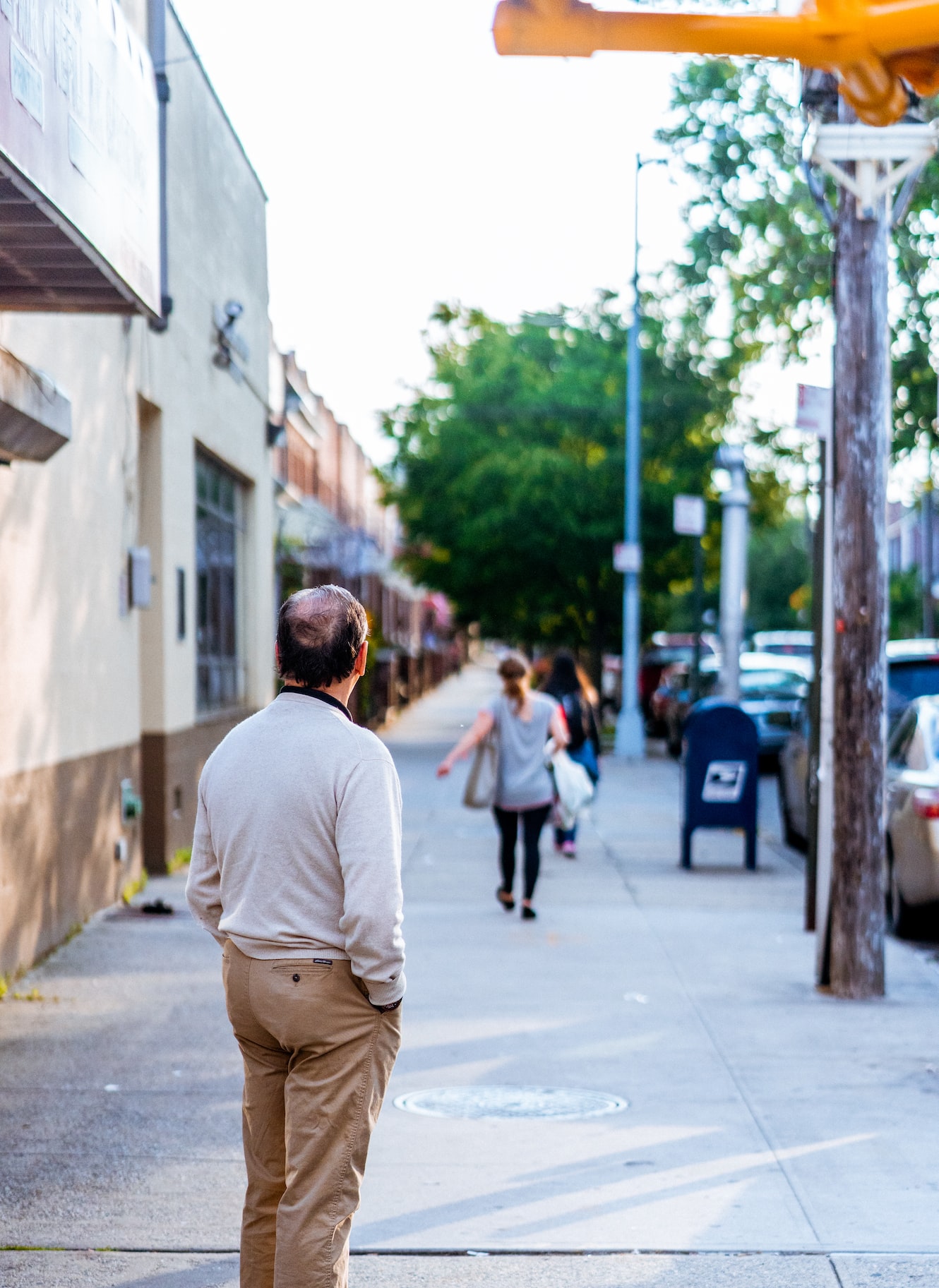 You know in your heart whether you’re just in a sexless relationship or an overall unhappy marriage. If your husband or wife isn’t providing you with the support and tenderness you want, your sex life is really the least of your concerns.

3. You and Your Partner Have Incompatible Sexual Interests

Is it possible for two people who desire sex to find themselves in a sexless marriage? It absolutely is, especially if those people have radically different sexual needs.

This could mean disagreeing on how much or what kind of sex to have. You might not even know that you disagree with your husband or wife on the matter, because so many people find this so difficult to talk about. When couples simply can’t manage to talk it out, they might default to a whole lot of plain old missionary sexual intercourse, which can get boring pretty quickly.

The real difficulty comes in with the addition of some extenuating circumstances, like when one partner has a lot more sexual experience than the other, or even when one spouse is a survivor of sexual abuse. A physical abuse survivor, through no fault of their own, might simply require more patience and gentleness than a kinky partner can muster. Some people just aren’t sexually compatible, even if the love is there.

While having an incompatibility problem is a definite indicator for divorce, it’s not a marital death sentence. You and your spouse have options. You can try to reach a compromise through sex therapy, or you can even consider an ethical open relationship. Both of these options are a lot to ask of a vulnerable person, though, so you might realize you just want to try your luck with somebody new.

4. Your Sexless Marriage Has Led to Infidelity

When a couple’s sex life has been suffering for a while, it might motivate one or both parties to look outside the marriage for the fulfillment they’ve been lacking. Cheating in a sexless marriage truly adds insult to injury, and it might be the breaking point where you and your spouse realize that you’re better off pursuing divorce.

There are a lot of reasons why you and your spouse haven’t been getting it on that aren’t exactly personal. An affair, however, is often a symptom of underlying problems. According to research conducted by psychologist Shirley Glass, 48% of men cited emotional dissatisfaction as the primary reason they cheated, while only 34% of women who had affairs said they were either happy or very happy in their marriage.

While sexual desire might seem like the reason you or your partner strayed, it also represents some level of disregard for your relationship, which can be too painful to recover from. Unless you and your spouse are ready for some serious couple’s counseling, continuing the marriage may not be sustainable, and you may be headed for divorce. 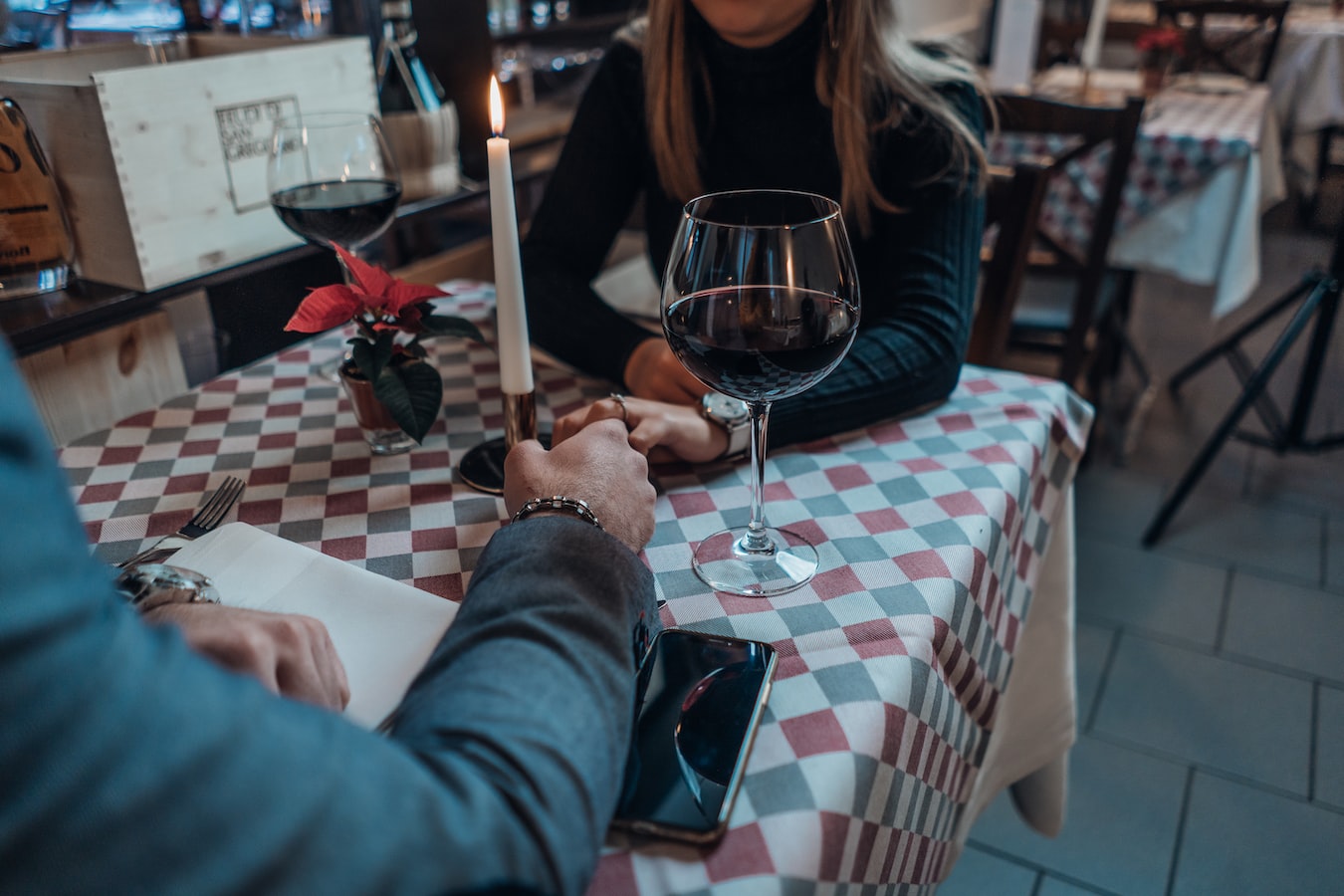 How Likely is a Sexless Marriage to End in Divorce?

Now that you know that you’re not alone in this experience, you may want to glean some wisdom from the masses. Unfortunately, there isn’t any longitudinal data showing the actual divorce rate among couples in sexless marriages. There is, however, scholarly research that suggests that they are more likely to get divorced than their sexually active peers.

In a 1993 study, Denise A. Donnelly of the University of New Hampshire Family Research Lab found that participants who self-reported a high probability of an impending marital separation were more likely to report being in a sexually inactive marriage.

In the same study, Donnelly found that participants who reported that they did not argue with their partner about sex were also more likely to be in a sexless marriage. Thus, there is reason to believe that, when it comes to your sexual relationship with your spouse, even unpleasant communication is better than no communication at all.

If you want to reignite the flame, you should start by striking up a conversation.

Tips for Helping Your Marriage Survive a Sexless Period

Whenever you’re having sweeping relationship problems but you and your spouse aren’t ready to call it quits, our advice is the same: find a marriage counselor and get talking! These folks have devoted their lives to fostering healthy marriages (and sex lives), and you shouldn’t discount their well-earned wisdom.

Sometimes you need a counselor’s skill set in order to sort out your issues and communicate effectively. Other times, the gesture of finding a counselor alone is enough to demonstrate to your partner just how much you care. If you’re both willing to put in the work, you can and will get through this.

2. Have an Open Discussion

So, marriage counseling can be pretty expensive, and some people just aren’t prepared to open up to a stranger about something so personal. While we really do recommend working with a professional, that doesn’t mean it’s impossible for you and your partner to put in some of the work on your own. 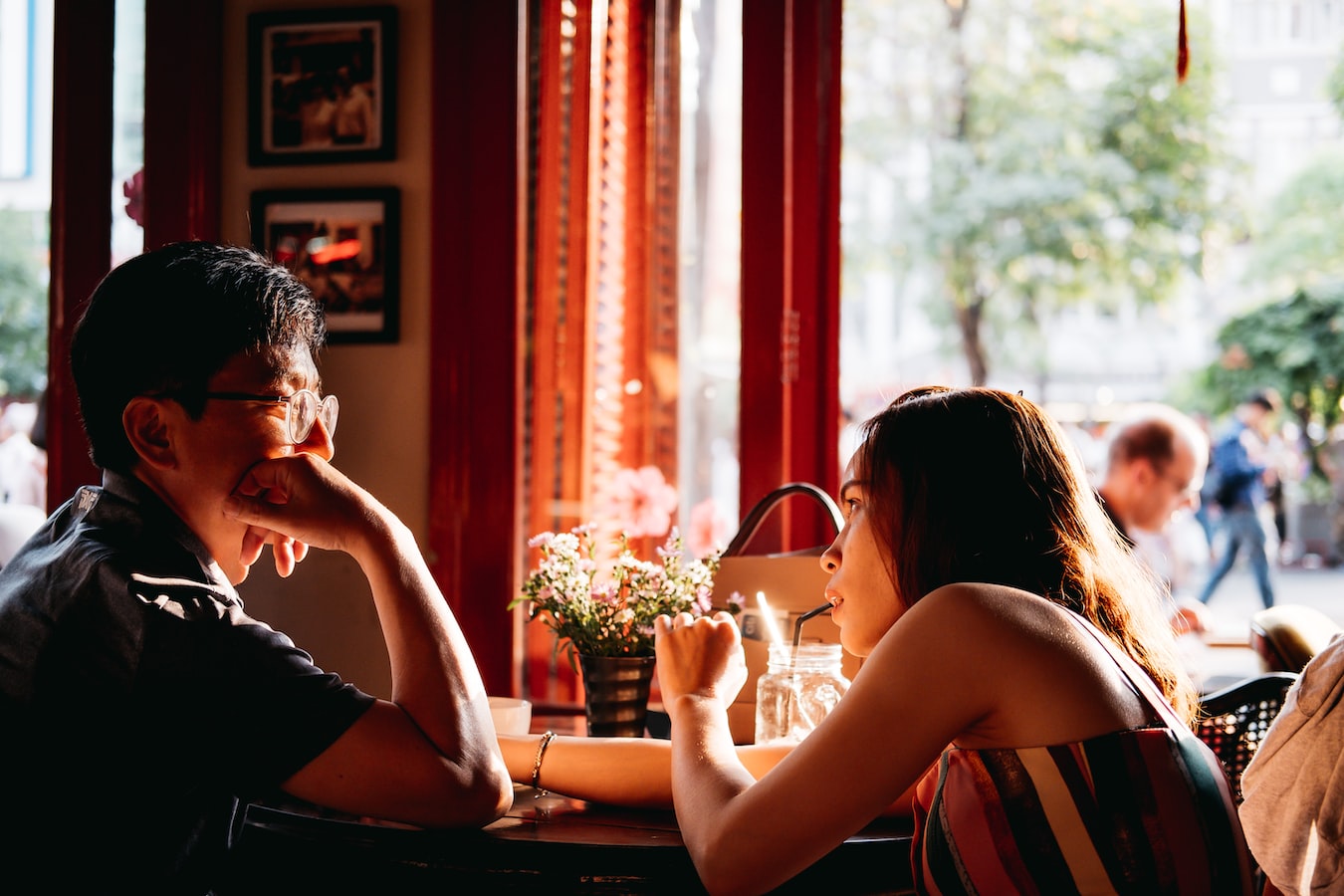 There are loads of resources written by therapists available for free on the web, and learning new techniques can definitely lead to new results. Perhaps most importantly, relying on a conversation strategy developed by an expert might give you the confidence you needed to open up in the first place. Having these conversations will only get easier over time.

And if you just can’t get there, we have loads of resources walking you through filing for an easy, low-cost, amicable divorce.

Remember what Tammy Nelson said about sex being the best aphrodisiac? Well, that means that sometimes you just have to go through the mechanics in order to get to the romance. This may sound counterintuitive, but it really works.

If you’re anything like us, you’re busy, and possibly spending the majority of your waking hours running around like a chicken with its head cut off. Over time, you’ve probably learned that if you want something to actually get done, you’re going to have to schedule it yourself.

To a lot of people, scheduling sex sounds decidedly unsexy, but it doesn’t actually have to be that way. Did you know that you can actually attach a photo to a Google calendar event? Well, I bet your partner didn’t know either, which makes for a fun surprise in an unexpected place.

Scheduling sex also gives you a lot more opportunity for ambiance. When you know what’s going to happen in advance, you can get the kids out of the house, light some candles, and be as loud as the hell you want.

A lot of couples already have regular date nights. Is what they’re doing really so different from actually scheduling intimacy? Clarifying your expectations with your partner just makes it more likely that you’ll get what you really want out of the experience. 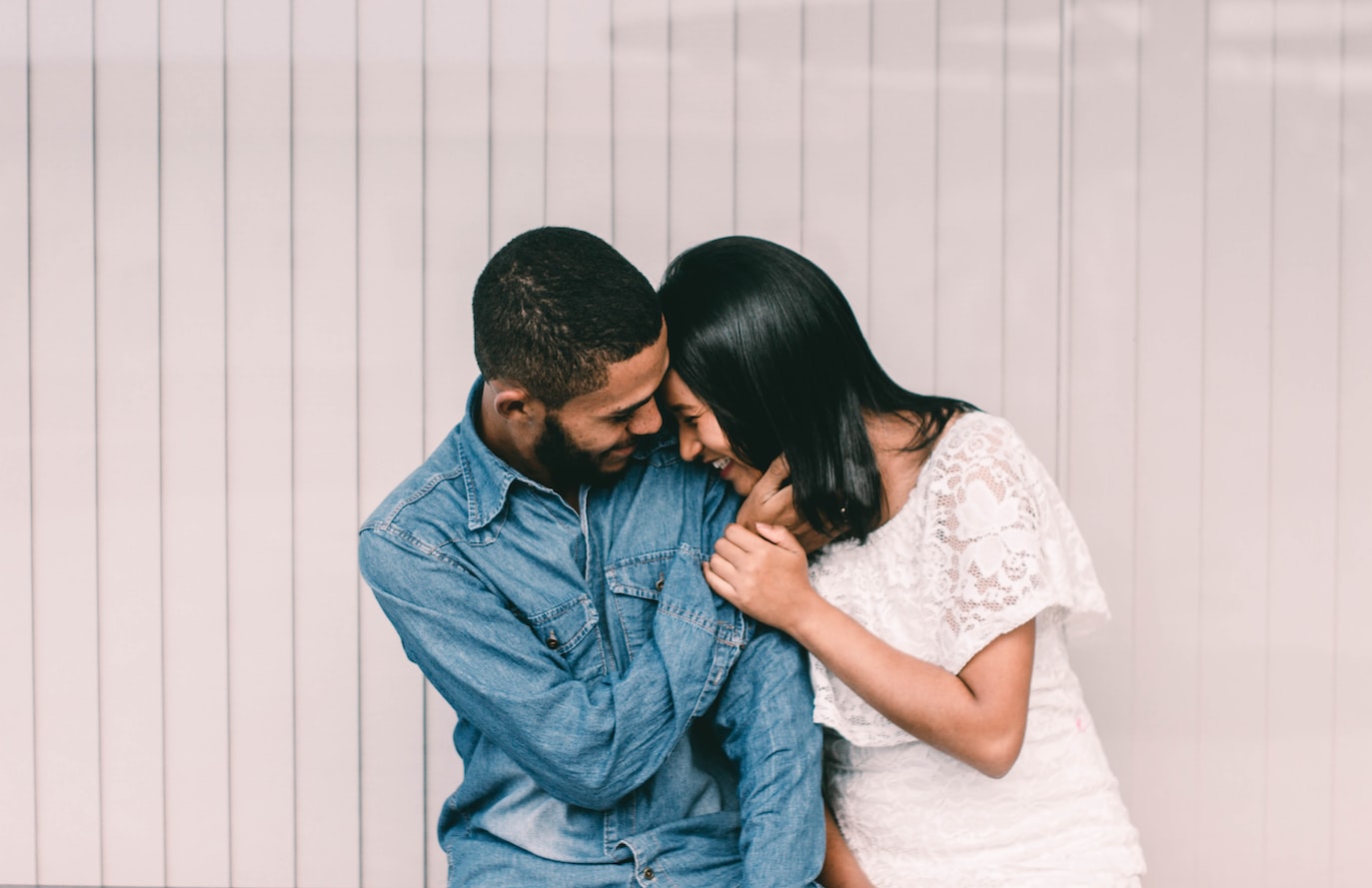 A lack of sex in your marriage can be a sign of serious issues, but it doesn’t have to stay that way. Once you have the tools to identify the underlying causes and overarching worries, you can open up the lines of communications, and that’s almost always the first step in getting back your mojo.

If the love is still there, then the lovemaking can always come back. So, sit down with your partner and get talking. Clothing optional.

In the next article of this series, we discuss the warning signs of divorce.