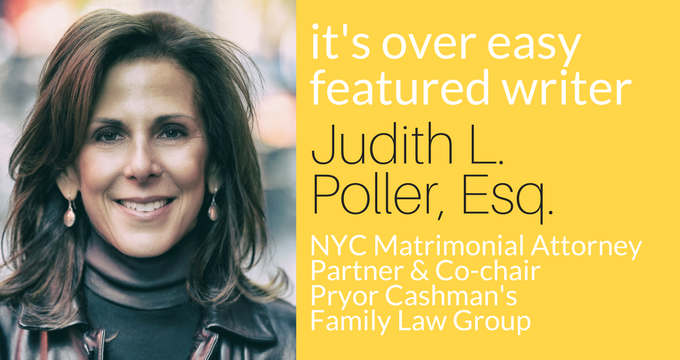 Prenuptial Agreements on The Rise: Millennials Grow Up and Wise Up

Prenuptial Agreements, or “prenups” as they are often called, are legally binding contracts that couples sign prior to their marriage for the primary purpose of determining how their property will be divided or distributed in the event of divorce or death.

How will assets and liabilities be apportioned, will there be spousal support and if so, how much and for what length of time? What will the rights be for the surviving spouse in the event of the decedent’s death? In the absence of a prenup, these matters are typically governed by the law of the state in which the couple is residing at the time of the divorce or death.

State laws vary. For example, under some states’ laws (“community property” states, such as California and Texas), all property obtained by either spouse during the marriage is considered marital property. For a divorcing couple that lives in one of those states, the law dictates their marital property will be divided equally between them. This division is contrasted by the laws of the majority of states (“equitable distribution” states) where marital property is divided equitably between the parties – a concept which is often fraught with litigation.

Prenuptial agreements have long been used to modify or override those laws, typically when (A) one or both spouses-to-be have or anticipate obtaining substantial assets, (B) people who have children from a prior marriage wish to ensure that those children get some or all of their assets if or when the marriage ends, or (C) if one member of the couple owns an interest in a family or other privately held business and wants to ensure that in the event of a divorce the intrusive process of valuing that company is avoided. By entering into prenups, the parties can ensure that the division and distribution of their assets and obligations in the event of divorce or death is governed by their own agreement rather than state law.

The use of prenups appears to be on the rise. The American Academy of Matrimonial Lawyers (AAML) reports that 62% of practicing family law lawyers saw a substantial increase in the number of clients seeking prenups over the past several years. Much of that increase seems to stem from the millennial generation – those born between 1981 – 1996 – who are getting married for the first time, have no prior children, and who do not have substantial pre-marital assets (although they may have accumulated some assets) or the expectation of large inheritances.

What is it about this generation that is making them more desirous of and comfortable with prenups? Let’s start by looking at some marriage statistics. In 1965, the average marrying age for women was 21, and for men, it was 23. The Knot 2017 Real Weddings Study reports that in that year the average age for marriage is 29.2 for women and 30.9 for men. A recent Urban Institute Report predicts that a significant number of millennials will remain unmarried past the age of 40 (Gottman Institute). Millennials are postponing marriage and accumulating assets of their own along the way while focusing on the advancement of their professional careers. Also, women increasingly make up a greater percentage of the work force and therefore as a group tend to contribute more to a family’s income than previously. Pew Research Center says that 72% of millennial women are employed, and according to the AAML, 45% of attorneys interviewed said more women were paying alimony to their spouses after getting divorced than in prior years. This tends to make them more inclined to look to prenups to create certainty for the future.

Moreover, more women are deferring having children in order to focus on establishing their careers. Employers are beginning to offer more benefits to encourage women to focus on their employment and delay having children. For example, a growing number of companies are offering coverage for the costs of egg freezing – an expensive process! The technology sector, not surprisingly, offers women the most generous benefits in this regard. Facebook, Uber and Pinterest each cover up to four cycles of egg retrieval while Alphabet, Microsoft and AT&T each cover up to three cycles, according to CNBC’s reporting and Fertility IQ.

As a generation, millennials have been exposed to a number of factors that make them focus more on the importance of protecting themselves and keeping their financial independence during and after marriage. Just as they were entering and establishing themselves in the workforce they experienced or witnessed firsthand the turbulent financial crises of 2007 and 2008 and the ensuing Great Recession. Many of them are also the children of divorce and may be predisposed to protect their interests and have been coached by their parents to do so. Moreover, many of them are compensated in part with stock options or other ownership interests in their companies. They’re also involved in more entrepreneurial endeavors - creating wealth through their own business startups and intellectual property. Many of these interests are difficult and expensive to value when a marriage ends.

The prenup process is not always easy. There are timing issues. It is not easy to plan your divorce or the consequences of death at the same time you are choosing your first dance and floral arrangements. It can be fraught with tension and the potential for disagreements. It entails disclosure of financial assets and liabilities to ensure that the parties have the full picture to understand the rights they are waiving. Such disclosure can feel intrusive, but it is essential to a valid and binding agreement. So the best way to ensure that there is as little friction as possible is for couples to discuss the need for and desirability of a prenup as early as possible, even before engagement. For the same reason, a couple should negotiate and sign the prenup well in advance of the wedding, so that the focus can be solely on the wedding details.

As for the terms of the prenup, each spouse-to-be will need the guidance of a lawyer. Every state has different laws regarding what constitutes marital and separate property and how it is to be divided and disposed of in the event the marriage ends, as well as what a spousal support obligation may or may not be. Couples considering marriage need to know what those laws are in order to address whether and how to override them. With a timely and well-drafted prenup, the parties can avoid most or all of those laws that do not suit them and assign their own terms and standards.

Uncomfortable moments are inevitable for the couple discussing a prenup. While counsel’s primary role is to provide guidance, the couple (not the lawyers) should be doing the heavy lifting with respect to negotiating disputes about the terms. A couple that has been well-informed by their respective counsel as to what laws will apply and how similarly situated couples often deal with these issues, must then sort through the specifics and their feelings around the particular provisions. Communication is key. The goal is for the couple to finalize an agreement that address all possibilities and provides future resolution for any potential dispute. Getting the agreement signed allows them to embrace the joy of preparing their wedding and the hope of living happily ever after.

Judith L. Poller is Partner at Pryor Cashman where she co-chairs Pryor Cashman’s Family Law Group. She is one of New York City’s most prominent matrimonial attorneys. Judy’s emphasis on confidentiality and discretion and proven ability to affect the desired outcomes of her clients have cemented her reputation as a premier counselor for high net worth individuals, executives, entrepreneurs, celebrities and their spouses.