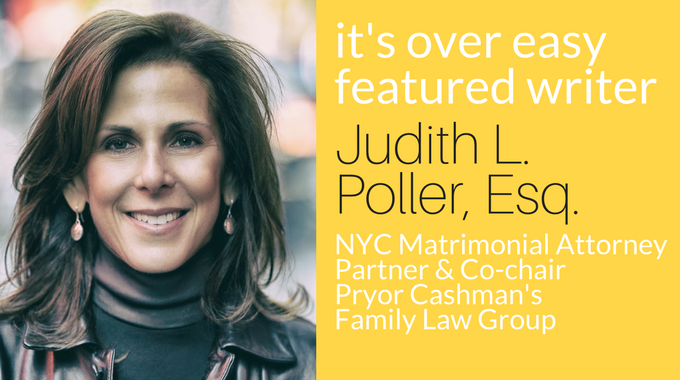 When a couple gets divorced in New York, the rules of “equitable distribution” will be applied to divide the property earned or acquired during the marriage. While this may sound relatively straight forward, what is “ownership” of marital property and what is “equitable” can take on quite a life of its own and are quite frankly, far from straight forward. The premise of equitable distribution is that marriage is, among other things, an economic partnership of equals. But, equitable does not mean equal and New York law requires that the contributions of each spouse be considered in determining a fair distribution. In the heightened tensions of divorce, “fair” can be challenging and elusive.

As a starting point, there is a presumption under New York law that any property acquired from the date of the marriage through and until the date of the commencement of a matrimonial action (not just physical separation) is marital property. In certain instances, parties may enter into a signed agreement in which they determine some other ‘end date’ for the accumulation of marital property.

Marital property is very broadly defined under New York law. If someone claims that an asset is their “separate property,” and should not be shared, the burden shifts to that person to prove such claim. Separate property includes:

Even if you keep separate property separate but it increases in value during the marriage, the appreciation may or may not be marital. This depends on whether the growth is “active” or “passive.” “Passive” is appreciation that is due to market forces – your premarital real estate that increases in value because the real estate market is strong, for example. “Active” is appreciation that is due in part to the direct or indirect contributions of the titled spouse.

Here’s an example: After Jennifer marries Mark, she is offered a job as an investment advisor at Merrill Lynch. Jennifer already has an investment account that she started before she got married and the account grows during the marriage. Since the increase in value is from the active efforts of the spouse who goes to work in this industry, the growth (increase in value) is marital and that would be subject to equitable distribution in Jennifer and Mark’s divorce.

Once you have determined the marital assets and their value (the valuation date of an asset can be an agreed upon date, the date of the filing of a divorce action, or the court can decide the appropriate date, including the date of trial), New York law considers 14 factors in determining what is fair and equitable on a case by case basis:

In shorter marriages, it is very unlikely that marital property will be divided equally. Even in longer marriages, while there may be a greater likelihood that there will be an equal division of marital property, this is far from guaranteed and assets will be closely scrutinized to determine the appropriate percentage to be shared between the spouses. Residential real estate and financial accounts are easier to argue for an equal distribution. But if the asset is a professional practice (like a doctor’s office) or a business (like a restaurant or construction business), the non-titled spouse will generally be awarded between 10 to 35 percent of the value of such asset - not a piece of the business itself - but a sum of money or an offset to the other assets. Much testimony will have to be heard to establish the percentage and why the non-titled spouse should get a share of the sweat, tenacity and efforts of the titled spouse who goes to work and has built a value to the business. The non-titled spouse will argue that there is no way that could have happened without his or her efforts to take care of the kids, entertain the colleagues, help with the books and records of the business, etc. Equitable Distribution of these kinds of assets is highly charged and a very emotional part of the process. If there are assets that require valuation or a determination of the appropriate percentage share to each party, it’s over easy has a useful directory of legal and financial professionals to help. Once the parties reach an agreement on the assets in question, that agreement is then provided to it’s over easy. From there, that agreement will ultimately be included as part of the divorce judgment.

New York does do things its own way. When you go down the road of divorce with assets involved, just be prepared for some bumps, swerves and unknowns along the way.