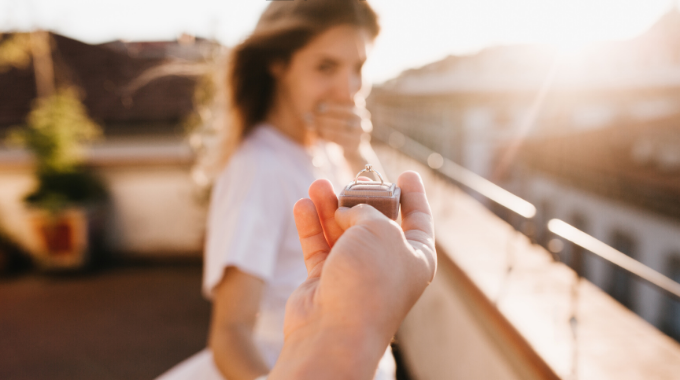 The Millennial Approach to Marriage

Back in the day when Gen-Xr's, Baby Boomers and those born before them used to get married, many of them considered "holy matrimony" to be sacred. If two people decided to walk down the aisle and "tie the knot," that knot was until death do you part--and in some religions, there's a belief that an earthly marriage even extends into the afterlife.

Today, millennials and Gen Z see it differently and consider the act of marriage to be optional. Unlike their parents and grandparents, they see marriage as a choice, not an obligation.

In this article, we’ll discuss how things have changed, why has this happened, and other related issues. Stay tuned.

Everyone is Chasing Their Career Today

There used to be plenty of housewives, remember? Do you know any young housewife today? Hardly.

The reason for this is that times have changed. There were so many social changes in the last century, especially after the 1980s. With the changes, the understanding of marriage has evolved, too.

Nowadays, more than a third of the entire working population is made up of millennials in the US. However, women are still trailing behind men in terms of employed individuals. In 1999, the number of employed women peaked at 60%. Today, around 57% of women participate in the labor force, which is a low number compared to 69% of men.

Still, the situation is much better than 50-70 years ago. For example, in 1950, 97% of men aged 35-44, which is considered a man's prime working years, participated in the labor force. At the same time, only 39% of women were employed. This shows that women were encouraged to accept their role in society as subordinate to men, and to stay at home.

The connection between career chasers and marriages is obvious. Women changed their way of life, and marriage as a social institution has also changed.

The Number of Divorces Follows This Trend

The number of employed women was rising in the 1970s and 1980s, reaching a peak at the beginning of the 1980s. These are the years when the US experienced a peak in divorces, with around 5.2 per 1,000 citizens.

Today, divorce statistics show that the number is around 3.2 divorces per 1,000 people. The number has been dropping significantly since the beginning of the 21st Century. Still, in this sense, it’s important to note that the number of marriages has also declined in the last 20 years.

The rise of the internet made another revolution in modern society — everyone’s online. According to Statista, around 87% of Americans are connected to the internet. They read the news, watch sports games, follow celebrities, date and divorce online.

The younger generations are especially internet-dependent. Gen Z doesn’t even know what it is like to live without the internet, and their understanding of marriage is completely different from their parents and grandparents.

Even though it’s now easier than ever to find someone to communicate with online, many young people feel like they not able to make lasting connections that can stand the test of time. The choice is more extensive, but it seems like the expectations are now even more prominent.

Social network users often believe what they see on influencer and celebrity feeds. It can seem that everyone is beautiful, wealthy and wise. It isn't always clear when marketing messages are integrated seamlessly into the messaging of someone we follow, but the almighty social network influencers are more marketing than reality. They are people just like everyone else.

At the same time, for married couples, the internet is causing a lot of problems. One of the most common reasons for filing for divorce is adultery. Sure, there was adultery before, but today, the internet makes this easy for everyone. In a way, the internet helps people get together and get married, but it helps them separate too.

Marriage is Considered an Option, Not a Rule

If you ask people born before the 1970s how they see marriage, most of them will tell you that they were raised to believe married life is a regular step in everyone’s life. Getting married and having children used to be one of the reasons why we exist on this planet. That’s what people thought back in the day.

The liberal way of life adopted by many born after 1970 has changed this view. Millennials and Gen Z, who are just getting involved in adult relationships, are more open to cohabiting than perhaps the generation that preceded them.

Younger generations understand that they don’t need to exchange vows and swear on the Bible to love each other. The law does not bind their love. If they do love each other, no law can change that.

Generally speaking, millennials and the younger generation have less faith in the durability of marriage than their parents probably did. Twenty-somethings today see marriage as potentially problematic because the statistics for divorce are so high.

So with all this in mind, millennials think - why get married when chances are I’ll divorce just like my parents? Even if I do get married, it still means nothing because divorce is always an option, so why waste time on it?

The Picture of Marriage Has Changed

More and more couples now live together just like they’re married but without the official paper stamped by the officials. Unlike people from the middle of the last century, youngsters now consider premarital sex and living together without being married as a necessity. The sexual revolutions in the 20th Century 70s changed our understanding in the 21st Century, not just about relationships, but of marriage too.

As a final thought, we can say that marriage evolves with social changes. In the last 100 years, the trends have gone up and down. There’s no doubt that in the future, this is going to continue. Marriage has existed for ages, and will continue to be an important part of our society.

The impact that tech has had on the way we interact and communicate is profound. This will no doubt continue to have an affect on relationships, particularly our closest ones.

Yuliia Litvinchuk is a content coordinator at LegalJobSite.net with an unquenchable thirst for studying relationships in all their complexity. You can often find her at her computer locating the latest information in the field. When not working, she can be spotted watching 80s and 90s anime and reading sci-fi comics.

For more on relationships and relationship advice check out our podcast All's Fair With Laura Wasser.