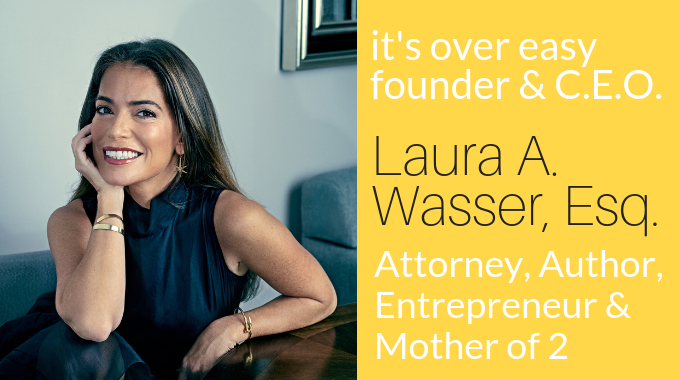 How To Divide It All Up?

I had just taken the CA Bar Exam and was waiting for my results. Despite a lovely (and expensive) wedding fourteen months earlier we thought that cutting our losses, going our separate ways and chalking the whole affair up to a “starter marriage” was likely the best option. Notwithstanding some necessary and sophisticated wedding gifts (which according to Emily Post need not have been returned as we had made it past the one year mark and had already sent literally hundreds of hand written thank you notes), a financed Jeep Wrangler, our Staffordshire Bull Terrier, Raul and a futon that had travelled with me from Berkeley after college, we did not have much in the way of assets to divide. In terms of debt we had some credit cards to pay off and we each took one and the airline mileage plan miles that came with it and called it a day.

Prior to moving out of our rented house in Laurel Canyon we each inventoried the items we wished to take with us to our new, smaller, rental residences. Having taken a community property course in law school and being the daughter of a divorce lawyer I knew a bit about the character of our belongings.

Anything one brings into the marriage (i.e.: my futon) is separate property and stays with the person who brought it.

The separate property characterization also attaches to anything which is given to you alone as a gift, an inheritance or earned after the parties separate but before the division of assets or divorce is final (for example, if parties separate and one party writes a song filled with sorrow, despondence and heartbreak about the breakup that song (melodramatic or not) is separate property and if it hits the Billboard charts the person who wrote it receives the spoils as opposed to the one who inspired it simply based on the timing of when pen was put to paper. In CA, community property is defined as anything produced or procured, during the marriage with funds earned during the period.

So back to the point, how to divvy it all up? In the case of my ex and I, for better or for worse, we didn’t have much. Our bank accounts were sparse and beyond the Jeep we were still paying off, we had no real assets of monetary value. Completion of the necessary court forms on which we listed the few assets we did have didn’t really take specific furniture, furnishings, appliances and personal property into account.

I knew he had his eye on our dining room table and six chairs. I wanted our bed and luxurious Frette sheet set (a wedding gift from one of his parents’ European friends and nothing I was likely to be splurging for on my own anytime in the next decade). We alternated taking turns with our stuff like picking teams for a game at recess. As we chose items we tagged them with post it notes, blue for him, yellow for me so that we could keep track and make it easier for the movers who would be there later that week. Each of us kept our own clothing and jewelry/watches. I kept my mother’s china (which I have still never used) as it fell into the separate property category and we had a minor setback in the amicable division when we came to the fancy espresso machine received as a wedding gift but never used. This was resolved by a coin flip (he won) and double item pick on the next turn by me.

The general rule is that each party receives property valued at the same amount.

List all of the items you are keeping on one side of a balance sheet and all of the items your spouse is keeping on the other (IOE provides our Community Property Balance Sheet as a part of the platform to make it easy) calculate the value of each party’s column and figure out how close to equally you have divided things up. If an adjustment needs to be made you can move an item or two, equalize by a cash payment or….here’s a novel idea…. let it go.

Important to note is that the value of an item is what you could get for it at a garage sale or on Craig’s List not what you paid for it.

I have seen couples take photo/video inventories of their household items, furniture, furnishings, appliances and art and resolve the division that way. Many insurance companies insist that you keep a list of your personal property so that is a good resource as well. Remember, it is just stuff and the vase or candle stick you are fighting for today will likely not bring you nearly as much joy as you think it will. Let it go and buy another, newer, all-your-own version to enjoy. Almost everything is replaceable and with the money you are saving by not having to pay expensive attorneys to write $100 letters regarding $75 dollar decorative pillows you will have more to buy new furnishings.

For one of a kind items like memorabilia, photos and what I call “kid-art” there are amazing replication sites and services where I have seen clients reproduce full photo albums and walls of elementary school art projects. There is no need to fight over these items when you can each have your own version of Madison’s 5th Grade Still Life of Pear, Baguette, Bird and Wine Bottle. Books, DVDs and vinyl – what can I say, do these even get divided anymore in the age of downloading and streaming? If so, same premise, be cool. If you guys do this well, you can always call up and ask to borrow the Metallica, Master of Puppets album later in life.