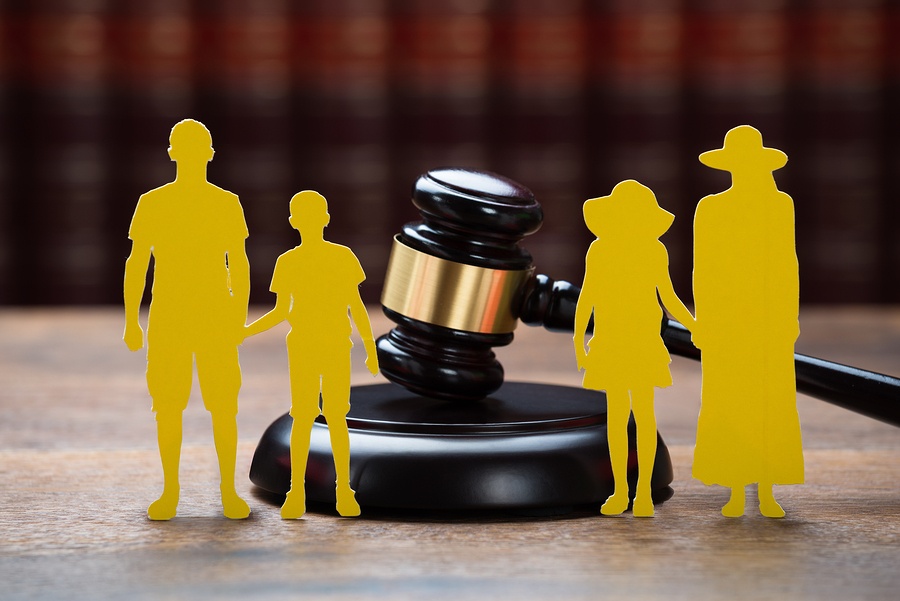 Difference Between a Separation, an Annulment, and a Simple Divorce?

When people consider the end of a marriage, they're usually thinking about a simple divorce. That is how most marriages end, but it's certainly not the only option. When you and your spouse come to the end of your married life together, you may be confused over the difference between a divorce, an annulment, and a legal separation. Each of these is a unique way to end a marriage, and one option may be preferable to the others, given your family's situation. Before you file papers or are served with papers by your spouse, it's important to get familiar with these terms and decide whether a divorce, a separation or an annulment is best for you.

What Is a Simple Divorce?

Divorce is the definitive end of a marriage. In a divorce proceeding, one party petitions the court to dissolve the marriage contract and assign property, support, custody and visitation orders that are, in theory, permanent. Once the final divorce decree is signed by a family court judge, you are no longer married, though you may still have some relationship with and obligations to your former spouse. Divorce decrees have the force of a court order, and parties may be found in contempt of court if they do not abide by the terms of the agreement.

States vary in their requirements for granting a divorce, but most today allow so-called "no-fault" divorces. In these proceedings, it's enough for one party to assert that the marriage is no longer tenable due to "irreconcilable differences." Depending on the state, you may have to pass through a trial separation before the final decree is granted, or you may have to wait for a "cooling-off" period of six months or so. Depending on your circumstances, the court may order you to transfer property to your spouse, split the family's debts, pay a fixed amount of alimony and/or child support, or to abide by a custody order that determines where the children (if any) live and who will make the decisions regarding their care. In addition to all of that, the court may impose secondary orders that are just as binding, such as a requirement that neither party speak ill of the other within earshot of the children or a protective order in the case of domestic violence accusations, for example.

What Is a Trial Separation?

Separation is different from a divorce, though some states require you to formally separate before you can file for final dissolution. Separated couples are still married, and they may even carry on living in the same house together, but a separation order may settle a few contentious issues before the divorce proceedings and may speed up the process when the time comes to split for good. One often-overlooked advantage of a legal separation is that, by acting as a sort of mini-divorce, it may give the couple a chance to reconcile and call the whole thing off without going all the way through the divorce process.

Though a separated couple is not properly divorced, the agreement formalizing the arrangement may include support orders, so that one party has to pay child support or even send a monthly alimony check to the person they're still married to. Like the divorce decree, the separation orders may include extra clauses, such as an injunction not to take on any more shared debt or to allow for dating other people without treating such relationships as adultery. In community property and no-fault divorce states, these terms may not be very important, but it's usually a good idea to get a formal arrangement of some sort during a separation, even if the two of you are still working on a reconciliation.

As you're negotiating terms for your separation, remember that the court will not necessarily be bound by prior agreements if it comes to divorce. That is, if you and your spouse agree that no alimony should be paid during the separation, it may still come up as an issue in a divorce. Likewise, for the custody and visitation arrangements you've reached, though most courts are loath to interfere with any reasonable terms two parents have agreed on in advance.

What Is an Annulment?

Annulments are a special kind of dissolution in which the marriage contract is not dissolved but voided as if it had never existed. This is an unusual way to end a marriage, but it may be the best option in many cases. Requirements vary between states, but annulments almost always require one party to prove that the marriage would not have happened if the relevant facts had been known at the time.

One example of this is fraud. If your spouse can be shown to have materially misrepresented him or herself in some way, then an annulment may be possible. A prior marriage, for instance, may not have been fully dissolved before you got married, which would render the second marriage contract invalid from the start. A fraudulent effort to earn residency or citizenship may also be grounds for annulment, in which case the person who did it may have to find another way to legally remain in the country.

Your marriage may also be annulled if you can make the case that you, personally, would not have agreed to the marriage if you had been in possession of certain information. If your spouse was not honest about his or her inability to have sex, for example, or to bear children, and this was important to you, then an annulment may be possible. Other grounds for annulment include marriage to a person who was a minor at the time or to a person who misrepresented their health status or other important details.

Which Is Right for You?

No one knows your marital situation as well as you and your spouse, and ultimately, it's up to you which path you choose in your marriage. Read through our other articles on these subjects to get a clearer picture of whether a separation, annulment or divorce is best for you, your spouse and your children.

Why, When and How to Respond to a Simple Divorce Petition

For most people, getting served with a divorce petition is a blow, even if you've been expecting it for some time. Seeing it in print, on official documents, that your spouse no longer wishes to be married is always jarring. Those papers are for your benefit, though, and they contain valuable information you'll need to protect yourself during the trying days ahead. When the divorce papers come, it's in your interest to file your response in a timely manner and make sure it contains the important details you want to get on the record.

Whether you're contesting a simple divorce or cooperating in the process, and whether you have a lawyer or are hoping to pull off a do-it-yourself divorce, your response to the initial service will set the tone for how the process unfolds from that point on.

What to Do When the Papers Come

The divorce petition is your spouse's formal request to the court to dissolve your marriage. By law, you must be formally served with this notice and given a chance to respond. Some people avoid the process server, perhaps out of an emotional reaction to getting the bad news, but this is counterproductive. The divorce petition has probably already been filed with the court, and delaying the service only reduces the time you have to read the papers and formulate your reply.

When you get the papers, carefully read what your spouse has written; there might be important details in the other party's account that you need to dispute. Remember, these are official court documents, and any assertions your spouse makes that you don't contest will be treated as facts by the court. The packet you get should include a blank form that lets you write your own account of the situation and correct any misunderstandings before your court date. The judge will almost certainly read both parties' accounts and give you both a chance to talk.

The Clock Is Ticking

When your spouse filed for divorce, the court accepted the petition and scheduled a hearing. This is your court date, and it's usually several weeks in the future. Your copy of the papers will have the time and place of the hearing printed on it. Just about every family court has a limited window for accepting responses; remember that the judge needs time to read both documents, and late filings may not be accepted. Your window to file varies by area, but there's no downside to filing as early as you reasonably can. Clear your calendar for a day and take your time with the response.

You might start by reading every line in the Petitioner's account and making notes of points you want to dispute. You don't have to answer every point your spouse has included in the petition, but if something stands out as incorrect or unfair to you, make a note of it and carefully consider your response. It might be a good idea to check through old receipts, diaries or other records to make sure your dates and details are as accurate as possible.

Pay attention to the court's preferred format. Some family courts have very specific requirements for how to arrange information in a response, and they may not accept your documents if they're too far from the preferred style. In all cases, you're writing for maximum clarity and to help the judge quickly find the relevant information in your reply. One productive approach is to write a short introduction with a (very brief) explanation of who you are, whether you're filing on your own or have representation, and whether or not you dispute any of your spouse's assertions. Below that, write a paragraph with multiple bullet points listing all the statements from the petition that you do not dispute. This helps the judge get a feel for the details you don't plan to argue over. Be aware that any points you concede will be taken as true and go into the record as undisputed.

If you disagree with any of your spouse's claims, add a paragraph underneath the last one with a headline like "Points in Dispute," and list the points you disagree with. For each point, give the shortest-possible answer you feel will cover the basics. In most cases, it's enough to let the judge know you disagree with a point and trust that you'll get a chance to talk about it in court.

Once you're satisfied with what you've written, go to the court where the petition was initially accepted and file your response with the clerk's office. You will also have to arrange service on your spouse — who, like you, has a right to see the court papers before the hearing. You may have to pay a filing fee.

When your documents are accepted by the court, there's nothing left but to appear at the appointed time and make your case. You can be confident that the judge knows there are always two sides to a story and will have read your side as carefully as your spouse's. Writing your response has probably helped you develop a clear picture of the case, where before it may all have seemed like disconnected details. With a response on file and a working knowledge of the case, you can relax.  Laura Wasser is working to make it easier for couples and families to get through a divorce. If you've been served with papers for a simple divorce, browse through her other articles to get a fuller understanding of where to go from here.