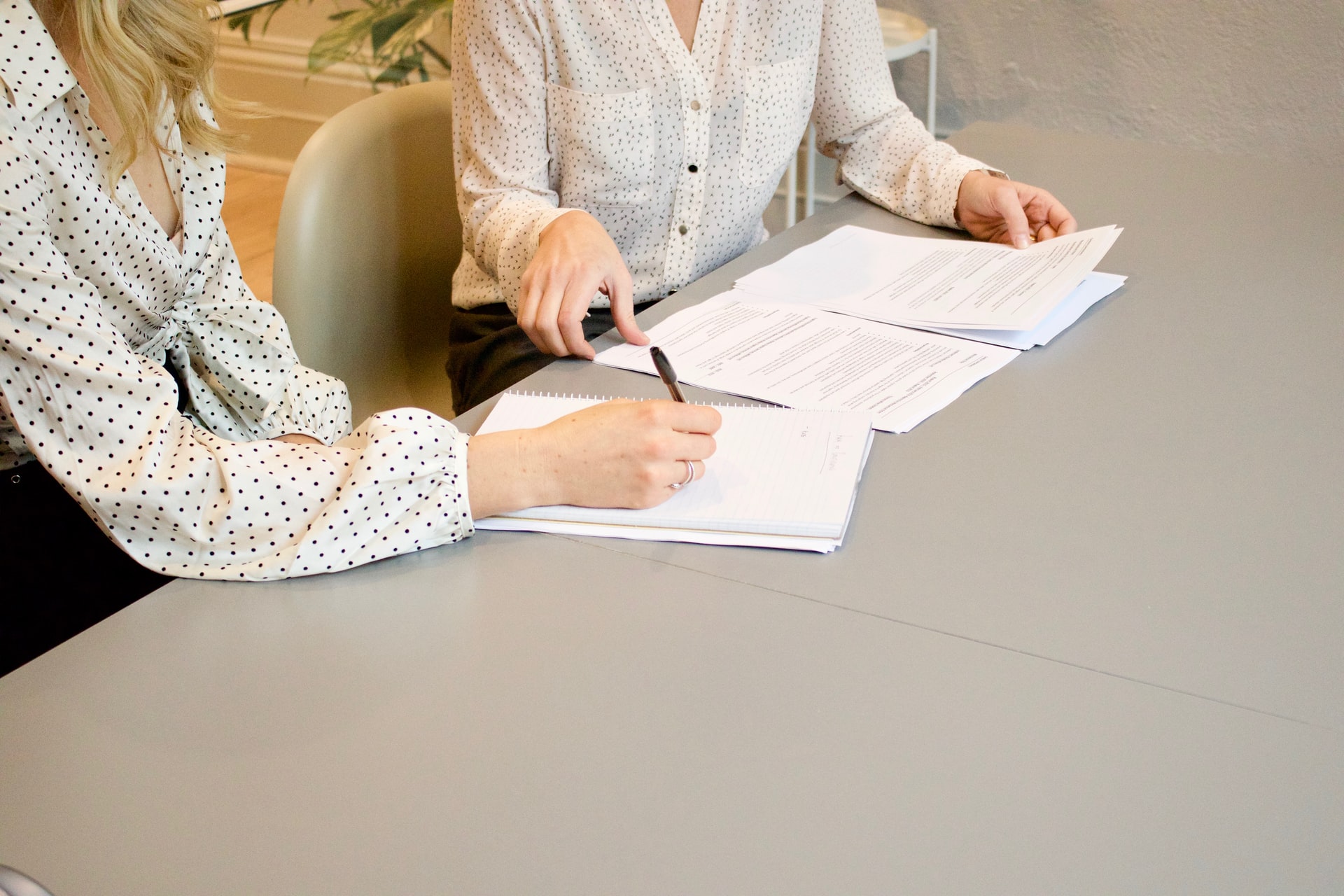 Does it matter who files for divorce first?

If it seems that you and your spouse are headed towards divorce, you may be wondering if it behooves you to make the first move. In a perfect world, easy, amicable, uncontested divorce would be the norm, in which case filing first wouldn’t really make a difference, but we know that sometimes a little more strategy goes into the divorce process.

If you’re concerned that you might have a particularly complicated divorce case on your hands, you might want to get some legal advice from an experienced divorce attorney who will be able to figure out the right moves for ending your particular marriage. In the meantime, we’d like to get you acquainted with some family law basics which might inform your choices in the immediate future.

Now that we’re all on the same page, let’s get into some information that might help you decide if you should file for divorce first.

Does it matter who files for the divorce first?

Before you retain a divorce attorney, you should know that there isn’t always any advantage to filing for divorce first at all. If you and your spouse are mostly getting along but your marriage just isn’t working out, then this information probably isn’t for you. However, if your marriage has disintegrated to the point where you need a divorce lawyer just to ask your spouse to pass the salt, then you’re going to want to read this very closely.

An Element of Surprise Can Protect Your Safety

While divorce law isn’t perfect, it is designed to do its best to protect vulnerable people, especially victims of domestic violence. Sometimes filing for divorce first even makes the difference between life and death. Keeping your spouse in the dark until the last possible moment gives you an opportunity to go to court and procure a restraining order before your spouse does anything aggressive to prevent this from happening.

Filing First Gives You First Dibs in Finding an Attorney

Many people don’t realize this, but usually once your spouse interviews a lawyer, that lawyer is ethically unable to represent you against them, even if your spouse chooses not to work with that lawyer. Depending on the rules of professional conduct for attorneys in your state, doing this might even subject an attorney to discipline from the State Bar.

Sometimes when a spouse really wants to fight dirty, they’ll go around interviewing every divorce lawyer within a hundred mile radius in order to prevent their ex from finding a good lawyer. We definitely are not encouraging that kind of behavior from you, but it might be a good idea to protect yourself from being a victim of this tactic if it sounds like something your spouse might do.

Even if you think your spouse would never stoop that low, it still might be a good idea to file for divorce yourself if you live in a small town or a rural area with low population density. If there is only one family law firm within convenient driving distance, it’s your prerogative to make this simple move to ensure that you are the party who gets the chance to work with them.

Filing First Can Give You Control Over the Date of Separation

If you and your spouse have already been living separately without hope of reconciling your marriage, then this doesn’t really apply to you. However, if you and your spouse are still under one roof, the court is very likely to see the date you file as your legal separation date.

Why does this matter? Well, it has implications for how your property might be split up. Any money earned between the date you were married and the date of separation is considered marital property, and any money earned before or after that period of time is considered separate property. In community property states, only marital property is fair game for dividing up, and it is always divided up 50/50. You and your spouse will automatically keep whatever separate property you each earned.

The Spouse who Files First Can Allege Fault

If you’re filing for a Wisconsin, Oregon, Washington, Nevada, Nebraska, Montana, Missouri, Minnesota, Kentucky, Kansas, Iowa, Indiana, Hawaii, Florida, Colorado, California, or Michigan divorce, then skip down to #5, because this doesn’t apply to you. However, if you live in one of the other 33 states, then this might be the biggest advantage of all.

In all but 17 states, if your spouse has done something wrong, then it might have a significant positive impact on the outcome of your divorce. That’s because the other 33 states provide a list of recognized fault grounds for divorce including things like adultery, abandonment, cruelty, or even impotence. The lists vary from state to state, so you’ll want to look into what the options are where you live.

In your complaint for divorce, you’ll have the opportunity to select from your state’s list of fault grounds or indicate that your divorce is due to irreconcilable differences which are neither party’s fault. If you do opt to allege fault, then you’ll have to prove it in court just like you would in any other civil case, which does unfortunately make for much more complicated divorce proceedings. If you prove it successfully, however, then you’re likely to get the better end of the divorce deal.

Once again, the law varies state to state, but usually the faulty spouse is completely ineligible to receive spousal support (a.k.a. alimony). In rarer cases, proven fault may impact how the court assigns child custody or divides up you and your spouse’s property.

When a divorce is particularly contentious, the initial filing can set off a maelstrom of tense emotions. This doesn’t exactly make for easy negotiations between the parties about how things are going to go before the divorce is final. That’s why courts will often put in place temporary orders at the beginning of the divorce process, which stay in effect until a final deal is reached in court, negotiations between your respective lawyers, or divorce mediation.

These temporary orders can cover everything from spousal and child support, to child custody and parenting time, to who gets to remain in the marital home. Of course, a temporary custody order doesn’t necessarily turn into a permanent custody arrangement, but when it comes to getting time with your kids, you’ll take whatever advantage you can get.

When you file for divorce first, you get the first opportunity to make requests of the court for what you want the temporary orders to look like. The court will then hold a temporary orders hearing in which your spouse will also be able to argue for what they want, but having the first word might set the tone and win you a slight advantage.

Disadvantages of Filing for Divorce First

The above list may have made filing first sound like a pretty sweet deal, but this strategy isn’t without its own costs. In order to give you the most well-rounded picture of your options possible, let’s go over some of the reasons why you might want to hold off on immediately lawyering up.

If You File First, You Might Get Stuck Paying the Filing Fee

In all 50 states, filing for divorce comes with some universal basic cost, regardless of whether you work with the most expensive lawyer in your state or go completely DIY. These fees range from about $100 to about $450, depending on where you live (in some states, it even varies by county). Whatever the exact figure is, the money is due at the time of filing, so whoever decides to file the complaint might get stuck paying all of it.

Now, in the grand scheme of things, hopefully this won’t make or break you, but $100 is $100, and you don’t want to spend the money yourself when your spouse would be just as willing to, especially if none of the above advantages really apply to you.

Keep in mind that filing the petition doesn’t always mean that you’ll pay the entire filing fee. Most states offer fee waivers, for one thing, or you can negotiate splitting it with your spouse on your own. However, filing first opens you up to the risk of getting stuck with this entire bill.

As noted above, sometimes surprising your spouse with divorce papers is the only reliable way to keep yourself safe. However, if you know that your spouse is a fundamentally reasonable person, then we encourage you to have that difficult conversation instead of just convincing yourself that your spouse must be able to see the signs.

Having the courage to tell your spouse that it’s over face-to-face isn’t just an act of kindness and respect. It also has the potential to make for a much more peaceful, amicable divorce for both of you. Doing this will show your spouse that you are going into this in good faith with a desire for fairness, which will discourage them from acting out against you.

Talking this out might even help to preserve some positive aspects of your relationship, which is especially important if you have kids together. If your greatest wish for your divorce is that your son or daughter comes out of it still feeling like they have a family, don’t wait until your closing argument to tell that to your spouse. Lead with that desire, and both of you will be able to maintain your humanity throughout this entire process.

Strategy has its place, and sometimes it can be a lifesaver, but above all else, we are in the business of promoting happy and healthy next chapters. If you believe that leading the way with honesty and grace will serve you well, then your own advice is all you need to take.