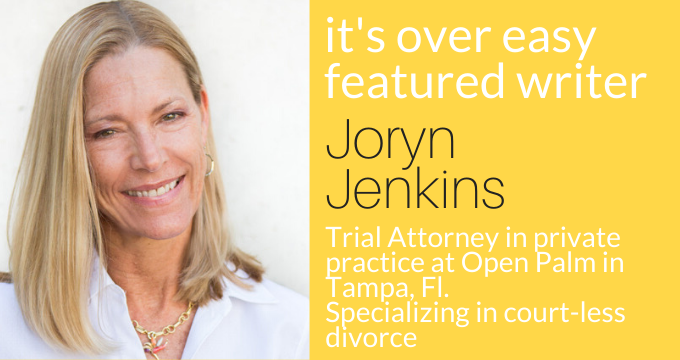 I’ve been practicing law as a committed trial attorney for forty years now, but it wasn’t until 2009, when I handled my third collaborative divorce, that I experienced that epiphany that collaborative professionals call The Paradigm Shift, i.e. realizing that divorces don’t belong in the courtroom and that there is a better way. But it’s not just about divorce.

I recently met with a middle-aged married couple, Paul and June (whose names I’ve changed here to protect their anonymity), who were researching a new service my law firm offers, something we call "Collaborative Life Planning." They wanted to address adultery, and how to move forward in their marriage despite it, if that was possible.

From our very first meeting, it was obvious that they were still in love with one another, laughing together over shared memories, and touching each other gently when making a point. When we discussed their histories, before they met and then as spouses, I discovered that they had both been divorced before they met, and that they wanted to stay married, despite the fact that one of them had committed adultery. The question was “How?”

Despite our many meetings, I never learned which of the two was the guilty party.

Paul was tall and lean with dark auburn hair, freckles, and hands that were elegant and firm when he shook yours with both of his in a warm double grasp. He dressed casually professional, always wearing a tailored short-sleeved collared shirt and lightweight slacks.

June was not quite as lean as her husband. She too was dressed casually, but my inner-fashionista noted that the stylish bohemian-chic dress she wore, embroidered with those bright colorful flowers, is couture. She greeted me with a tight hug, instead of the handshake that her husband offered. Her light brown hair cascading, curling with such body around her shoulders.

I began our initial meeting completely in the dark. “So, what brings you here?” I asked curiously.

Paul took the lead. “Well, we’ve had some recent issues in our marriage. But we’ve both been married before and don’t wish to get divorced, so we need to explore how to save our marriage in a healthy way.” As he said this, he looked at June, searchingly.

She nodded in agreement and picked up the thread of the story. “We’ve both got older children,” June continued, “and we enjoy parenting them together. Lexie is already in college and Taylor is about to be. And we’re both on good terms with both of our exes.”

“We also have one child together. Let me show you pictures so that you have faces to put to the names,” she volunteered, reaching for her phone and showing me photos of each child. She concluded, “Jamie is a freshman in high school.”

Paul waited until June was finished, and then he put it right out there, “There has been adultery in our marriage. But we don’t want it to rip us apart. We are strong believers that counseling can help people and relationships in need.”

“Yes,” June interjected. “We’ve been seeing a marriage counselor for several months, and she has suggested that we use the collaborative approach to help save our marriage. But we don’t really understand what that means or how it can be used if we don’t want to get divorced. So, we came to see you to find out more.”

“Who is your marriage counselor?” I asked.

June responded with a question of her own. “Do you know Esther Smith?” (not her real name)

“Oh, yes, I’ve worked with her several times in my collaborative divorces. She’s fantastic as a facilitator.”

“However, we can’t use her as your facilitator in the collaborative process. The facilitator has a different job than a therapist or marriage counselor does. This person will act in the process more like a coach for the whole team. She’ll be present during team meetings. She’ll ensure that we all understand what people are trying to say, that communications are heard and understood, and that the process runs smoothly. She’ll also make suggestions, based on her expertise, as to how you can ensure that the adultery doesn’t happen again, and how true forgiveness for things that have happened or for words that have been exchanged in the past can be achieved.”

“But,” I smiled, “let’s talk about what the collaborative process generally looks like, before we get into the specifics.”

They both nodded, so I went on. “We use the collaborative process all the time in life and marriage planning. The tangible result is usually what we call ‘a post-nuptial agreement,’ although there are sometimes third parties involved who may sign, as well.” 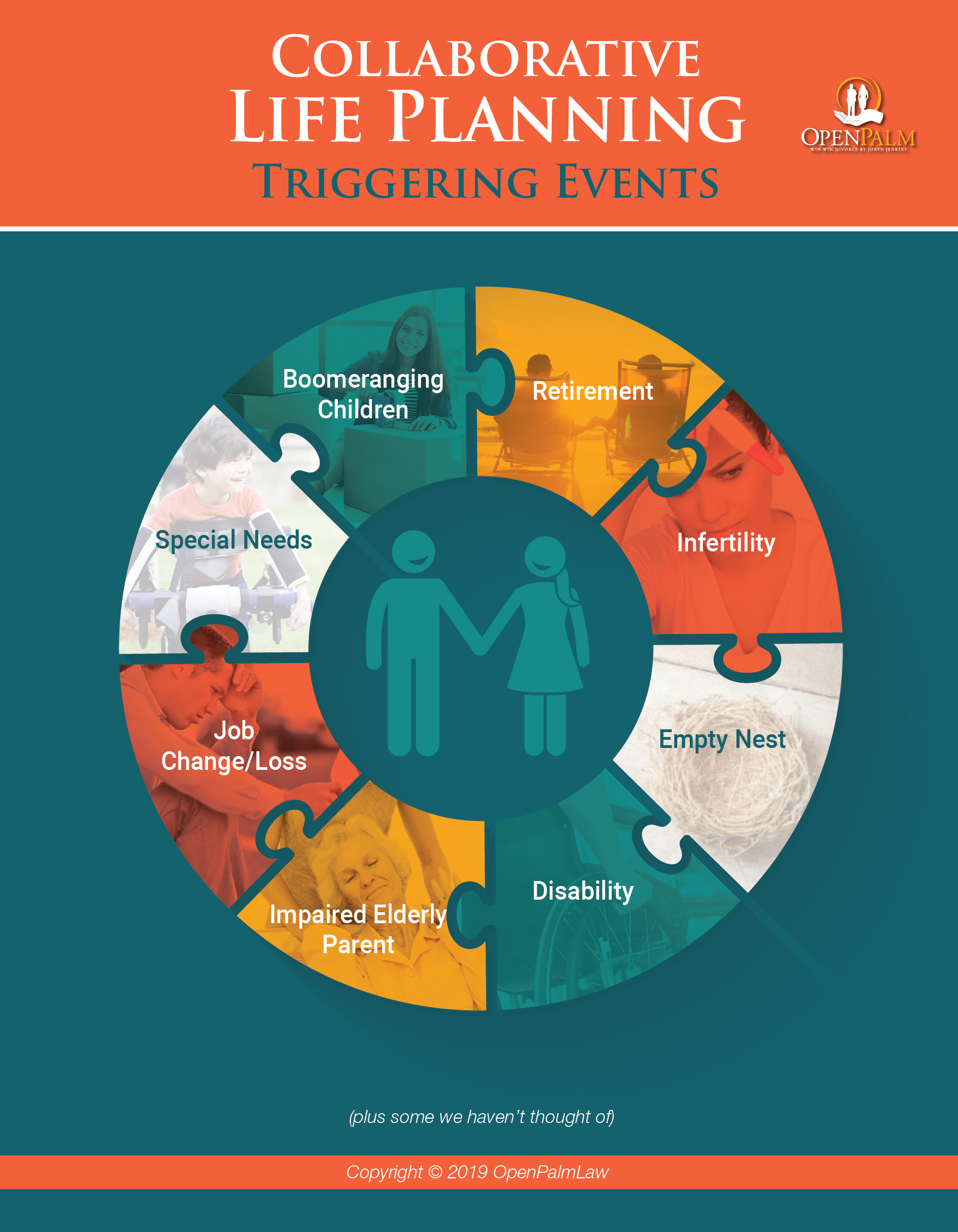 June looked quizzical, her eyebrows raised. I explained. “When the triggering life event involves an adult child, for example, boomeranging back home, or includes one of the spouses’ parents, who has become infirm and is moving in with the couple. How do you plan for those events? How do you handle the new financial stressors, the emotional tension that such a situation can cause? These are the types of triggering events that often eventually lead to divorce. We deal with them proactively in collaborative life planning, a process that’s like collaborative divorce, but with a different result.”

“As with a divorce, each spouse hires his or her own collaborative attorney, who acts as a trusted advisor to that client and who may also draft important legal documents. The only requirement for the assignment to be collaborative is that both lawyers sign a written agreement that they will disqualify themselves if the parties decide to litigate, i.e. to go to court, usually to get divorced. So, they have a strong interest in helping the two spouses to succeed, to reach an agreement.”

“Now, having said that, the two lawyers together, sometimes with the help of the couple, as well, agree on what other professionals might be necessary for the team to accomplish its goal in the best way possible. Usually, it will be a facilitator who acts as a coach for the team, as I described before, facilitating communication between team members and managing the team meetings.”

“Depending on the issues involved, because most of these triggering life events have a financial component, typically, there is also a financial neutral on the team.”

“There may be other professionals included, too, like a child specialist, a real estate expert, a probate lawyer, an appraiser, or whoever else we feel will be helpful, depending on the issues involved.

“In the collaborative approach to resolving issues implicated by triggering events, all clients involved agree to be open and transparent. They agree to use interest-based negotiation, rather than the position-based approach, such as what happens in court.”

I got up and walked to the back of the conference room where I had a stack of posters leaning against the wall. “And there are specific steps to the process.” I pulled out one of the posters to illustrate my explanation and tacked it up on the Velcro strip on the conference room wall. I continued: “First,

“That sounds fabulous! I’ve never heard of it before!” June exclaimed as Paul nodded.

Paul responded, “It does! I love that you end up with a written agreement. I think we really need that to be successful. I’ve got so much going on that I tend to forget the specifics of what June and I might have agreed to about who was going to drop off the dry cleaning and or who was going to pay the bill for Lexie’s college tuition, so this way, I know there will be less confusion.”

Deal With Problems Before They Destroy Your Marriage

“I couldn’t agree more,” I agreed. “I’ve seen so much success with the process. I think it’s wonderful to use, especially when spouses are trying to avoid divorce. In fact, that’s why we got started using this approach to dealing with triggering life events. My divorce work demonstrated clearly that these events were causing divorces, so the idea is to deal with the problem before it destroys the marriage.”

“At the end of the process, the spouses agree to a written document that defines and distributes roles in the relationship. Think of it as similar to a partnership agreement in a business. It sets the expectations and guidelines for the couple, including terms for periodic evaluation and feedback, as well as adjustment and revision. Most couples also agree that they will reunite the team if problems arise or a divorce becomes necessary.” I paused, to let all that sink in. “So, do you think the collaborative process is right for your situation?”

Instead of answering, Paul asked, “So do you always have a facilitator when you apply the collaborative process to a problem?”

“Not always,” I shook my head. “But,” I clarified, “our meetings are far more successful, more quickly, when we do employ a facilitator than when we don’t. And, keep in mind, licensed marital and family counselors bill at much lower hourly rates than do lawyers.”

“Okay. I’m good with that,” June commented, tilting her head. “Do you have a list of folks that you’ve worked with in the past?”

“Yes, of course,” I replied. “But I think I’d like to know the other attorney on our team before we start choosing the facilitator.”

“Well, I met with a collaborative divorce attorney when I thought our marriage might be heading in that direction. Peter Russell. I haven’t retained him yet, but if you’ll work with June, then I’d like to retain him as my attorney on the collaborative team. Do you know him?” 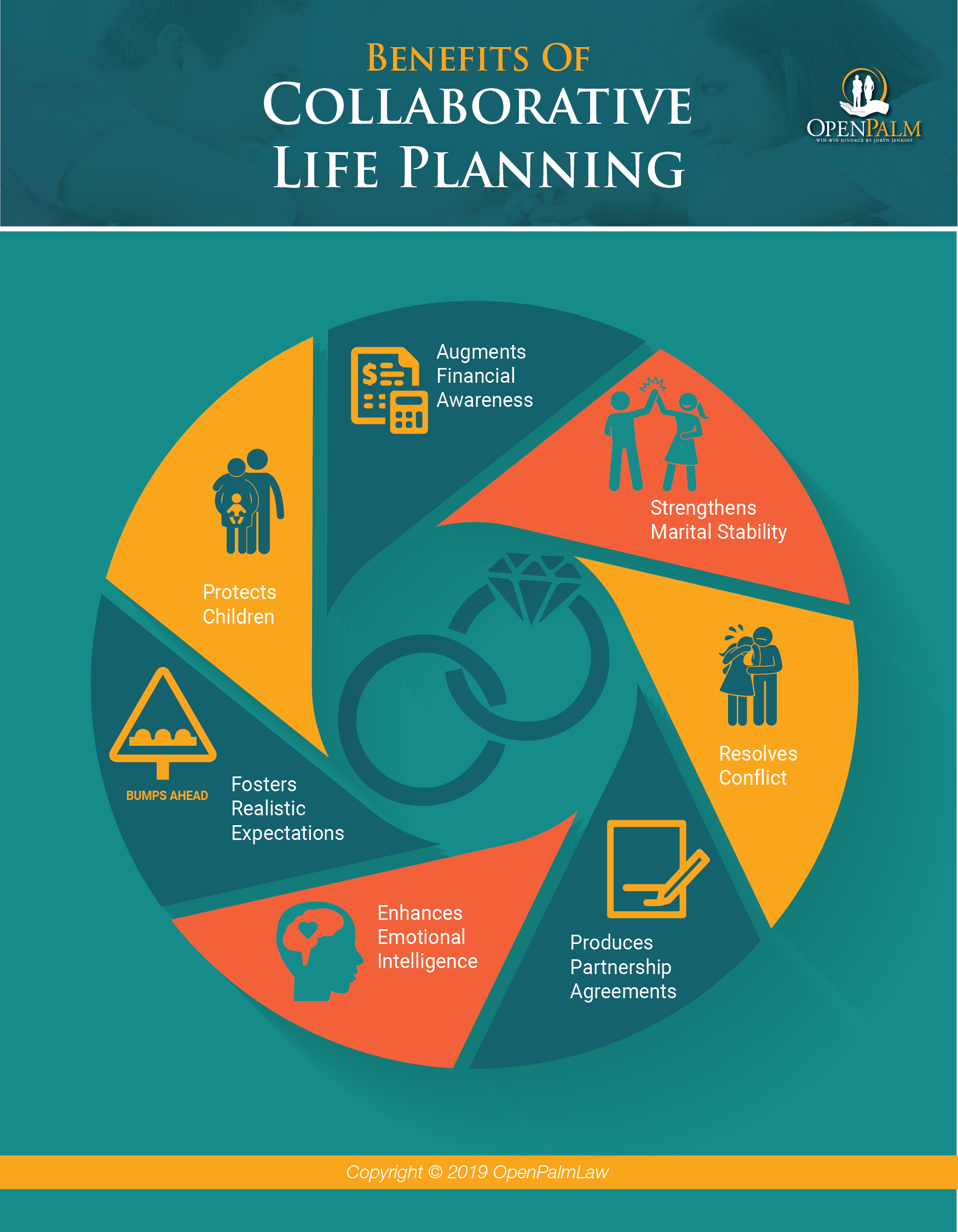 “Yes, he’s wonderful as well,” I replied. “I’d love to work with him again. He’d be great. He’s open and warm and a good communicator. He certainly seems to have made the paradigm shift from litigator to collaborator that so many attorneys have a hard time doing.”

“Then let’s get the ball rolling,” Paul decided, confirming his decision with an inquiring look at June. When she nodded in agreement, I smiled and excused myself to get June a retainer agreement and to get them both a couple of my books on the collaborative process.

Ultimately, our team created “bumpers” for this couple’s marriage. I wrote up the post-nuptial that provided that, in the event of a divorce, they would split their marital assets 50/50, after carving out the specified pre-marital assets. We also included a provision that, if another incident of adultery led to their divorce, the guilty party would pay the other an extra $200K of equitable distribution, after the 50/50 split.

Joryn Jenkins is a trial attorney with 37 years of experience, now in private practice at Open Palm in Tampa, where she concentrates on court-less divorce.

She is a well respected author of several books about the divorce process. While Joryn’s focus during most of her 37 years in practice centered on legal ethics in the practice of law, her current mission is, to “change the way the world gets divorced,” to inform folks as to the alternatives they have when it comes to the process of divorce, and to enlighten them as to which choices will best suit their families and their finances.