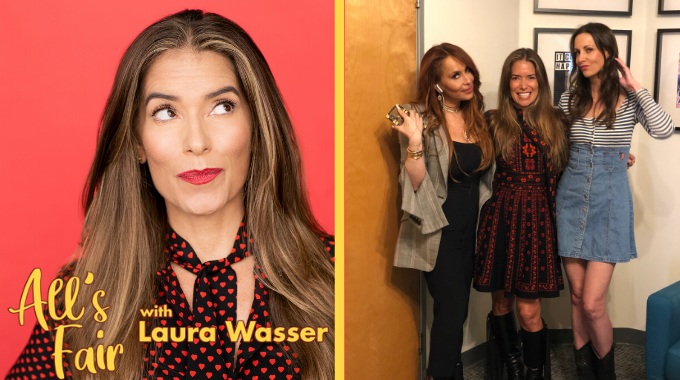 Two powerhouse gal-pals of Laura’s join her and Johnnie in the studio. First up, actress, comedienne and film star Liz Carey, most recently seen on Comedy Central’s Lights out with David Spade, shares the dark and hilarious details of her own divorce and subsequent break ups, all of which have positioned her as the one person her friends come to now for relationship advice—she’s got two engagement rings so she must know a thing or two! Then, newsmaker producer & talent manager Stella Bulochnikov arrives in the studio to tell her own shocking divorce story. Once everyone reveals their truth, the gloves come off and these powerful women in Hollywood share tips everyone can use to survive and thrive in their next chapter.