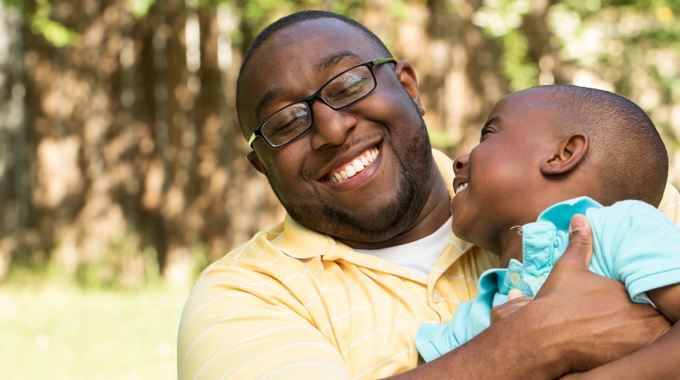 Divorce law is rapidly evolving on the subject of fathers' rights, and the change couldn't be better timed. In past decades, American families had a uniform configuration: Dad worked all week, Mom stayed home with the kids and divorce law was slanted so heavily toward maternal custody that the phrase "custodial father" was almost a contradiction in terms. That's changing fast, and fathers facing a custody dispute need to know how the land lies now to get the best deal for their children in a divorce.

Starting in the 19th century, British and American family courts adopted the so-called "Tender Years" doctrine as a guide to assigning custody. This doctrine held that children of a very young age — usually under ages four or seven — primarily depended on their mothers, so the court should award custody and control of the children to the mother as a matter of course. This became known as "maternal preference," and it was the law of the land for over a century.

Under the maternal preference system, divorced fathers had effectively no say in how their children were raised and no right to see them if they were of the court-determined tender years. Visitation could be arranged, but it was almost always at the discretion of the mother, who could modify or cancel the father's rights without necessarily giving a reason. Fathers could win custody in the early 20th century, but it almost always took hard evidence that the mother was unfit, and sometimes even going to jail wasn't enough to cost a mother her custody.

Changes In Work and Family

Culture started to change in the late 20th century. From the 1960s, increasing numbers of women entered the workforce and became breadwinners themselves. At the same time, cultural attitudes were changing about a father's role in raising his children. In addition, father's rights activists argued that automatic custody to the mother was a violation of the fathers' Fourteenth Amendment right to equal protection, as it discriminated against them for their gender. Gradually, courts began to agree. By the end of the century, every state in the Union had abandoned maternal preference in law, if not entirely in practice.

The Good of the Child(ren)

Maternal preference was gradually replaced with a new doctrine, known as "Best Interests." This standard, which is still the guiding light in custody disputes, is officially gender-neutral, though activists complain that in practice courts still favor mothers. It starts with an assumption of 50-50 custody sharing between divorced parents, but the court retains a lot of leeway on either side of that median to make sure kids have the most stable and least disruptive environment possible.

Getting the custody arrangement you think is fair demands that you make a case to the court that the solution you're asking for is in the best interests of the children. This starts by establishing a favorable status quo, since maintaining whatever arrangement the kids are used to is usually the least disruptive choice the court can make. Depending on your circumstances, this can involve:

In a typical joint-custody settlement, both parents have an equal say over major decisions in the child's life. Questions about insurance, medical care, school issues and other matters affecting the child must be decided by both parents working together, as neither one has veto power. As a father, you have a right to know about grades, disciplinary issues and health matters, the same way you would if you were still married.

You also have the right to see your children — or more accurately, the children have a right to see you — as often as your written judgment allows. The mother may not arbitrarily withhold contact with the children, but instead, must cite some legitimate concern for their well-being before canceling a visit. Modifications to the arrangement may be made by mutual consent, or by the order of the court.

Every divorce and custody case is unique, and nothing is a replacement for legal advice from a qualified attorney. If you're going through a custody dispute, or if you think you might soon be, it's in your and your children's interest to read up on father's rights in your state and to seek help where appropriate to ensure you're treated fairly.