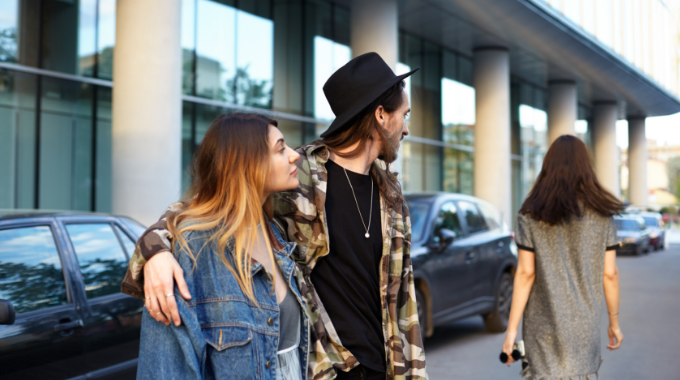 Is Monogamy Worth It?

Written by it's over easy Staff Writer, Aren Dumars

For the majority of Americans, monogamy is an integral part of the institution of marriage. Nowadays, you don’t even get married without the ‘same penis forever’ balloons at your bridal shower. Yet, studies estimate that more than 1/3 of married couples in America admit to having extramarital affairs. Cheating is a significant part of the western landscape, but the harsh truth is that most Family Law Courts do not consider it relevant during divorce proceedings.

This is the case in “no-fault” divorce, which prohibits a spouse from requesting that a divorce be granted based on the infidelity of the other spouse. This means that Family Law Courts will not penalize the spouse who cheated by awarding more alimony or a larger portion of the marital property to the spouse who was cheated on. A majority of the United States, including California, abide by “no-fault” divorce laws. So, if you think you’ll have your day in Court where you can tell the Judge how much of a lying cheat your spouse is, unfortunately, it will not happen.

But, just because cheating has no legal bearing in a divorce proceeding, does not make it any less of an emotional and psychological blow. Those who have been cheated on by their spouse know that it causes major psychological and emotional damage, including, but not limited to, lack of trust, paranoia, anxiety, and depression. One of the most severe symptoms of infidelity is the tendency of one spouse to blame themselves for the infidelity of the other spouse. But, many psychologists who study infidelity and monogamy find that it’s not that simple.

Many Americans are starting to be more critical about the practicality of monogamy. Even IOE’s founder, Laura Wasser believes that “humans were not really meant to mate for life” as stated in the Divorce Sucks podcast featuring Kris Jenner (3:33). We’ve done our research and compiled the most current statistics on monogamy and infidelity, so that if you find yourself in this unfortunate situation, you will have the information needed to make a complete evaluation of infidelity, untainted by emotion.

Many studies have found that no human being—male, female, or otherwise—is biologically programmed to be monogamous.

Evolutionary psychologists[1] believe that the human brain is wired to seek out as many partners as possible, which suggests that even those who are married are wired to desire extramarital affairs. This also indicates that when a couple has a successfully monogamous marriage, it is due to the right combination of non-biological factors such as open communication, mutual respect, and a close friendship bound by common interests.

Many psychologists argue that monogamy is a social construct that ironically sets a foundation for that which it is supposed to prevent—distrust, jealousy, and unease. Psychologist, Lucia O’Sullivan[2], believes that partners should try to be more "tolerant" of infidelity and re-evaluate if sexual infidelity is really the worst betrayal, as opposed to being in an abusive marriage or neglecting one’s children.

Researchers found evidence that there may be a ‘monogamy gene[3]’ that effects whether someone strays or not.

A 2014 study published in the journal of Evolution and Human Behavior found that cheating was significantly correlated to people who had certain types of oxytocin and vasopressin[4] receptor genes. This suggests that a person’s ability to stay faithful to their spouse throughout their marriage may come down to a simple gene mutation.

Of course, human behavior has other explanations such as culture, upbringing, and moral beliefs. But, there is compelling research that illustrates the power that genetics has over our sexual behavior. Another study[5] found that identical twins reported the exact same levels of infidelity, whereas fraternal twins did not. This led the researchers to believe that genes account for 63% of infidelity in men and 40% in women. This is either the ultimate “it’s not you, it’s me” explanation or the worst excuse ever invented.

A recent survey found that women may not be biologically programmed to be monogamous.

The study[6] also found that most women get bored with sex after only one year. However, this does not necessarily translate to women cheating more than men do—it only means that women become less sexually satisfied quicker than their spouses do. In fact, women tend to avoid sexual encounters with their spouse altogether when they become unsatisfied.

This study[7] was based on the premise that monogamy is engrained so much into our culture and belief systems that research is skewed to find that monogamous relationships are better than non-monogamous ones. However, this study[8] surveyed over 2,000 people over the age of 25, and found that open relationships functioned just as well as monogamous ones. The researchers used multiple factors to weigh the success of each relationship, including trust, jealousy, passion, and general satisfaction.

…but only an estimated 5% of married couples choose consensual non-monogamy[10].

Consensual non-monogamy refers to any type of relationship that does not adhere to the standard of monogamy. This may include “swinging”, open-relationships, or long-term relationships between multiple people. It does not include instances where you know that your partner is creeping but choose to pretend like it’s not happening.

The interesting thing about consensual non-monogamy is that cheating[11] still exists within those types of relationships—there’s just a narrower category for what is considered cheating. Historically speaking, this is a relatively new type of relationship, so there is not much research on the topic, but scientists[12 ]do know that it is more popular amongst gay, lesbian, and bisexual couples. It also may be underreported due to the negative stigma of these types of relationships.

Whether your marriage is monogamous, open, or slightly ajar, one thing for certain is that monogamy is a complex concept. If you are struggling with processing the infidelity that occurred in your marriage, we recommend talking to a close friend or licensed therapist to help you heal. But, we also know that knowledge is power. By providing you science-based statistics on infidelity and monogamy, we hope that you gain the perspective needed to find your power again.