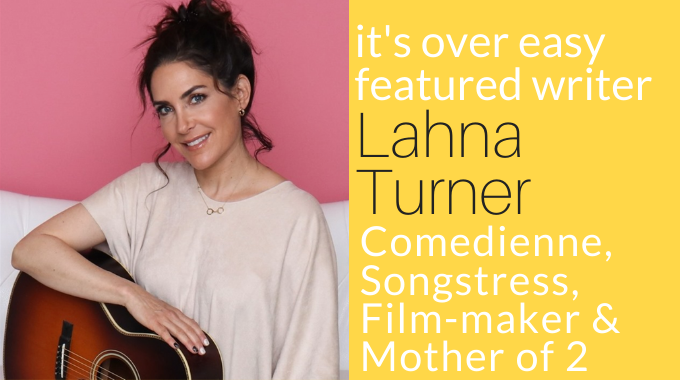 My life came unhinged when my husband of nearly 20 years, Ralphie May, filed for divorce in 2015. Ralphie was a comedian, as am I, and for many years we had an exciting life full of touring and laughter. Unfortunately, Ralphie was very ill. I learned that he was also an addict, then things started to spiral out of control. This is my divorce story.

Towards the end of our relationship there was not much hope.  Things got so bad, and at times it became dangerous. There were obvious early warning signs that my husband was sick, but he was a very smart, funny and charismatic man so he was able to hide his illness extremely well.

Derailed Plans for an Amicable Divorce

Ralphie’s addiction began with food. At his largest, Ralphie weighed 800 pounds, but I was always able to look past his morbid obesity and see the beautiful human inside. People would say when we stood next to each other we resembled the number ten; I know we looked strange together but I truly adored him. Sadly, Ralphie’s dependencies morphed over time from food to also include copious amounts of cannabis, prescription pain pills, and a host of other substances. Despite his addiction, I wish we had been able to use It’s Over Easy online divorce service, but money hungry opportunistic attorneys pulling the strings of a sick man derailed any plans I had for an amicable divorce. Divorce shouldn’t be so hard. It’s the end of a relationship but also the beginning of a new life. With so much legal involvement it became nasty business. The power rests in the hands of the person in charge of the finances, which was my husband. My love for him remained. Unfortunately, the sad reality is that no matter how much love and support you attempt give to an addict, the disease oftentimes wins.

I was the “out spouse” - the one in the divorce with no control, but Ralphie wasn’t really in control either. He was surrounded by people who took advantage of his disease for their own financial benefit, which resulted in my bank accounts being emptied and eventually I was blackballed from working. It was a frightening wakeup call that I had invested so much of my life taking care of my husband, our children, our family and helping his business grow while I neglected my own career.

...while simultaneously destroying all of our years of hard work and our children’s secured future.

I Wanted to Reconcile, at the Cost of My Own Health

It was paralyzing being unable to support myself, let alone having the full responsibility of taking care of two young kids. This filled me with immeasurable fear which resulted in frequent panic attacks. I spent the first 6 months after Ralphie filed for divorce in a haze. I even tried to reconcile with him which in hindsight was crazy because being with him during that time in his life was incredibly unhealthy for me. Despite knowing how sick he was, it was really hard for me to let go of the man I loved for so many years.

My divorce became a jurisdictional battle. We had two homes, one in Los Angeles where our children had been attending school in California their entire life, and one in Nashville where we had a second home. Despite building his family’s life in California, Ralphie filed in Tennessee, which meant I had no state to appeal to when Ralphie would turn manic and pummel me with endless belligerent text messages and e-mails.

It was hard for me some days to just get out of bed, but as the distance in time grew, so did my strength. I began to deal with trauma the best way I could: through laughter. I turned my pain into comedy fuel and wrote ten comedy songs about my divorce and shot the first ever comedy visual album: “Limeade,” an homage to Beyonce’s “Lemonade.”

“Limeade” helped me heal and refocus my energy and the more I worked on myself and this project, the more I began to realize that I’m not alone in this messy situation and will prevail and get through it. I’m extremely proud of myself for being able to take my sadness and turn it into something creative and productive. I’ve written a mountain of funny content in my life, but “Limeade” was the first time that I ever dug that deep and was able to directly turn trauma into comedy. It was also the first time I wrote standup that would make the audience laugh hysterically while I was on stage and then greet me after the show to give me hugs and share their own stories with me.

The Death of Ralphie May Broke My Heart

Shortly after my triumphant return with “Limeade,” I fell into a much deeper state of depression and loss…. Ralphie had passed away. There are no words to describe the level of heartbreak I experienced. My children lost their father and I lost the man I loved for nearly two decades. Yes, he was incredibly mean to me during our divorce, but that wasn’t the man I married. That was a very sick person addicted to a ton of mind altering substances with at least a dozen people whispering hate in his ears.

I continue to mourn that I lost my friend and husband twice in less than two years. Both times I had to put the pieces of my life back together.

I became the executor of Ralphie’s estate. It took over a year to sort through all the estate papers and two years of probate. They key people that played the greatest role in expediting Ralphie’s death were still pursuing him for financial means, post mortem.

Our Documentary, "What's Eating Ralphie May?"

It’s so crazy to me that I spent all those years working for my husband and I continue to juggle his affairs for him now, after he’s gone. It’s forced me to make a lot of complicated decisions, most notably the film we were shooting together. The documentary “What’s Eating Ralphie May?” was initially intended to be a film about Ralphie’s weight-loss journey, but instead captured a profoundly intimate story about the end of his life and my co-dependency issues. It’s not a story that as a comedian I would have ever wanted to share, but the more time I spent reflecting, the more I realized how important this story really is.

I could find the strength to share “What’s Eating Ralphie May?” because I had the courage to create “Limeade.” I know I’m not alone in any journey, and because of my willingness to share, I can help others. Whether it’s divorce, death, rebuilding, addiction, etc., we are all part of our shared human experience. It is inevitable that we will go through tough times. That we will crash, burn and rebuild. It’s important to know that when that happens, we are all capable of turning sour into sweet and making “Limeade” out of limes.

A native of Ontario, Canada, Lahna Turner is one of the funniest comedians working the comedy circuit today, with her sharp wit and clever songs entertaining audiences for over two decades. Lahna has appeared on NBC, Comedy Central, Animal Planet, Netflix, VH1, CMT, truTV and TLC, among others. Lahna has a one-hour special so…. I Wrote A Song About It available on Hulu/Tubi-TV and produced the first ever comedy visual album Limeade available on YouTube and Amazon. Her two comedy albums If These Lips Could Talk and D!@k Jokes And Other Assorted Love Songs have received airplay at top radio stations across the country as well as National Lampoon’s Top 40 Comedy Countdown and are currently in rotation on SiriusXM Satellite Radio. She is currently working on the feature documentary film What's Eating Ralphie May? detailing her late husband's addiction which contributed to the collapse of their marriage and his eventual death.

Stay up to date with Lahna Turner on Twitter @LahnaTurner