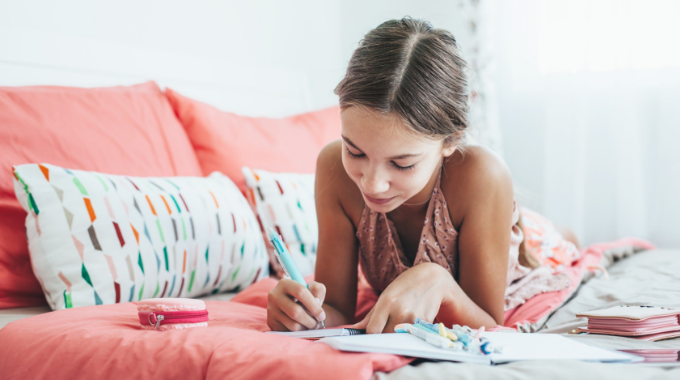 The Effects of Divorce on Teenagers

December 20, 2018 By it's over easy Co-parenting, Kids, Telling your kids about divorce, post divorce

It’s hard to write about something that is a part of my past, and is still very much a part of my day to day life. I’m still learning and trying to understand the effects of divorce on teenage daughters, and specifically how my parents divorce has affected me, and will continue to affect me.

Growing up as a child of divorce, there are automatic things that make life just a little bit more difficult. Over the years, these have involved carting my clothing back and forth, living in two different places, juggling the different lifestyles of my parents, and doing this on a weekly basis. Through most of my elementary school years, and all of my middle school years, there was this constant feeling of being unsettled. The feelings of anxiety that occur right before a trip or traveling were a constant part of my life. Although this was hard, it just became a normal part of my life, and at the time, I didn’t realize how much it had affected me.

In the years following my parents divorce, my younger sister and I dealt with these difficulties, but we didn’t have a choice, and therefore we both tried to accept it as much as we could. However, there were certain ways that I wish were different about the way my parents had handled their divorce, and there are things they still need to change about their relationship with each other.

Between a Rock and a Hard Place

I was, and still am, constantly put in the middle of arguments, whether they be about parenting, custody, the way that my sister and I act, or the things one parent dislikes about the other. As a seven-year-old, and even a fifteen-year-old, it is incredibly hard to constantly hear your father ranting and complaining about your mother. I often feel as if I am a third party and an outsider to my family dynamic, because I would try and defend one parent to the other all the time. I also have always felt the need to protect my younger sister from feeling the same way that I did, which made me feel more like her protector, than just sister. The hardest thing is that I love both of my parents equally, and I love and appreciate them both so much, so growing up constantly feeling as if i needed to pick sides makes me feel like a terrible person.

When I started my freshman year of high school this past year, it became too much for me to handle, and I decided that I didn’t want to stay at my dads. I really don’t know what would have happened if my parents hadn’t been willing to let me stay full- time at my Mom’s. I think there is a chance it could have ruined my relationship with my dad, but luckily he was understanding enough to let me make that choice, and my mom has constantly stressed how important it was that i have a relationship with him. After a few months of not staying with my dad, I began to actually want to go to his house, instead of being forced to. I always wanted to see him, but the added complications of living in two separate places were just too much. I now stay with him often, and it’s my own choice. I love (and always have loved) spending time with him, but especially as a person who likes control, having my life in a constant schedule, that I had no control over, was overwhelming, and my parents’ relationship definitely made it worse.

The main thing I wish had been different about their divorce was the way both of my parents handled their own relationship. I wish that they would’ve done a better job keeping me out of their relationship problems. I wish that my dad would have kept his own issues with my mom to himself, for the sake of us and that my mom would have kept their private interactions, more secure, because I always figured out her passwords, broke her rules and would read their texts on her devices. I still feel some resentment towards my parents about this, but I also realize that they did the best that they could at the time, and still always do.

Although I’ve been able to realize this, their divorce, although it happened 8 years ago, has greatly contributed to my decision to go to boarding school this upcoming school year. There are many reasons why I’ve chosen to leave, but I spent the majority of this past year really thinking about my parents divorce and how it affected me, which are things that I never realized when I was younger.

My parents divorced when i was seven, and I can still vividly remember when they were together. I remember the things that my family would do together, whether it was pancake and bike ride Sundays or the nights when my parents would go out, and my favorite babysitter would come watch us. It is hard thinking about how different my life would be if they were still together, and these “traditions” had continued on past age seven.

Divorce Made Them Happier

Even though part of me wonders what would have happened, I know that my parents divorce was the right decision for them, and I know they are both happier. There are also many people who are now part of my family, which include my parent’s amazing significant others and their kids, who I consider to be my brothers and sisters. My parents’ divorce has also shaped the person that I am today. It has made me realize how important the decision of marriage is, and how important it is to really handle a divorce properly. Having my family split apart has also made me realize how important family is to me, and has taught me what kind of parent I want to be someday. My parent’s divorce has affected my life beyond belief, and it has been incredibly hard to realize the extent of how it has affected me. I do however know that I am a better, stronger and more empathetic person because of it, and will in the future, be a better partner and a better parent because of my own experiences from what I have learned through my parents’ relationship.

Their divorce will always be a part of my life. I will always struggle with parts of it while appreciating some of the amazing things and people that have come from it.