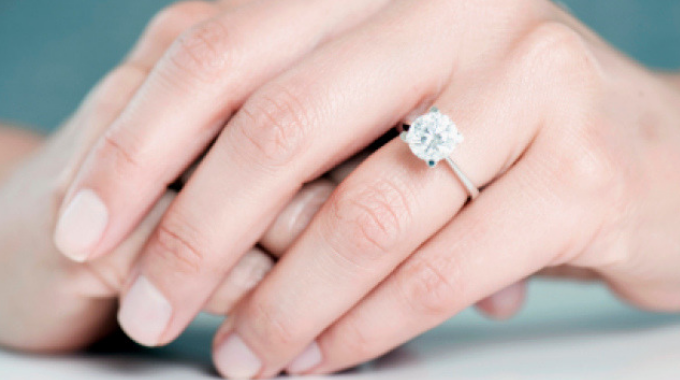 YES! It's Okay to Sell Your Engagement Ring after Divorce

Written By Laura A. Wasser, Esq.

From personal experience, I can attest to the fact that an engagement ring is one of the most wonderful gifts a person can receive. I remember sitting in my law school lecture hall watching it sparkle under the lights, gesturing more wildly than ever with my hands (particularly the left one) during conversation and being the envy of all of my friends and relatives during those first few weeks of being newly engaged.

My ring wasn’t huge, maybe 1-1.5 carats. A simple emerald cut of very good quality. I loved it. My fiancé had saved the requisite two months’ salary to afford it and told me he learned more about diamonds in the time leading up to purchase than he had ever hoped. It was exactly what I wanted, and it was MINE. 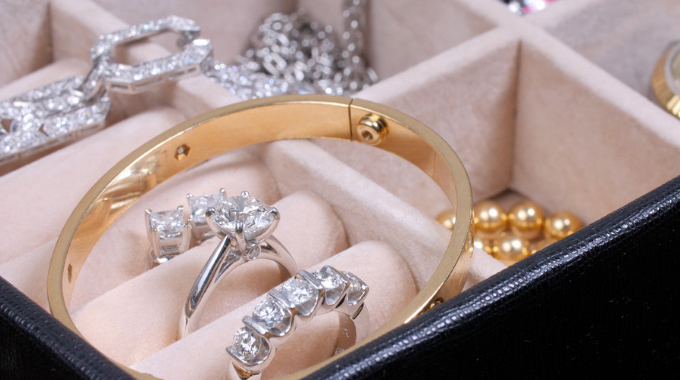 Flash forward less than two years later. My marriage was over (we were just too young and too different) and I needed CASH. That beautiful ring that once brought me joy, now took on an entirely different meaning. I was confronted with two challenges; Did I get to keep the ring or did I have to give it back. If I got to keep it? Did I even want it? Could I sell it? I wish Worthy had existed in 1994 when I was navigating my own DIY dissolution. While I awaited my California Bar results, I began clerking at my father’s Family Law firm and one condition of my employment was that I handle my very first case by myself - it was my own divorce! It was pretty simple as we had very little aside from some debt and our Pit Bull, Raul, to split up - I got both. My ring went into a drawer and I didn’t give it much thought again until I began getting questions, about once or twice a month, regarding the law surrounding engagement rings.

I have actually become quite the expert on not only divorce, but on engagement rings, and how and whether one can sell a ring before the marriage takes place or after a divorce. Here is a break down of all you need to know about ownership of engagement rings.

Can you sell your wedding ring before divorce?

Once the marriage occurs, most states view the gifting of the ring as complete. In the event of a divorce, the recipient of the ring is entitled to keep the gift. Many people call us and ask whether and when they can sell their ring once they have separated and pending a divorce. Most often the answer is a resounding YES.

In my Family Law practice, we are frequently asked this question--who keeps the ring?

Ultimately, an engagement ring is a gift, but there are varying legal nuances for evaluating the terms of ownership prior to marriage including:

Boiling it down to the legal interpretation, an engagement ring is a gift. Generally, one person buys an engagement ring and gives it to the other along with a marriage proposal. If the proposal is accepted, the person keeps the ring and wedding planning begins. However, the law in each state differs as to how the ring is treated if the engagement is called off prior to the wedding.

A gift, is a voluntary transfer of property made from one party, to another. A gift typically has three elements: (1) delivery; (2) an intent to give the gift; and (3) acceptance.

The trending approach on engagement rings, which has been adopted by the majority of states in the US, is that an engagement ring is a conditional gift and depends upon the completion of the marriage.  If this condition does not occur (if the parties do not marry), then the gift is not completed, and ownership of the ring reverts to the individual who gave (and presumably purchased) the ring.

Under this approach, courts will not consider which party is to blame for the failed engagement. States which employ the simple conditional application of the law regarding possession of engagement rings will not examine the reason that a relationship ended. It can be an evidentiary nightmare and often reduced to a “he said/she said,” as to the facts leading up to the break up. States that have adopted this approach include Florida, Iowa, Kansas, New York, New Jersey, Pennsylvania, Tennessee, and Wisconsin, among others.

Take, for example, the most recent ripped from the headlines story of Paris Hilton and her now ex fiancé Chris Zylka. Zylka proposed to Hilton over New Year's 2018 while they were in Aspen, Colorado.

The 20-carat pear-shaped diamond ring was designed by Greene & Co and is valued at a reported $2 million. The couple called off the engagement about 11 months later in November yet Hilton has publicly declined to return the ring, suggesting that it was given to Zylka, 33, for free.

During an appearance on The Jenny McCarthy Show on December 19, she claimed the diamond sparkler helped to promote the Greene and Co’s business. "The person who we got it from got millions and millions of dollars of free publicity...I love how social media has become like a new form of money. Yeah, it's sick," she said.

Hilton, who has been engaged three times, claimed on The Jenny McCarthy Show she was told by Greene & Co. that she could keep the ring. (We sense there is more to this story.)

While many states view an engagement ring as a conditional gift, which returns to the purchaser if the condition is never performed, other states have adopted a similar approach which embraces the concept behind conditional gifts, but also considers the fault perspective in order to protect individuals who had no responsibility for a failed engagement. To these courts, it doesn't seem fair that the donor should always get the ring back, especially in situations where the donor is responsible for the failed engagement.

Under this approach, the engagement ring is still considered a conditional gift. However, the donor does not get the ring back if he (or she) was responsible for the broken engagement. In other words, the person who is at fault for ending the relationship, forfeits the engagement ring. States that have adopted this approach include California, Texas, Kentucky, Massachusetts and Washington.

Montana is an interesting exception. The rules of this state mandate engagement rings as unconditional gifts. The ring is kept by the recipient, even if the marriage never occurs, and no matter who broke the engagement.

If an engagement ring is given on a special day such as a birthday, Valentine's Day, Christmas, etc., many courts will not require that the engagement ring be returned, as the conditional aspect to the gift is diluted by the special occasion.

Where do you sell an engagement ring?

Companies like Worthy provide amazing consultations and online auctions of your ring. Worthy, is a trustworthy reputable resource that allows users to sell their rings quickly and with confidence that they are getting the best price. The money you could receive from the sale of this piece of jewelry that you are unlikely to wear again could go towards the down payment on a new car, first and last month’s rent on a new apartment, or a “new-chapter” sparkler you buy as a symbol of your independence and future.

Do I have to split the profits with my ex?

There are some states which consider the ring as marital property once the marriage occurs. In that case, the value of the ring would be split in a divorce like all other jointly owned assets.

In another case, should the couple purchase the stone or ring as an investment piece, it may be viewed as jointly owned. Be certain to do a bit of research regarding how your state treats engagement rings in a division of assets incident to divorce.

What if the ring is a family heirloom?

We also get asked whether there are extenuating circumstances if the ring is a family heirloom. This is a tough one. I do believe that a court may take this into consideration. But to be safe, if you are considering giving an engagement ring that is a family heirloom, we recommend having a prenuptial agreement that addresses who will keep the engagement ring in the event of a break-up. In the prenuptial agreements we draft, this is generally included as each party’s assets and debts are listed as exhibits to the document.

While the law regarding who is entitled to keep the ring varies from state to state, from an etiquette standpoint, it is generally considered good manners to return the ring if the engagement is called off. Lizzie Post, co-president of the Emily Post Institute and great-great-granddaughter of Emily Post, has been quoted as saying, "Personal feelings are what is going to direct you... How much do you want to hang onto a ring that is a promise that you are never going to enact?"

Sell your ring and start your next chapter

So what do you do with an engagement ring once you have determined that the romance and commitment it originally symbolized no longer exist in this relationship? 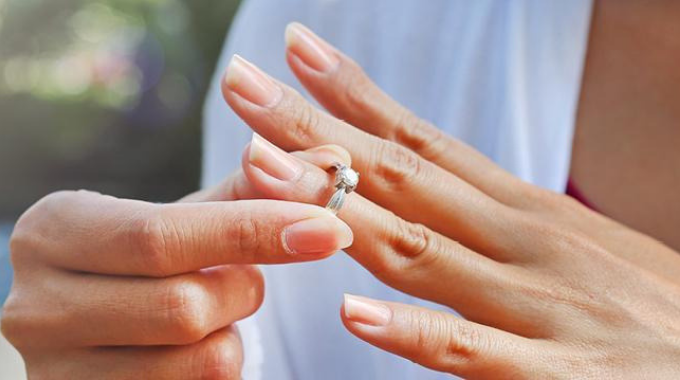 Whether your engagement has been called off or your marriage has ended, your beautiful bauble will likely not see the light of day moving forward. Unlike other more sustainable shopping acquisitions, engagement and wedding rings have limited use outside of the marriage.

Although it may trigger feelings of sadness, anger, or nothing at all in you now, your gem could make someone else exceedingly happy; and garner you a lovely payment to boot. Rather than allowing it to collect dust in a drawer or safe, sell your ring and use the proceeds for something wonderful. You are Worthy.