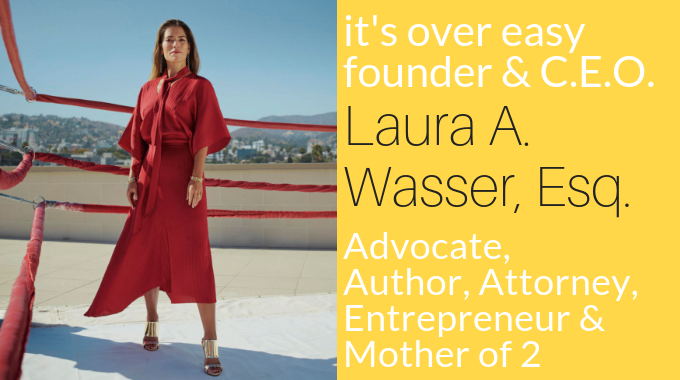 Domestic Violence & The Power of the Allegation

In this day and age of political correctness, #MeToo and a massive surge in applications for domestic violence restraining orders, a few thoughts on the very powerful effects of allegations should be considered as they pertain to Family Law cases. These considerations are particularly important with regard to child custody matters and the co-parenting which follows. It is never easy to regain footing with a person whom you have accused of molesting their child.

No Fault Divorce Changes The Game

Between 1969 and 2010 all US states (beginning with California and ending with New York) passed no fault divorce legislation.  As a result, no matter where you live in America you can obtain a divorce judgment simply by telling the court that your marriage is over. No fault means that the spouse who is asking for the divorce does not have to prove that the other party did anything wrong. Consequently, evidence and mud slinging were minimized as judicial officers were not interested in the adultery, wrong doings or altercations which led up to the demise of the relationship.

Obviously, domestic violence was an exception. Although it would not preclude a dissolution judgment, domestic violence findings would affect support provisions (if the party who has suffered under the hand of abuse is not in a position to return to the workforce due to physical or emotional harm suffered at the hands of the abuser he or she is eligible for support beyond the general time parameters) and custody orders. Nevertheless, allegations of domestic violence in garden variety family law matters were rare. Either it wasn’t happening or people were not talking about it – at least not in public court proceedings.

People Are Talking About Domestic Violence

In the past few years I have noticed what seems to be a surge of domestic violence/abuse accusations in the cases that come through our office. There is no question that people are now “talking about it” – quite a bit.

The bottom line is that true or false, an allegation of domestic violence or abuse moves the needle in a way that no other accusation is able to in a family law matter. Judges err on the side of caution when issuing temporary restraining orders (TROs). It is the only basis for getting one individual out of the family residence (CA as a rule does not issue “kick out orders” for any reason other than domestic violence or the threat of same.) It can increase one’s support eligibility and absolutely has serious and grave effects on child custody decisions.

At the end of 2016, I appeared in court to defend an application from the opposing party for my 67-year-old wealthy female client to be removed from her home of 27 years, as she was disturbing the peace and threatening the emotional well being of her 72-year-old wealthy husband of 30 years. The application was denied but it did set the tone for the case and being public record was picked up by the local paper in their county and the WSJ.

Another DV defendant was not so lucky when his ex wife filed and obtained a temporary restraining order against him in Monterey last January for harassing text messages he had sent her after learning of an infidelity. This was granted with no notice and precluded him from seeing his twin daughters for over the requisite 21 days during which time he was able to retain an attorney and effectively rebut the extension of the order for a longer period.

We all watched in horror as a famous film star was accused of domestic violence in 2016 by his would be actress wife shortly after he filed for divorce. No allegations were ever proven but the case was tried by the court of public opinion and the actor’s public relations suffered terribly. At the risk of losing future roles and (sponsorships) he settled the case out of court. The would be actress ex went on to become the poster child for “empowerment” through accusation, and she's leveraged that by speaking to whomever will listen about having the “courage to reveal.”

As child custody practice and legislation evolve over time, no fault laws continue to make it easier for parents to negotiate custodial arrangements as well. Family Law practitioners are more likely now to tell a client, “...he may not have made a good husband, but he can still be a good parent..." or, "...your children’s best interests are served by having access to both of their parents."

Fathers are more hands on now and mothers have flooded the workforce. Parenting is more gender neutral and trends in child custody decisions are as well. The days of a father having alternate weekends and Wednesdays for dinner have receded in favor of the 2-2-3, 2-2-5 or week-on-week-off custody schedules.

In my many years of family law practice, the cases I have found the most gut-wrenching are child custody matters. The majority of modern clients come to the table with the knowledge that they will be sharing custody of their children and that keeping the discussions, transitions and relations surrounding their kids civil and respectful is the most child centered.

You'd Better Be Telling The Truth, Because This Is Real Life

In a 2018 case where the parties spent over $40 million in attorneys fees a disgruntled wife pulled out all the stops to ensure that her husband suffered terribly at the loss of any relationship with his adolescent daughter. Allegations of pedophilia, child pornography, abuse, and bestiality with the family dog were taken most seriously when made to both the LAPD and DCFS by an anonymous source who turned out to be wife’s attorney. Throughout the case, wife maintained that the reports were made by the child’s treating therapist as she is a mandated reporter.  This was proven not to be the case and all county investigations were closed as unfounded. But only after the child had been questioned by numerous governmental agencies, sustained a child custody evaluation and determined for reasons never stated that her father was “a terrible person and a liar” wished he were dead, and refused to have any contact with him even after the court ordered intensive rehabilitative therapy to try to repair the relationship.

Please don’t get me wrong, abuse is heinous. Using the power of violence or sex to harm someone is unspeakable and the fact that people are speaking out now is ground-breaking and heartening. But, there is a danger of allegations being used as a weapon. In some instances, it even seems that strategic decisions are being made in dissolution matters, which may in the short-run hurt innocent litigants, and in the long-run damage a movement which is crucial. To make false allegations of abuse undermines the credibility of true victims of abuse. If MeToo becomes a litigation tool in family law matters, the movement suffers terribly.