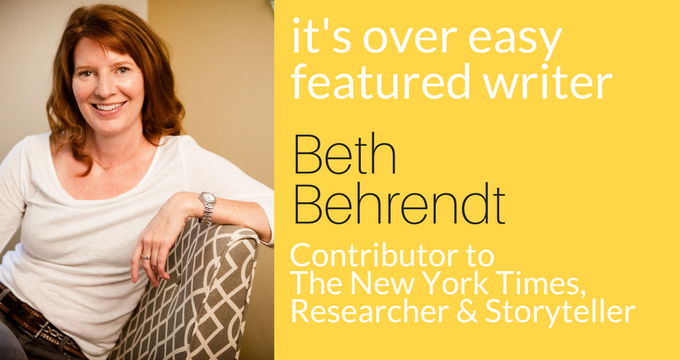 Heard of it? "Nesting" is showing up in the media and pop culture more and more frequently – see articles in the New York Post, The Wall Street Journal, and mine in The New York Times; TV shows like Transparent and Billions, and the upcoming Splitting Up Together; even Kelly Ripa polled the audience about it on Live!

Despite this, nesting (or “bird nesting” as it’s sometimes called) is still a concept that’s unfamiliar to a lot of people. Simply put, it means after divorce the kids stay in the family home all the time. It’s the parents who move in and out to take care of them.

My ex, Bill, and I – and our three sons -- have been nesting for almost four years. It’s evolved for us over this time. Every family and lifestyle is different. But I hope by providing some details about the path we took, you can get an idea if nesting may be an option for your family.

I’d never heard of nesting until the idea of divorce first entered my life. I was desperate for information about the basics of divorce and, most importantly, how to maybe (hopefully) lessen the impact on our three boys. I found Laura Wasser’s book, It Doesn’t Have to Be That Way: How to Divorce Without Destroying Your Family or Bankrupting Yourself, and it immediately became my go-to resource. It was here I first encountered the idea of nesting and it just sounded right. Fortunately, Bill agreed.

Laura describes some of the different ways families could nest:

We have done some version of all three of these. And now we’re on version number 4 – which may be the most successful one yet.

How Nesting Has Evolved for Us

When we separated and were discussing divorce, the obvious thing was for me to spend a few nights a week nearby at my parents’ house. When I was in the house with the kids, Bill stayed at a hotel in town. We decided on a schedule of splitting our in-house time on a Wednesday through Saturday schedule and have stuck with that until fairly recently.

I spent more time with my parents, who were gracious and supportive

Bill found staying at a hotel depressing (not to mention expensive)

Keeping the kids in the house with pretty much the same routine as always seemed to be working. Bill and I decided to find an apartment near the house that we would share -- never actually being in the apartment at the same time. We agreed it would be temporary as we finalized the financial aspects of divorce and Bill looked for his own apartment.

Cheaper than each having our own apartment

Me not living with my parents

Perhaps more difficult to emotionally separate  – even though we were rarely in the same place at the same time, we were constantly living in the other person’s space (our divorce settlement declared the apartment mine and the house belonged to Bill)

After a little more than six months of sharing the apartment, Bill found his own place in another part of town, within a few minutes’ drive of the house. I took over the apartment completely and moved all of my stuff out of the house (I stay in the basement guest bedroom when I am in the house).

Bill’s job began to require more and more travel. We have mostly abandoned the Wednesday through Saturday schedule. He stays in the house when he’s in town and I stay in the house when he travels. He usually knows his travel schedule a couple of weeks in advance and we balance out our parenting time with the boys as we go along.

I am at the house when he travels, taking care of it and dealing with any emergencies or contractor appointments

We don’t have a defined “nesting” schedule anymore, which means less predictability for us and for the kids

I do know we have worked hard to stay on the same page about goals for the kids and to calmly discuss issues and options. Change could come at any time – it could be job-driven, or relationship-driven, or who knows what – but I’m confident we will talk about it well in advance and work together to figure out what makes the most sense for the kids.

We both feel pretty strongly about the importance of “home” to our children. Maybe because that’s all either of us knows. We each spent our formative years in the same house with parents who were married. Even though we couldn't give our kids that exact scenario, we can give them the shared family home, all its memories, and the frequent experience of all of us crossing paths there.

We’ve put a lot of thought, effort, and sacrifice into getting to this version of Our Family. It’s not easy and I understand nesting doesn’t make sense for everyone. But I don’t think the traditional kids-moving-between-two-houses scenario has to be the answer for everyone, either. You find what’s best for your family. If it’s coming from love, it will be the right solution.

Beth Behrendt is a freelance writer in Fort Wayne, Indiana. She is working on a book about nesting. Her other work can be seen at bethbehrendt.com