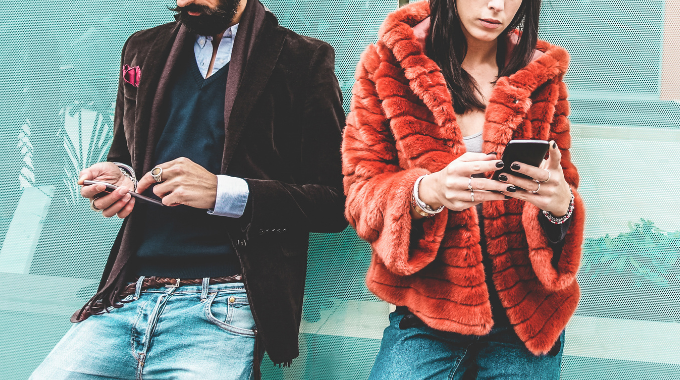 Millennials are often known to buck convention. That seems to be true even when it comes to prenuptial agreements.

In the past, prenups were most common among young adults from wealthy families or couples entering second or third marriages. Today, younger adults of all income levels are drafting them, not only to protect assets accumulated before and during marriage but to address societal realities that weren’t necessarily present or common years ago, such as a desire to keep finances separate, student debt, social-media use, embryo ownership and even pet care.

Experts point to the fact that many millennials are children of divorced parents and have had an intimate look at what can happen financially when a marriage dissolves. At the same time, the stigma or taboo that used to be associated with discussing money before marriage is slowly disappearing.

“You’re effectively negotiating your divorce agreement in advance in a way that’s more egalitarian than before,” says Jacqueline Harounian, a partner with the law firm Wisselman, Harounian & Associates in Great Neck, N.Y.

Some millennial couples who want to maintain a clear separation of their finances during marriage are using prenups as a workaround for state laws that would otherwise treat certain assets as marital property.

“They don’t want to co-mingle their money; they want to live like financial roommates,” says Steven M. Resnick, a family law attorney with Ziegler, Resnick and Epstein in Livingston, N.J., who practices in New York and New Jersey.

This mind-set change is even true for clients who don’t have significant assets to protect going into the marriage, lawyers say. Some millennials want to keep their finances—current and future—separate and businesslike, which would allow them to leave a marriage, if necessary, without many strings attached.

“You’re effectively negotiating your divorce agreement in advance in a way that’s more egalitarian than before.”

Of course, marriage often requires the need for joint purchases such as a family home or car, and certain shared expenses, such as a child’s bar or bat mitzvah, college education or wedding. While a prenup cannot address child support, couples who want to keep their finances separate can use prenups to lay out how they will pay for some of these big-ticket items, says Nicole Sodoma, founder and managing principal of Sodoma Law in Charlotte, N.C.

For young couples who haven’t been married before and don’t have children, prenups need to anticipate all sorts of questions related to potential alimony payments, such as: Will one of you stay home with children or do you both plan to continue working? What might each of your potential incomes be? Will you need job training?

It’s hard to plan ahead, “but you plan as best as possible to make sure that each party is protected in the event of a divorce,” Mr. Resnick says.

The trick with prenups and younger people is to allow for as much flexibility as possible, he says. This could mean, for instance, if the couple decides to divorce some time in the first five years of marriage, nobody pays alimony. But if the marriage lasts five to 10 years, the higher-earning spouse would pay 20% of the difference in their incomes as alimony for a time period equal to half the years of their marriage. There also could be a sunset provision after, say, 25 years, Mr. Resnick says.

Many younger professionals might think to waive alimony completely, especially if they both have their own careers and lead separate financial lives. However, Karen Robarge, a partner with New York-based Aronson Mayefsky & Sloan, cautions against this, especially if there is a chance that one spouse could be out of the workforce for a considerable time, beyond a standard maternity or paternity leave, to raise children.

“A prolonged absence for child-rearing could impact your future employability and your earnings capacity,” she says.

Many millennials are going into a marriage with significant student and credit-card debt, which also is a change from the past. A recent Fidelity Investments report, for example, found that millennials in 2020 had an average loan balance of $52,000.

As a result, these issues, too, are making their way into prenuptial agreements.

What kinds of things do people overlook with prenups? Join the conversation below.

Gabrielle Clemens, managing director of Clemens Private Wealth Management Group in Boston, says she worked with a couple where a wife-to-be had $75,000 in student-loan and credit-card debt. The couple added a provision to their prenup that said any marital assets used to pay off her debt had to be reimbursed in the event of the divorce.

Another couple used a prenup to address how any future student debt taken on during the marriage would be handled. They agreed that this type of debt would be considered the borrowing party’s personal debt, not a marital debt, says Ms. Clemens, a former divorce attorney.

As more couples decide to delay having children until later in life, more prenuptial agreements are including directions for dealing with genetic material in the event of divorce.

Ms. Sodoma offers the example of clients who wanted to have children, but not right away, so they decided to undergo in vitro fertilization and freeze the resulting embryos. In their prenuptial agreement, the couple agreed that in the event of a divorce, their embryos would be donated to stem-cell research through a local stem-cell bank. Neither party could use the embryos without the consent of the other party, Ms. Sodoma says.

Pet provisions also are becoming more commonplace in today’s prenups, says Ms. Clemens, especially among couples with no children who view their pets as their de facto families.

She says two of her clients—a couple in their 30s—wanted to address what would happen to their two dogs in the event they divorced. In their prenup, they crafted a visitation schedule, a plan to split vet bills and pet insurance costs and addressed what would happen if one of the partners moved far away from the other.

Jonathan Fields, a family-law attorney and divorce mediator with Fields and Dennis LLP in Wellesley, Mass., says he also is getting requests from younger clients to address social media in prenups to ensure that one spouse can’t write nasty things about the other in the event they break up. He says he tries to discourage such clauses because he’s concerned it could run into First Amendment issues, but if clients insist, he includes it using broad language related to not discussing each other negatively, or to their children, for example.

A typical clause, he says, would prohibit the dissemination—without prior written and/or electronic consent—of information that could disparage or harm the other or the other’s public image. This could cover all media, including photographs, video, blogging, texting, tweeting, tagging, and posting on any social-media site, service or platform, he says.

Ms. Winokur Munk is a writer in West Orange, N.J. She can be reached at reports@wsj.com.