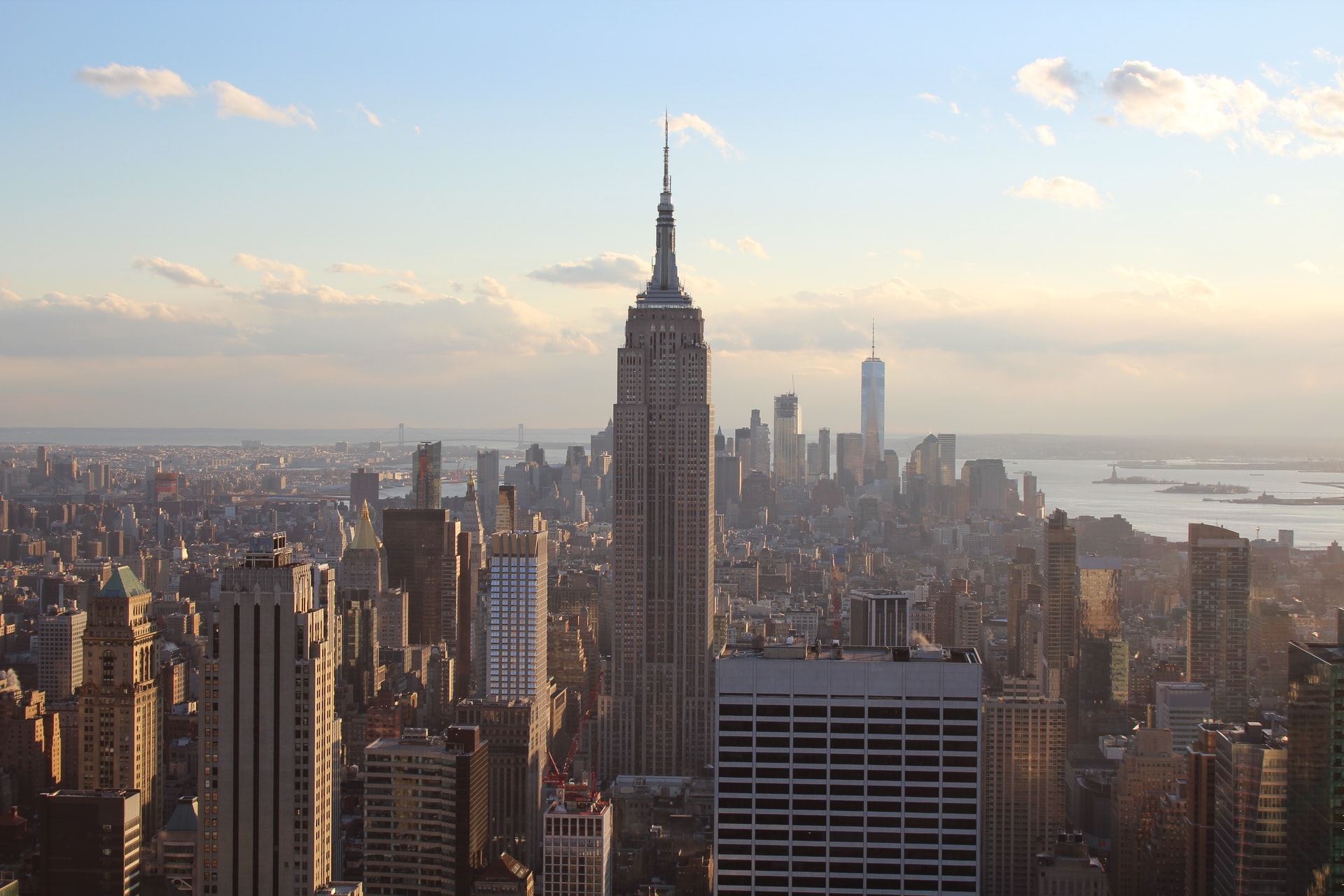 How to File for Divorce in New York

What are the Grounds for Divorce in New York?

This article is part of our series about "Divorce in New York". You can find the links to the other articles at the bottom of the page.

So you’re moving on from your marriage and wondering how to file for divorce in New York.

Before you dive into the divorce process, you’ll have to select the grounds justifying your divorce. This decision will have a big impact on what your divorce proceedings will look like regarding things like duration, cost, and whether you and your spouse will each have to hire a divorce attorney.

The two categories of divorce grounds are no fault and fault divorce. In a New York no fault divorce, you and your spouse will indicate that you simply don’t want to be married anymore, while in a fault divorce, one of you will accuse the other of wrongdoing and then have the opportunity to prove it in court.

No fault is the better option if your priority is having a quick divorce. If you go the no fault route, you might even be able to make it through your entire divorce case without ever speaking to a divorce lawyer or setting foot in court.

Then why do some people choose fault divorce? For one thing, if your spouse has wronged you, it might feel satisfying to hold them accountable.

Additionally, fault might make your spouse ineligible to receive spousal support. Proving fault generally will not impact the division of marital property, child support, or child custody, though.

Side note -- if you’re not sure whether or not you want/need to legally end your marriage, consider legal separation vs divorce. Maybe you want that separation agreement, but without cutting off all legal ties to your spouse.

Before you commit to filing fault divorce papers, keep in mind that it’s really difficult to prove fault. Just because you know for sure that your spouse committed adultery doesn’t mean that you have the hard evidence that you need to convince the court.

This may sound harsh, but sometimes an attorney just isn’t the right person to help you deal with adultery on the part of your spouse. When you can’t get even, get through it with the help of a good therapist.

Now that you’ve learned all about divorce grounds, let’s dive into the actual process that you and your spouse will go through in order to procure a divorce judgment.

Step 1: Filing the Summons and Complaint or Summons with Notice

The first set of divorce forms that you or your spouse have the pleasure of filling out is called either the Summons and Complaint or Summons with Notice. The Complaint is more complicated, but if you opt for Notice, you’ll still have to file the Complaint later on.

If neither you nor your spouse alleges fault, then it doesn’t really matter which of you takes care of this step; the other one will have a similar divorce form of their own to fill out later.

The Summons and Complaint/Notice will identify the parties, establish that you meet the residency requirement to get a New York divorce, and list the grounds for divorce. It will also introduce any issues you want the court to resolve, like child support, child custody, alimony, or the division of marital property.

In a New York divorce action, whichever spouse files the Summons is the plaintiff, and the other spouse is the defendant, just like in any other New York court case.

Now the county clerk will either require you to pay a $210 filing fee or fill out a fee waiver claiming financial hardship. Once you are done filing your Summons and Complaint/Notice with the county clerk for your local Supreme Court, your divorce case is underway.

After filing the initial divorce papers, you’ll have 120 days to serve your spouse. You’re not allowed to serve them yourself, so you’ll either hire a professional process server or find anybody over age 18 who is willing to do you a favor.

Whoever serves your spouse will then fill out a simple form called an Affidavit of Service. The affidavit has them attest to the fact that they did in fact pass the divorce forms on to your spouse.

Now it’s the defendant’s turn to fill out some forms. There are actually three possible ways that your spouse might respond.

First, your spouse has the option of filing what’s called an answer with the Supreme Court. This indicates some disagreement between you and initiates the contested divorce process (more on that later).

If you receive an Answer, it’s time to talk to an attorney. Your spouse will have already found an attorney themselves.

Alternatively, your spouse might decide to sign an Affidavit of Defendant. This indicates that they agree with everything you put in the Summons.

Finally, your spouse might fail to respond at all, turning your divorce case into something called a default divorce.

No matter their choice, you’re ready to move on to the next step.

At this point, you and/or your spouse will have several more forms to fill out and file at either the office of the county clerk or the Supreme Court clerk, depending on the county in which you reside.

Once all of the required forms are completed, you will have to pay an additional $125 filing fee, and then your case will be ready to go on the court’s calendar.

You will then be assigned a judge, who will be responsible for your case until she declares your marriage over.

Amid all of this form filing, you’ll also be figuring out what to do with all of the assets and debts you accrued throughout your marriage.

This can actually be done at any time throughout the process of getting divorced -- some couples already have a separation agreement by the time they file the Summons. However, we’re sticking it here because it’s something you’ll definitely have to get done before Step 6.

In a contested divorce, you and your spouse are unable to reach a deal on your own, so you need a family court judge to split up your lives on your behalf, including issues like child custody, child support, alimony, and the division of marital property and debts. In an uncontested divorce, you and your spouse find a way to produce a workable settlement agreement without judicial intervention.

Now, beyond the traditional court battle, let’s talk about some of the other methods available to you when it comes to reaching a deal.

One popular option is divorce mediation, in which a divorce mediator facilitates communication, helping you decide the fate of each and every marital asset. Mediation tends to be faster and less expensive than each of you hiring an attorney, but it can still get pretty complicated depending on the circumstances of your marriage.

You also might want to consider collaborative divorce, in which each party to the marriage hires their own attorney, as well as a whole shared team of other professionals (including mental health professionals, a child specialist, a financial specialist, and sometimes even a real estate agent) to help them get through the difficult process of bringing their marriage to a close.

Collaborative divorce is often extremely pricey, but it can be a lifesaver if your divorce includes sensitive issues like child custody. The professionals you will hire are trained to keep your family intact even as your marriage ends.

You also always have the option of pursuing a DIY divorce, in which you and/or your spouse just negotiate a deal and fill out the paperwork yourselves. This is extremely money-saving, but it’s also a LOT of work!

Which brings us to your last option: online divorce. In an online divorce, you pay a low flat fee to a service like It’s Over Easy, and they fill out all of the forms for you.

Some states require a court appearance to complete your divorce, but if you’re interested in online divorce New York state law poses no obstacle.

Once you’ve finished all of the above, a judge will review your paperwork and issue you a divorce decree. Your marriage is officially over!

How long do you have to be separated before you can file for divorce in NY?

You don’t have to be separated before filing for divorce. However, for the “irretrievable breakdown” divorce grounds option, you’ll sign off that your relationship was past the point of no return for at least six months.

How long does it take to get a divorce in New York?

There are a lot of factors which affect how long your divorce will take, but you usually can expect to wait about six months before you receive a final decree. Under certain rare and extreme circumstances, you may be eligible for an expedited divorce.

What happens to property in a divorce?

New York family law follows a doctrine called equitable distribution, in which the judge does her best to make a fair decision based on a list of factors she is allowed to consider.

How does child custody work in New York?

New York recognizes two kinds of custody: physical custody (who has the child in their care) and legal custody (who makes decisions for the child about things like education, medical care, and religion).

Before you try filing to be the sole custodial parent, keep this in mind: except in extreme cases, New York courts aim for shared custody, because they recognize that it benefits the child to have a relationship with both parents.

It also benefits the child for you and your spouse to skip the all-out custody war. Eventually, your attorney won’t be there anymore, and you’ll have to negotiate co-parenthood on your own, so why not try saving some money and working things out without an attorney in the first place?

How much does divorce cost in New York?

The average cost of divorce in New York is $17,100, but it can range anywhere from just the filing fees to hundreds of thousands of dollars.

To continue learning about divorce in New York, see the following articles in the series: