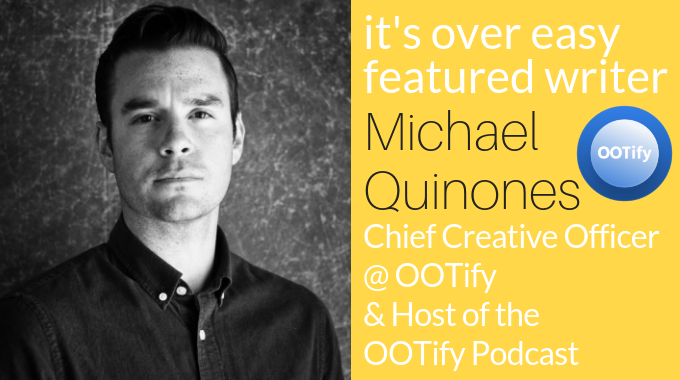 How to Divorce | My Parent's Dissolution Helped My Marriage

When I was a kid, I remember what it was like to watch my parents argue until their face turned blue.

From a young age I got a very clear understanding of how complicated relationships can be and why just because two people are married doesn’t necessarily mean they are meant to be together forever. As my parents dealt with their issues over the course of a messy and expensive divorce, I got a front row seat on what it’s like when you marry someone that is wrong for you. So as a teenager, I began to start really defining what it was that I wanted in my own marriage and what mattered to me most in a relationship.

I become fixated on this idea of how much I don’t want to get divorced and so I really focused on finding the right person for me. Finding the person that worked with me in our relationship rather than against me. I wanted the complete opposite of what my parents had in a marriage and that helped me start to understand the dynamics of having a partner rather than just a husband or wife.

Partners are more than just a counterpart in a relationship. They understand you in ways that don’t always make sense and even sometimes hard to explain. They see the good side of all your shortcomings and have patience for you when no one else would. They balance you out and support you in ways that you never knew someone could.

That being said, apart of what matters most in a partner is a willingness to work on the relationship and make an effort to grow together rather than grow individually. I was lucky enough to fall in love with my wife when I was in college and we’ve been together now over 10 years. That’s a rarity these days (or at least that’s what people tell me).

On the night before our wedding, my uncle asked me in front of my wife, if I would consider us soul mates. I took a moment to answer thoughtfully and I answered the question with a pretty straight “no”. My wife was pretty pissed...obviously.

Is Destiny A Lie

But as I began to explain, my answer started to make more sense. I never liked the idea of only two people being destined for one another and we had no choice in the matter. To me, that idea takes away a lot of the work that we put into it and simplifies our relationship significantly into “destiny”. You can call me Neo by saying this, but I don’t believe destiny or fate. Neo hated the idea that his future was out of his own control and in this instance I totally agree.

My marriage, my relationship, and the connection I have with my wife is built on the decisions that we make and the work that we put in everyday in being with each other. Everyday we work on our relationship and of course some days are better than others. But ultimately we get up everyday and choose to be together. Choose to love each other. Choose to grow together. That’s what marriage is and it’s damn hard. It’s not an overnight process and takes years to get good at (I’m still learning every single day on how to be a better husband).

But the moment that our marriage evolves into something where we don’t enjoy being with each other, we don’t want to grow together, and we don’t want to invest ourselves into the other person, we then need to take a step back and make sure we’re doing the best thing for each other.

Staying Together For The Kids

I realized that my parents were only staying together for as long as they did because they had this idea that having two parents who are married was better than having two parents who are divorced and yet I never really understood that perspective. As a kid, of course I wanted my parents to be together, stay together, and love each other. Don’t get me wrong, it depressed the absolute hell out of me (for a period of time) that they were divorced, but as I get older I look back and think about how much better it could have been if they realized it wasn’t the end of the world. It didn’t have to be as complicated or emotionally draining for everyone.

I would way rather have two parents who are separated and are amicable, happy, and thriving individuals that work together in raising their kids rather than two parents who reluctantly stay together and make the situation worse by fighting about what kind of goddamn butter is on the table. Having perspective on the big picture is what helps bring us happiness and marriage should be no different, especially when you have kids.

Showing your children that, yes relationships are complicated and yes, marriages don’t always work out for everyone but it shouldn’t be the end of the world. The more you can handle the situation like an adult and keep the big picture in mind, it will help your kids understand how to navigate complicated relationships as they grow up. I had to learn it the hard way, by seeing exactly what it was that I didn’t want and I was lucky enough to find that. But it doesn’t always work out that way, and that’s ok.

Michael Quinones is a producer, filmmaker, and social impact entrepreneur. He is the Chief Creative Officer of OOTify and the host of The OOTify Podcast. He has been a long time mental health advocate and has used his creativity to address the issue through content creation. Michael has produced major campaigns for some of the biggest brands in the world such as adidas, Call of Duty, lululemon, Expedia, and Mitsubishi. He believes that through community development we can improve the quality of life for people throughout the world.