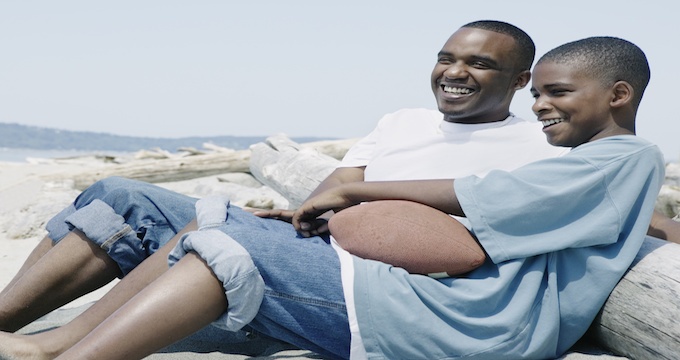 I made a lot of mistakes during my marriage. But the mistakes that still keep me up at night are the ones I made during my divorce.

I was married for ten years and three months – a “marriage of long duration,” as it’s called in California – after living in sin with my wife for two years before tying the knot. There were some real good years and many great times, during that decade, including the birth of our two daughters. I never imagined that my marriage would end. But inevitably, things went south. The demise of our marriage happened in the same way a character in a famous novel describes going bankrupt, “gradually and then suddenly.” A little over ten years after saying, “I do,” I found myself facing a harsh reality that was scary, painful and completely unfamiliar to me. Suddenly, I was part of a process that I was incredibly ill prepared to handle... Divorce.

I am not a child of divorce. My parents just recently celebrated their 50th wedding anniversary. I always saw marriage as a lifelong commitment. Growing up in a small town in the Midwest, the few divorced adults I knew, as a child, weren’t like my parents. They were outliers. Black sheep. Delinquents. They were like the sixth graders who smoked cigarettes during recess: bad people who had done something wrong. Marriage was permanent, no matter what. I don’t remember ever being taught that, it was just something I knew. It was natural law, a universal truth as unassailable as the fact that the Earth revolved around the Sun. The Brady Bunch was the only mixed family I knew, but the idea that at least one of the parents had divorced was somehow lost on me, perhaps because the other one was supposedly windowed. Whether it was Mike or Carol was never made clear, but it didn’t matter – a dead spouse let them both off the hook.

In my real life, people got married and stayed that way, just like my parents and their parents, my aunts and uncles and most of my parents’ friends had. Through thick and thin, for richer or poorer, in sickness and in health, ‘til death do us part – it was a given. Even though the version of those promises that my wife and I made to each other later as Californicated adults was administered by a lavender-spritzing woman in a purple robe who didn’t have a last name, I had a very traditional view of the institution. I thought of the actual thing as an immovable, solid object. Marriage was a choice you made once in a lifetime. Something cast in cement for eternity, a tablet on a mountaintop. Two sets of handprints on the Hollywood Walk of Fame.

Marriage was forever. Divorce was something that happened to other people.

But actually, that’s a lie. The thinking part, I mean. Truth is, I didn’t really think about marriage at all. Ever. Not until mine was ending. And that’s one of the biggest mistakes I made: holding onto my beliefs about marriage, as presumptive, naïve and ill informed as they were, while I was getting divorced.

What I thought marriage was supposed to be got in the way of what it really was at the very moment I had to close it out. I didn’t know what the end involved because I had never taken the time to learn about what I was getting into at the beginning. I judged objective reality through a lens of ignorance. It wasn’t stupidity. It was a real lack of basic information about the agreement I made that sunny October day, once upon a time, when I was dressed in a really nice suit on the patio of the Peninsula Hotel in Beverly Hills, surrounded by family, close friends, a few strangers, and an expensive jazz quartet. Because I was completely ignorant of the underlying legal, contractual aspect of my marriage, of any marriage, I was not able to cut bait when I needed to deal with the straight up business of ending it.

Marriage can be whatever you make it. But it is always a legally binding contract, subject to the laws of the state in which the married couple resides. It’s one of the most invasive, proscriptive agreements any human being will ever make with another person. Not only that, it’s a contract made with the government. It invites the state to your wedding, and then into your bed and your bank account. In essence, it’s like signing up for an organ donor program that gives a lung to your spouse and a kidney to your governor. Many of us do it without knowing anything about it except what the main course will be for the guests at the party we throw to celebrate it.

I would never sign an employment contract, until my attorney told me it was ok to do so. I’ve had someone review paperwork, when I’ve bought houses, cars, stocks and insurance policies. I’ve even skimmed the agreements I’ve made when I bought a phone or downloaded a new version of iTunes. But the only contracts I reviewed before the wedding, that had to do with my marriage, were the ones for the band and the hotel. I gave no more credence to the actual marriage license than one might give to a certificate of merit being awarded for bagging the high-score on a video game at Dave and Buster’s. I signed that thing as quickly as possible, post ceremony, right after the pictures were taken, while I was half full of champagne and eager to get out onto the dance floor where 80 of our closest friends and family were celebrating our love for each other at a party that cost more than the down payment on our house.

It didn’t dawn on me what that signature actually meant until 10 years later, when I was sitting in the office of a forensic accountant, looking at a mountain of banker’s boxes all labeled “Marriage of Jones, Marriage of Doe, Marriage of Green,” etc. The same words that had once graced announcements, invitations, catering invoices, tuxedo rental receipts, proof sheets and cake boxes were now, basically, epithets on tombstones - all of those hopes and dreams (and feelings) neatly contained in boxes full of tax returns and spreadsheets. There I was, high up in Palos Verdes, in a home office, picking out a plot in the graveyard of “failed” marriages, and only just then learning about the parameters and definitions of what I’d actually agreed to ten plus years before. The irony was not lost on me that the breathtaking view of the ocean – the one I stared at while learning about how much the rest of my life was going to cost me – was paid for by all the dead marriages stuffed into those boxes.

Of course, if you’re researching divorce, it’s probably way too late to educate yourself about the more sober realities of marriage. Woulda, coulda, shoulda. But if you’ve already made the decision to end it, focus on the straightforward business of dissolution. The sooner you can cast aside all your old platonic beliefs about life and how to live it, the better off you’ll be, both emotionally and financially, by the time the court’s stamp lands on your final judgment.

People say that divorce should not be easy. I disagree. It’s getting married that should be harder.

You have to pass both a written and practical exam to get a driver’s license. There’s basic study and practice involved. That’s because cars can kill people, if they’re not handled properly. Marriages can cause lots of damage too, but all you need to get behind that wheel is a small fee, an alcohol-fueled signature and somebody willing to ride shotgun. No drug test required! A quick primer on the legal reality of the deal, coupled with a short tutorial on the consequences, should either party decide to opt out later, seems like a good pre-requisite. If you’re gonna pay for dance lessons, maybe a half hour of internet research about what to expect if the music stops isn’t such a bad idea. Somebody usually takes the time to explain to the betrothed couple how a bridal registry works. Why not throw in a brochure on community property to go along with it? Think of marriage as a first class airplane ticket. While you’re enjoying the legroom, the mimosa and the little hot towel you receive before you even back away from the gate, maybe you could open up that emergency instruction card and give it a cursory glance.

I know that once the party was over – when the bloom was not only off the rose, but the rose was dead, and that Italian wedding cake top was deep into the latter stages of freezer burn – both my wife and I tried pulling out all the stops, working hard to save our marriage. If we had been required to stop and really take a look at what it all meant before we ever exchanged rings, maybe things would have been different. I don’t mean the marriage itself - I’m not suggesting that it might have survived if I had known what a DissoMaster was. Not at all. But if we had been even slightly more hip to the “real” of what we were embarking on before the fact, then maybe “gradually” would have given way to something less painful than “suddenly,” when it finally ended. Neither one of us was innocent, when it came to the demise of our marriage. But maybe we wouldn’t have had to become so guilty in each other’s eyes, if we had been better partners to one another in our divorce.

Marriage was not easy for either one of us. But once it ended, there was no reason the divorce should have been more difficult. And one of the toughest parts for me was overcoming my beliefs and misconceptions about the marriage itself. Bottom line: marriages end all the time. That’s not good or bad, it just is. There’s nothing wrong with getting divorced. It was hard and painful, but it was one of the best decisions I ever made, and it was one of the most important learning experiences I ever had. Just like my marriage.