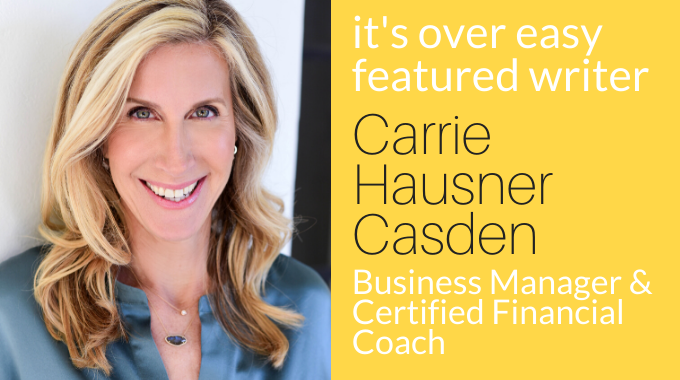 Can Money Make or Break Your Marriage?

In the event of a divorce, stress can come at you from all angles. There’s the emotional turmoil, of course , but there’s also the financial fallout which can cause just as much anguish, if not more.d

Whether you are anticipating divorce or have just finished going through it, it’s commonly agreed upon that all stages of divorce pose highly charged emotional challenges. But even once you’re “done” with divorce,

dealing with the residual financial pitfalls of the separation can typically bring about a whole new set of overwhelming emotional issues.

We all come to adulthood with unique beliefs about money. We bring them into marriage, and then try to blend them with our partner’s financial background, which might be entirely different from ours. Disagreements over finances can lead to divorce. Surprisingly, in the majority of cases where money issues are identified as the significant conflict in the marriage, the issue isn’t a lack of money. Rather, the root problem is that the two individuals have differences in opinion about the meaning of money, and how they want to use it.

Understanding your personal relationship with money is beneficial to everyone else involved in your divorce as you navigate a time of such substantial change. Without this knowledge of yourself, you’re more likely to continue making decisions about money that might not be in your best interest.

We all carry money messages from childhood into adulthood

Money messages are formed in childhood and are then carried with us through adulthood. We typically receive money messages from both parents, which in some cases might contradict one another and lead to future confusion about the role money should play in our lives once we’re adults. Quite often, we go through life unconscious of the messages we received as children and how these affect our actions and patterns as adults. During my training to become a certified money coach, I learned that individuals tend to fall into one of eight main money archetypes, which I call your “money personality.” When couples fall in love and decide to marry, differences in money personalities are rarely explored until it’s too late.

Overspending can be a symptom of deeper issues

One of my clients, let’s call him Jon, was considered an incorrigible “overspender” by his advisors. Every money manager he worked with would give him a monthly budget stipulating exactly how much he should spend. He would agree to follow the plan, but just like someone on an ill-fated diet, he could only keep it up temporarily before falling off the wagon and blowing through the budget. Naturally, this pattern was a huge source of conflict in his marriage. It wasn’t until he really got in touch with the emotions behind his spending that Jon was able to start making some successful changes.

Another client, let’s call her Elizabeth, went shopping every day. From the outside, her friends assumed that she had plenty of money, a ton of free time, and that shopping was what gave her pleasure in life. After money coaching though, we realized these assumptions couldn’t have been farther from the truth. The reality was Elizabeth had been constantly criticized and judged as a young child by her parents about her appearance, and she was raised to believe her worth came from what she looked like. She had been overspending in a futile attempt to fill this emotional hole. This coping mechanism ended up making Elizabeth feel even worse. Shortly after making these lavish purchases, she would be overcome by guilt and remorse. Together she and I worked through dismantling those old money messages, and got to a place where she knew that, once she finished her divorce, she would have to live on a new and reduced budget. We put together a list of her values, and then she agreed to only spend money on the things that aligned with that list. Once she realized she was in charge of her own joy, it was easier for her to not attach her sense of self worth and happiness to a new outfit, car, or piece of jewelry.

Money coaching is different from pure financial planning. It’s unproductive to compose financial programs for an individual if it’s just about the numbers, or the “quantitative” aspect of money. Effective money coaching comes from a judgement-free place of honesty to help clients get in touch with the reason they spend and the emotions tied to their spending. That’s what we call the “qualitative” aspect of our money history. It’s only when my clients succeed in understanding this component of their relationship to money that they are able to modify problematic money habits and move forward.

Some people like to divide the population into two categories: spenders and savers. However, the reality is that things are rarely ever that black and white, especially when it comes to money. We need to understand the ways in which these categories blend together, which is done by taking some small action steps. For example, by taking a “money personality quiz,” we can determine which archetype someone is most closely aligned with. Once we identify that, we are able to make conscious and concrete actions to modify behavior. This allows people to become more mindful of their financial decisions and it puts them in the driver’s seat for their future, rather than remaining a passive passenger.

In my work with a wide variety of clients, I have found that before you can move forward, you need to look back and understand how you got to this point. Money represents so many things beyond numbers in a bank account. Most importantly, money represents emotions. We can all spend it differently in whatever ways we choose, just as long as those means create peace and joy in our lives.

Carrie Hausner Casden is a business manager and certified money & financial coach at Summit Financial Management in Beverly Hills.  She coaches clients across the United States toward financial wellness and to make smart fiscal decisions.  You can reach her at carrie@summitla.com