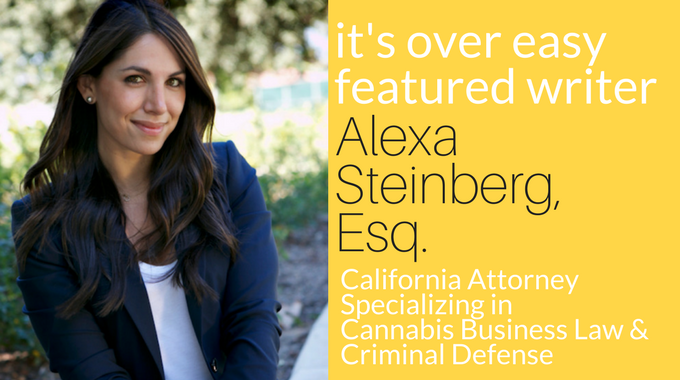 Can I Lose Child Custody for Smoking Weed?

What Happens When Weed Finds its Way into Your Divorce

California voters approved adult use cannabis in California and at midnight on November 8, 2016, it was officially legal for Californians, 21 and over to possess and use cannabis. But legal doesn’t mean a free pass. Cities can still restrict marijuana businesses, employers can still impose a zero tolerance pot policy, and courts can and will consider its use in child custody cases. Being informed of the law may keep you from ending up in trouble in the first place. So what happens when weed finds it way into your divorce and child custody battle?

Beginning January 1, 2018, cannabis retail stores (dispensaries) could officially sell to Marijuana laws are different state by state and even city-by-city. Despite that it may be legal – whether medically or recreationally – its taboo still lingers and is emphasized by its status as still being federally illegal. Currently, cannabis is a Schedule I drug, classified by the Controlled Substance Act, along with other drugs like heroin and LSD. Enter the Catch-22 - parents may not be breaking state laws but are in violation of existing federal laws, which can make for a tricky battle in court and sometimes result in extreme injustices.

In California, the passage of Prop 64 not only legalized recreational cannabis for personal use and business, but it served to add protections for cannabis consumers. Although there is no language discussing cannabis use and custodial rights, Prop. 64 and various clean up legislation (bills passed after Prop 64 to clean up things the legislature may have missed) go as far as to implement child safety requirements like childproof packaging, restrictions on advertisements to children and prohibitions on branding and characters that may be attractive to children.

As the issue of cannabis use becomes more prevalent in family court, more and more case law begins to develop dictating the sometimes brutal consequences of pot and parental rights. Even in recreationally legal weed states, parents who smoke  can still lose custody of their kids.

New marijuana  laws may not affect the way custody cases are handled, but it remains that there must be justification beyond someone’s status as a medical marijuana patient or responsible adult user in order for authorities to limit parental rights.

While the industry has made a big shift away from its stoner ways into mainstream branding, luxury products, and high-end clientele, the desensitization of what was is still working its way through society. The negative connotation of cannabis still lingers and can make its way into your legal affairs, especially by a spouse that wants to use it to their advantage.  The unfortunate part is that a parent acting within the legal confines of the law – or even more cautious or diligent than the law – can still find themselves at the mercy of CPS (Child Protective Services) and/or the courts solely for the use of marijuana.

As any family law attorney will tell you, the gold standard of child custody cases is and still remains, what is in the best interests of the children should prevail - making marijuana a point of leverage in court.

As case law is beginning to reflect, spouses use cannabis in an attempt to show that a parent may be cognitively unable to care for their child by drawing a nexus between cannabis and activity that directly threatens the safety of the child. However, the true heart of the matter should lie at the threshold between use and abuse. There are good parents who have a glass of wine when they get home. But, there are also parents who are alcoholics and do not have control over their one glass of wine that turns into too many.  The same is true with cannabis. The crux of the matter truly boils down to an issue of neglect and a question of whether a child is properly cared for. If there’s a problem, it lies with the individual engaging in the substance, whatever that substance may be, but it does not lie in the substance itself.

There is an appropriate way to use cannabis and although courts and CPS may not be of this school of thought just yet - in the age of legalization - we as a society - should recognize and understand this concept.

Notwithstanding any of the above, there, unfortunately, is no real way for parents to fully protect themselves in a situation like this. However, parents, whether going through a divorce or not, must be responsible with cannabis as it can be a determining factor in a child custody case

Here are a few tips to ensure safe and responsible cannabis use:

It’s important to be aware of how cannabis affects you and your ability to properly care for your child. No parent should lose their child just because they use marijuana.

Here’s a video with some other legal resources you can use to educate yourself about family & matrimonial law.

NY Matrimonial Lawyer Paul Fotovat is a millennial attorney who offers generational tips and info for people who want to take control of their own legal destinies.