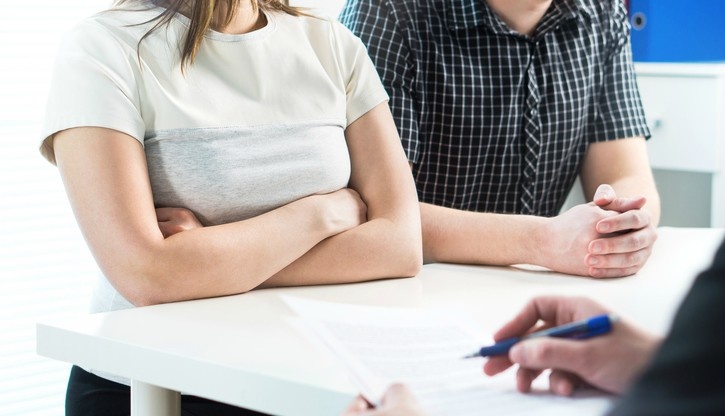 Alimony Definition: Everything You Need to Know

May 10, 2018 By it's over easy Alimony, Divorce Frequently Asked Questions

Alimony refers to funds that one ex-spouse is legally obligated to pay the other following a divorce. It's sometimes referred to as spousal support, but it is very different from child support and should never be treated as the same thing. You can't, for example, cut back on ordered child support because you feel like the alimony you pay is more than enough. In fact, the courts consider alimony and child support completely separately. Whether you are going the traditional route or filing for an online divorce, you should keep them separate too.

When the courts decide on child support amounts, they use vetted templates and calculation tools that are specific to each state. They might consider how much each parent makes, what types of financial obligations are involved and what the needs of the children are. Court-ordered child support that comes out of these processes is formulaic, which means it doesn't necessarily capture the personality and needs of your children and family. For example, court-ordered child support doesn't always ensure all extracurricular activities are accounted for, and it won't usually consider something like private sports clubs, birthday party gifts for your children's friends, teens’ cell phone bills or prom expenses. All of those are very normal, appropriate expenses that could come up during the raising of a child, though.

One of the advantages of using an online platform like It’s Over Easy to complete your uncontested divorce is that you and your spouse have more control over the process. You can use the child support calculators and the alimony calculator on It's Over Easy to arrive at a starting point for negotiations, but you can also extend the negotiations to cover all manner of expenses and contingencies. Via our built-in communication tools, which let you chat online and keep a record of agreements and decisions, you can build a comprehensive child support agreement that helps ensure your children's future needs and wants are handled in a way that is financially viable for both parents.

States vary on the way in which spousal support, or alimony, is calculated, and how payments are enforced. One of the benefits of a do-it-yourself divorce, is that you and your spouse can reach an agreement together on the terms of support, without leaving everything up to a Judge, who liely knows very little about you or your family life.

The courts in most states might award alimony to either the husband or the wife depending on factors that can include the length of the marriage, each spouse's earning capacity, health and age, division of property, how the parties have previously dealt with and are currently dealing with assets, and the financial state of both individuals. Some states consider other factors, such as tax implications. Some states, such as Alabama, allow for a lump-sum payment if agreed upon by both parties or deemed appropriate by the court. California and some other states also consider whether the custodial parent of any children from the marriage is unable or less able to seek work outside the home because of situations involving the children.

California and many other states also don't consider fault for the divorce when calculating alimony sums. That means alimony is not typically a way the courts allow one spouse to "get revenge" on another. Many state courts will consider fault in rewarding alimony, though; states such as North Carolina and Georgia may limit or not award spousal support if the person who would receive it as at fault in the divorce via abandonment of the marriage, adultery or abuse.


How Much Alimony Will I Have to Pay?

The amount of alimony you pay or receive and how long the arrangement is in process depends on your divorce agreement and whether either party ever brings the matter back to court. Most states are backing down from permanent alimony as a court-ordered arrangement. The reason for this is because in today's world, alimony is often considered a temporary solution that allows one spouse, who is less financially stable than the other, to change their situation.

For example, if one spouse didn't work during the marriage, instead choosing to support the other spouse as they built a career, then the spouse who didn't work is not going to be able to magically develop years of job experience. They may need to return to school or work their way up from low-paying positions, and alimony lets them maintain their existing lifestyle while doing so.

In another situation, one spouse might have worked at entry-level jobs to support the other person as they gained a higher degree. This often occurs when a young couple works together to put one of them through medical or law school, for example. If the couple divorces, one spouse is left without equal earning potential, even though they clearly contributed to the other spouse's career success.

A handful of states, including Texas, have legal limits on how much alimony is paid and how long someone must pay it. Some other states still consider permanent alimony arrangements on occasions. The states where a permanent alimony order is most likely — but not definite — include Washington, Virginia, Oregon, New Jersey, New Hampshire and Michigan. Courts in these states typically only grant permanent alimony if the marriage was long, and one spouse earns much less than the other and is likely not to see the situation change.

Should I Ask For Alimony?

The purpose of alimony payments, or spousal support, is to limit any unfair economic effects of a divorce by providing a continuing income to a non-wage-earning spouse, or lower-wage-earning spouse. Since support is meant to help the lower-earning or non-earning spouse, a divorcing couple will usually want to agree to some type of support, even if it is temporary

Considerations if You're Asked to Pay Alimony


How Are Alimony Payments Calculated?

If you go through the courts and don't agree separately to an alimony amount, then each state applies a formulaic approach to determining who will pay and how much. Most states base their spousal support laws on the federal Uniform Marriage and Divorce Act, though each jurisdiction differs slightly in how these things are applied. For the most part, the courts consider:

If you're working with your spouse via an amicable divorce and considering alimony as an option, these are all good measures for you to think about together.

Do You Need It All in Writing?

Here's the deal: You should have everything about your divorce in writing, if possible. It's Over Easy makes that simple to achieve. Even discussions between you and your spouse can be held online, via our in-platform chat tool. It's secure and private, but you can export or print it anytime you need if you want to show your ex they agreed to something.

The chat messages aren't a divorce order, though, so make sure you convert everything you talk about into actionable information on divorce and spousal support orders that you'll file electronically with the clerk of court.

Who Pays and What Happens If You Can’t Afford Alimony?

Things change, and the financial situations you based a support agreement on don't always remain the same. If you feel support is no longer necessary, or you can't pay support that you originally agreed to, then you can return to court for a new negotiation. You may also be able to alter your original agreement without going through a court battle if you are both amenable to the changes. If the other person simply stops paying or refuses to pay ordered alimony for any reason, you have several options for legal recourse. In such situations, it's probably best to consult an attorney. One great thing about It’s Over Easy is that everything you do is saved, and you can come back to download forms even after your divorce has been finalized.

Family Law Attorney Laura Wasser created itsovereasy.com because of a firm belief that there has to be a better way to divorce.

"To be clear", Wasser points out, “...there is nothing easy about divorce and it is often one of the most difficult times in a person’s life.  I just don’t think the legal process should make what is already a devastating, emotional event unnecessarily burdensome. The bottom line is that a lot of couples are capable of working out their issues on their own and should not have to pay high legal fees to facilitate what often boils down to common sense thinking. There is something quite empowering about being the master of your own destiny.  The money you save on attorneys can go toward setting up your new lives, your children’s futures, and perhaps a bottle of champagne to toast new beginnings!”