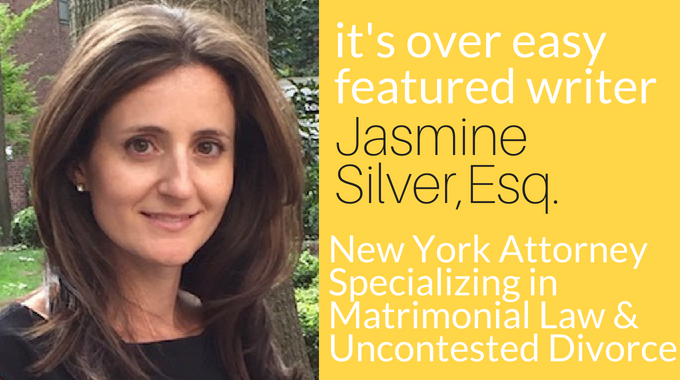 So you’ve made the difficult decision to get divorced. Now, if you have little ones at home, you’ve probably nervously googled terms like “custody” and “visitation,” and tried to determine what this new life will mean for you and your kids. Good thinking – the more you know about the child custody process, the better prepared you will be to navigate the unfamiliar transition from spouses to co-parents. However, there is a lot of unfiltered information out there, so before you find yourself in the panicked depths of a late night internet spiral (we’ve all been there), read this post! We tell you what you need to know about child custody in New York and discuss how you can apply the information to your situation.

The Different Types of Custody:

The first question you are probably asking is: what exactly does “custody” mean? You are not alone. This can be confusing because there are actually two types of custody, physical custody and legal custody, which each have a different meaning:

1) Physical Custody refers to spending time with your children or having them stay with you.

2) Legal Custody refers to making major decisions for your children.

See, that wasn’t too bad, right? Now you likely want to know the difference between “joint custody” and “sole custody.” We’ll start by explaining joint and sole physical custody, and then discuss joint and sole legal custody after.

Joint physical custody can take two forms: either children reside with one parent more often and visit their other parent pursuant to a schedule, or children spend equal time with both parents. Equal time-sharing situations are more likely to be successful if you and your co-parent live near each other and both have the time or resources to care for the children half of the time.

As a final note on physical custody, in order to receive child support from your co-parent, you must be labelled the “custodial parent” in your divorce agreement, even if you share time with the kids equally. This label does not change anything about your custody arrangement or whether or when you see your kids. It simply designates which parent will be receiving child support. The “custodial parent” is generally the parent who has the children more often or who earns less money.


So, What’s the Difference Between Joint and Sole Legal Custody?

If you share joint legal custody, then you and your co-parent must consult with each other and agree before making any major medical, educational, religious or extracurricular decisions for your kids. When your friend mentions that he shares “joint custody” with his ex-spouse, he probably means joint legal custody, since most parents automatically share some form of joint physical custody if they both see their kids.

If you have sole legal custody it means that you make the major decisions for your kids without any real input from the other parent. The minor, day-to-day decisions about what your kids eat, wear, play with, or do for fun are decided by whichever parent they are with at the time.


How to Make Joint Custody Work for You and Your Ex:

While joint legal custody sounds ideal, in practice it can be difficult if you and your co-parent do not communicate well or cannot get along (probably partly why you’re getting divorced in the first place). But if it terrifies you to think that one of you may be out of the loop when it comes to deciding where your child attends middle school or when she gets braces, there are two options you can try before resorting to giving one of you sole legal custody:

1. You can agree to “spheres of influence,” whereby each parent has sole decision-making authority over one or more of the major categories we listed above.  For instance, you could make the final decisions about where your son will go to school and what extracurricular activities he’ll be involved in, while your co-parent gets to decide whether he has a Bar Mitzvah or a Confirmation and which pediatrician he will see.  You could even specify that while you each have the final say over certain decisions and you don’t have to necessarily agree, you still have to consult with each other before making a final decision.

2. You and your co-parent can agree to share joint legal custody with the assistance of a designated parenting coordinator or mediator, who will help you come to a joint decision if/when you cannot agree. You will probably have to pay the parenting coordinator for her help, but it is certainly cheaper than hiring lawyers and going to court when you can’t agree.

The final thing to remember is that the best interest of the children should always be the number one consideration in any custody situation.  Since you already know quite a bit about that, and now you know some basics about the child custody process, you are well on your way to figuring out a co-parenting arrangement that works for you.  We hope our post helps you feel more knowledgeable and less overwhelmed when filling out your Proposed Parenting Plan on it’s over easy or consulting with an attorney.  Good luck!

Well-known Divorce Lawyer Laura Wasser is one of the most respected Attorneys in the United States.  In this video, you'll meet Ms. Wasser's colleague Matrimonial Lawyer Jasmine Silver, Esq. Ms. Silver is based in New York City and in this video she defines and explains Matrimonial Law.

Jasmine Silver, Esq. is a New York city Attorney specializing in New York Matrimonial Law.  She is a Legal Consultant and frequent contributor at it’s over easy!