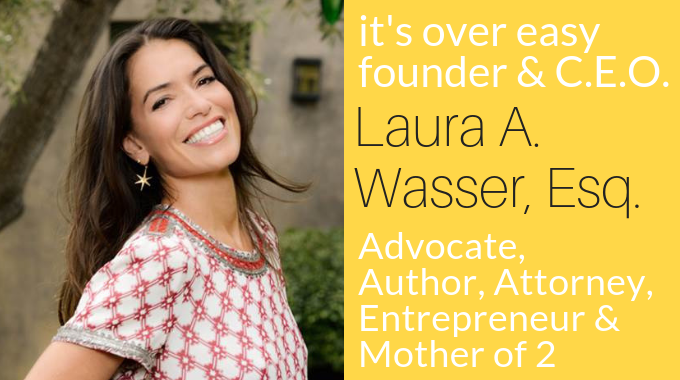 The Truth About Co-parenting a Teenager

Written by Laura A. Wasser, Esq. it's over easy Founder & C.E.O.

Social media, vaping, and Ubers - more than our parents ever had to deal with.

Until recently, I had always mistakenly assumed that the phrase, “divide and conquer,” meant that two factions going in separate directions could get more accomplished. This is true in all arenas except for co-parenting.

In the context of co-parenting, the “divide and conquer” approach actually refers to divided parents who are now more easily conquered by manipulative teens. For parents who lack a unified approach to co-parenting, the threat of the “divide and conquer” approach from their children is real. This is why, post-divorce, communication between co-parents, and alignment on rules & expectations for children is crucial.

We are living in an age where our teens are afforded a whole new panoply of temptations about which most of us know little to nothing about. The basics of teen-dom have remained the same: brooding, hormonal, intensely private, knowledge of absolutely everything (particularly how lame their parents and younger siblings are), and a frightening sense of invincibility when it comes to experimentation and curiosity. Inevitably, the specifics have changed with the times. Social media rules; kids have a vastly expanded means of transportation; and there is a new kind of candy called vaping, which is highly addictive, easy to obtain, and completely baffling to nearly all of us over 40 (why would you want to inhale something that smells and tastes like a public bathroom deodorizer or bad 1990s incense?!).

Anyway, far be it from me to tell readers how to remedy the situation. I have only just begun to slog through the teen world of white lies, closed doors, and vague after-school plans or sleepovers. Here’s what I do know though – I am not going through it alone. When it comes to co-parenting, my ex and I are a united front, and I truly thank my lucky stars for this arrangement everyday. We likely do better communicating and co-parenting in our current relationship than we ever did while we were together. This is the good kind of divide and conquer strategy. The divide and conquer strategy to watch out for is when it is leveraged by the children dealing with parents in two separate homes, with two separate agendas, and two separate lives. The separation of parents makes it far easier for our teens to employ the smoke and mirrors (excuse the pun) of teen-dom.

How to Prepare for Teen Angst in a Split Household

In terms of alignment of expectations between our two separate homes, this first started with regard to the management of our son’s academics. We had to make sure he had consistent rules about studying between both homes. As he got older and got his first cell phone (7th grade), this extended into consistent rules about screen time. I figured that setting up standards for discipline early on would help prepare for the eventual on-set of “teen angst.” For whatever reason, I did not think that angst would strike quite so early (at only 13 years old), but here we are...and it does not seem like our sweet baby boy is the anomaly.

In order to protect both the innocent and the not-so-innocent, I will not get specific or name names. Suffice to say that our 13-year-old and some of his friends were recently busted by more than one set of parents for what may be minor infractions, but which did send up some major red flags for me and my ex. Whether it be vaping, experimenting with marijuana and/or alcohol, posting inappropriate content on social media, lying about whereabouts, taking unauthorized Uber journeys, or skateboarding without a helmet, shit was going down, and we found ourselves oddly unprepared.

After speaking with several of my friends who have children in the 8th and 9th grades, I found that these infractions are happening everywhere. In fact, stories ranged from reports of Instagram or Snapchat hookups with unknown older kids who were dealing drugs, to illicit experimentation with vape pens (with and without nicotine or THC), pot, cigarettes and alcohol, and even an unauthorized Lyft adventure to Chinatown, where vape pipes, bb guns, fireworks, and Chinese throwing stars were purchased.

Top Co-parenting Mistakes to Watch Out For

Again, I do not have the answers. This article is written for two purposes: one, to let other parents know that they are not alone, and two, to encourage co-parents to work together to ensure that we are not divided and conquered by our children, but rather, we are united and successful in raising healthy, safe teens.

In my practice, I have seen several parents who have not successfully navigated the teen discipline thing. Perhaps they have different beliefs about how the kids should be raised. One parent enjoys being the cool, fun parent, while forcing the other parent to be seen as the discipline enforcer, or the “strict, mean” parent. Sometimes, even when parents are on the same page, they fail to fully disclose what occurs at his or her home during custodial time, as they feel that somehow it reflects a failure on his or her part to watch, supervise, or perceive what is going on. This is the failure. The divide and conquer mentality is being used by teens (albeit subconsciously) against parents who are together, and even more so by teens with parents who live in two different homes. We, as parents, have been broken into smaller, more manageable pieces by our children, and in the process, we have then lost control.

As we have seen often, parents who divorce want to make sure their kids are ok - no matter what age the kids are. That being said, if parents cannot agree on how to prioritize mental health and flexibility for the children, there will likely be problems.

Let’s face it, parents differ on many issues. Do we send the kids to public, private or parochial school? Do we vaccinate? Do we put our kids in therapy? Do we want to go through with this elective surgery? Imagine going a full week with successful potty training, only to pick your child up from the other parent’s house wearing a diaper. I’ve heard about this frustration from friends and clients many times. And that’s not all. We also have different views on how sick a child has to be to keep him or her home from school, or what is an appropriate extra curricular activity. All these decisions can cause dissension between even the most amicable co-parents. Somehow, teen angst (not theirs – ours) seems to magnify this problem.

Communication is key. Stay informed and share with your co-parent. Today, we are provided with a host of technology that can assist with co-parenting, and for lack of a better word, tracking our kids. Coparenter, Curbi, and Life360 are all apps that invite parents to work together and stay in tune with their kids and each other.

Speak with your kids regularly, and if possible, set times for family check-ins, where both the parents and the kids communicate. If not a meal, then a short sit down, just to compare notes and show the kid that the parents are on the same page and that common ground exists.

Stay in touch with your children’s teachers, coaches, and after-school activity instructors. Include your co-parent on emails and in discussions, or make it clear that the two of you are a united front. When this is presented to others, your child is clear that you are a family unit notwithstanding two homes.

Attorney Laura A. Wasser is an author, entrepreneur, and Family Law expert. She is the founder & CEO of the national Laura Wasser's it's over easy online divorce service and the host of the podcast Divorce Sucks! with Laura Wasser. Laura has represented celebrities like Kim Kardashian, Ryan Reynolds, Anna Faris, Jimmy Iovine, Maria Shriver, and Stevie Wonder, but she maintains that divorce is the great equalizer—it terrifies everyone. By simplifying the divorce process online & sharing her vast experience in Family Law, people are empowered to reclaim control over their own destinies. Laura is determined to change the face of divorce by providing education, tools and support.