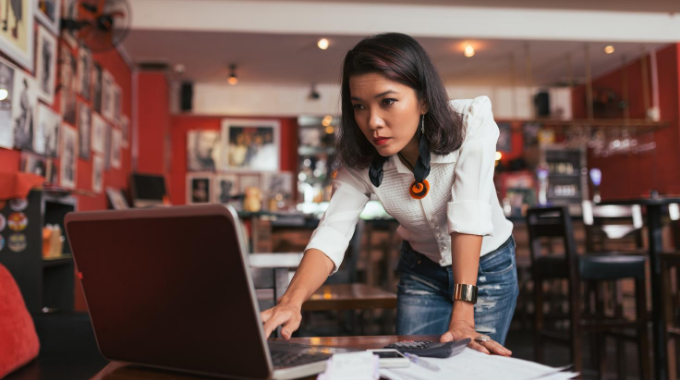 My Story: Helping Others to Untie the Knot (@NicoleNoonan5)

The summer before junior year of high school my friend’s parents filed for divorced. At the Catholic school I attended, divorce was not widely discussed. As a matter of fact, it was something brushed under the carpet, never to be talked about. My friend went through the emotional roller coaster of being a teenaged girl watching her mother go through a divorce at a time when dissolving a marriage was heavily stigmatized. Witnessing their struggle, I came to believe that divorce was something ugly and scary. At the time, however, I did not realize that divorce could also mean that my friend’s mother had the courage to save herself from a toxic relationship.

When People Behave Their Worst

Upon graduation from law school, I was offered a clerkship with a wonderful judge who would be presiding over criminal trials. It was the position I wanted. Before starting my clerkship, I received a call from the Judge telling me he was to preside over Family Law matters and as a result I would be hearing divorce cases. He and I were not happy with the change but took it in stride and decided to make the best of it. At times I offered guidance to people who could not afford representation. Other times it was offering a tissue to wipe away the tears during an emotional moment. Still there were the angry couples that would lash out at each other despite whatever the judge would say. Through it all I found it exciting, rewarding and challenging. There is a saying that “Criminal lawyers see the worst people at their best. Family lawyers see the best people at their worst”. I quickly realized Family Law is unique in that professionals in the field have the ability to aid people through the most stressful time of their lives. Family law means working with people to provide support often for their emotional health. At times it means hand holding other times it meant guiding the person through the process of getting to their next stage in life. Family law is not just the black letter of the law but help and problem solving. I was hooked and subsequently took an offer at a large family law firm after the clerkship.

The law firm was located in the area where I grew up. Mothers of people I knew for 20 years came to my firm for representation. One day “Victoria” came in for a consultation. Victoria met her husband in college. He went on to law school and she worked in marketing firm in the city. Soon after they married they started a family and decided together she would stay home. When her husband started his own firm it was she that did the marketing helping to build a huge book of business, but never taking a paycheck. She explained as cliché as it was, her husband had left her for his administrative assistant. Her husband filed for divorce after retaining a high powered, high cost attorney. Meanwhile, he had cut her off financially and with no savings she had no way of paying for our firm let alone any experts she may need to value her husband’s law practice. Her husband controlled all the finances and she had never set up a bank account of her own. Victoria’s lack of resources added to the stress she was already experiencing from the divorce. Due to her financial situation she would be under her husbands thumb. She could ask her parents for the retainer but she knew they did not have the funds to see her case through to the end. Credit cards were not an option since she built no credit history of her own. She could ask the court to order her husband for support and money to fund an attorney but there were no guarantees if and when she would receive them.

With no means of financing her case, I requested the firm to make an exception and represent Victoria. Unfortunately, Victoria’s scenario was far too many familiar to the partners as the firm already had many non paying clients. Thus, Victoria would either have to find another firm to represent her, represent herself or accept the low settlement offer her husband made.

Victoria’s struggle kept me up at night though her situation was far from an isolated one. As time went by more people like Victoria came to my office. These were intelligent people living nice lifestyles who gave up a career to raise a family. Through an agreement or tacit compliance they let their spouses control the finances. I worried about how many other women and men were in a similar situation where their spouse controlled the purse strings and she or he was unable to divorce because of lack of access to funds. How many had agreed to a low settlement offer simply because of the financial situation their spouse placed them? It was at this time that I heard of companies in the United Kingdom and Australia coming to the aid of people in need during the worst point of their lives. The companies fund people’s litigation costs and reasonable living expenses during a divorce. It was a well known resource for many firms, certainly needed in the United States. To begin I would need funding sources. I knocked on dozen of doors and took close to 100 meetings. My quest for funding sources was an uphill battle but worthwhile as it helps people in need.

Finally, I found people that also saw a need to level the legal playing field for clients going through a divorce. Thanks to their financial support we would serve the client that would not otherwise have access to the right team of professionals during their divorce. For the client we would take some of the stress out of an already intense situation.

Since 2012 I have been helping women and men gain access to ensure he or she receives a just and equitable settlement. For some clients we are able to help them with living expenses. We try to take the stress off the client and give them an equal footing. Clients no longer will be backed into a wall and take a low settlement. Nor do they have to worry about whether their request for counsel fees or living expenses will be granted. Instead we give the clients back the power. The clients have the ability to take back some of the control they relinquished during their marriage. As a result, they retain the dignity they felt was lost.

A few years ago I ran into Victoria. She had divorced and had moved on to another relationship, but was still struggling financially. She had taken that low offer. I wished divorce funding had been an option for her but I am proud that I will be there to help the next “Victoria”.

Nicole Noonan, Esq., CEO of New Chapter Capital Inc., specializes in divorce funding. She formerly served as President of Novitas US. She is a nationally recognized divorce expert and pioneer of divorce funding.  Crowned the “Fairy Godmother of Divorce” by the New York Post. Recognized by New York Magazine as New York’s Women Leader’s in the Law 2014. She has been seen on Good Morning America, Bloomberg TV, WLNY’s “The Couch”, Law & Crime Network with Dan Abrams and WPIX. She has also been featured in The Huffington Post’s Women in Business, American Banker, The Economist, Forbes Magazine, Fortune Magazine, Cosmopolitan.com, Money and The New York Times.

Nicole can be reached via email and on Instagram @NicoleNoonanOfficial