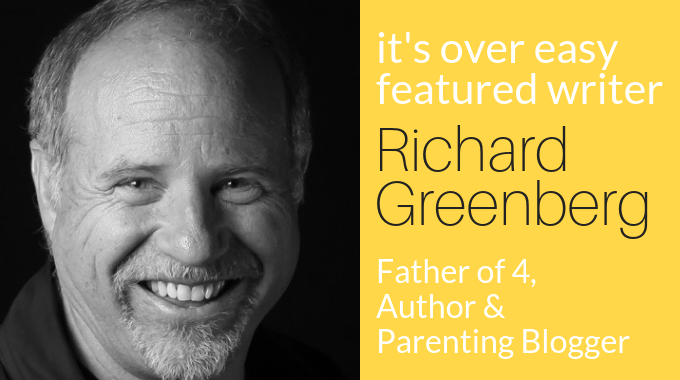 A Dad's Guide To Parenting

Early in our parenting adventure, my wife told me that she privately wished I could be home at five o’clock like Larry up the street.  Larry was a cool guy, owned his own insurance agency, had a VW bus and spent a lot of time carting his kids around. I liked Larry. He was a great neighbor.

But I was never going to be like Larry.  At the time, I was working in the entertainment business and I was putting in ten to twelve hours a day – often six days a week – just to keep up with my chosen career.

I discussed with my wife that I wasn’t going to be one of “those” dads.  Our kids were going to get me as a coach on weekends, a homework helper in the evenings, and mornings in the car. I thought about it a lot, because it wasn’t a measure of how much I loved my children, it was just circumstance.

A Dad by Definition

At some point, I realized something very basic:  As far as my children were concerned, I was the definition of Dad.  They weren’t comparing me to Larry… they were just doing their best to make me happy, ‘cause that’s what kids really want to do, make their parents happy.

To my wife’s credit, she was okay with my not being Larry, but she threw down two basic rules in exchange:  I had to be home for a family dinner at least one night a week when we would teach our kids manners, and I would only work one Saturday per month (which allowed me to coach their teams).

Seemed pretty reasonable to me.

Whether you’re a Dad or a Mom, you are the definition of “parent” for your child.  You don’t have to live up to anyone’s expectations but your own.  You are, however, obligated to behave in a way that sets an example that you’d like your kids to follow.

My wife and I had some very basic ground-rules to simplify this.  Early in our process, we shared our goals and values with each other.  We talked about how we were parented and what behaviors we wanted to emulate, and, more importantly, which we did not.  We created a code word so that, if we were in the presence of our children, we could caution one another about falling into one of the holes we had agreed to avoid. We did this so as to not have uncomfortable arguments in front of our kids, and for the most part it worked.

But that’s how it works in my marriage.  Sometimes it’s not that easy.

Paternity before, during and after Divorce

When the folks at it’s over easy asked me to write something from a Dad’s perspective before, during, and after divorce, it occurred to me that the majority of men who I have seen go through divorce become better Dads as a result.  Ironically, in some of those cases the divorces occurred because the father’s weren’t participating enough (even if it just meant listening), or were foolishly undermining their partners (“Your mom said no, but I think we should go get ice cream anyway!”)  Sometimes they’d say “Boys will be boys” – which was as much about their behavior as that of their child. But once those same Dads were on their own, things changed.

My buddy Dave has an eight-year-old daughter.  I was showering at his house after a tennis match and I saw this unexpected jar of hair gel on the shelf.  I said “Hey, what’s this?” He looked at me and said “Dude, you don’t have an eight-year old daughter anymore.  That stuff is essential to making her hair perfectly motionless during her gymnastics routines – so put it back immediately!”

And so it went.  I watched this all-thumbs, former “Honey will you take care of this?” Dad become a meal-cooking, hair styling, life-explaining, sensitive hunk of Daddy before my eyes.

The Definition of A Parent

I have a colleague who was having behavior problems with one of his children, until someone said “Your kid is allergic to peanuts, and you and your wife are a peanut butter factory!”  This realization ultimately motivated my friend and his wife to shut down the factory and go their separate ways. After a while, the kids calmed down and they now have comfortable and loving relationships with each of their parents.

In all of these cases, single, married, separated, or even divorced parents were proving one of my most important beliefs – that The Truth Floats.  Who you are bubbles to the top – it may seep through fingers to get there, but at some point your true essence will be revealed.

Over time, your kids are going to know who you are too – and if you’re someone whose behavior can be admired (ideally), and you stand firm in your beliefs (bedtime is bedtime), you’ll find that they can relax into your style.  Your approach may be different than your former partner’s, but you’re the only person whose behavior you can control.

So, if you just do the job (of parenting) and treat your child the way you believe is best for them (regardless of the world (or people) around them) they will turn out to be people you admire and enjoy.

Relax.  Your kids aren’t judging you – only you are.  Remember, YOU are the definition of parent for them.

I’m Richard Greenberg a father of four and the author of “Raising Children That Other People Like to be Around”.  You can read more of my lifetime observations, parenting tips, tools, and triumphs on Twitter, Facebook, and on my blog, Common Sense Dad.