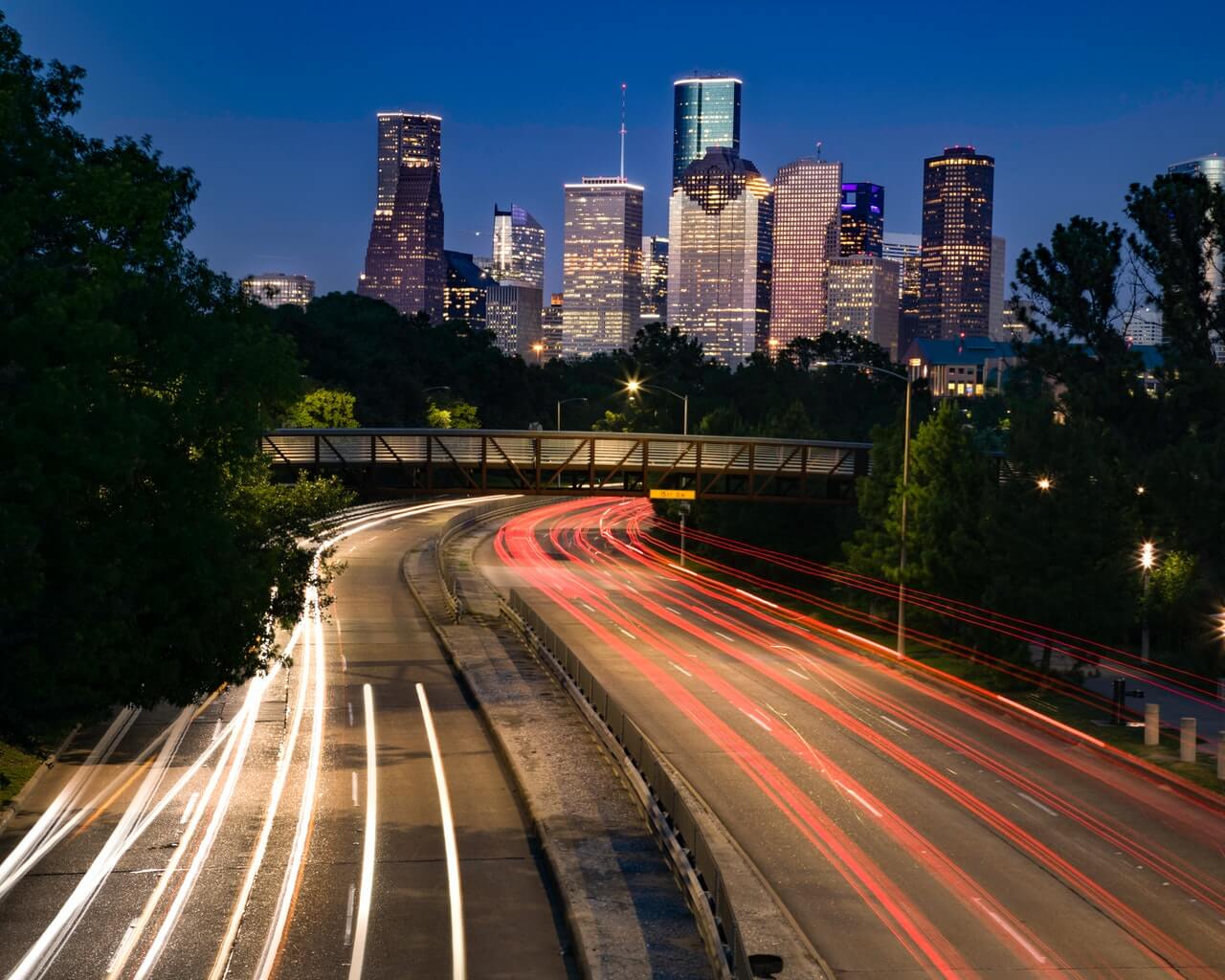 The Texas Divorce Laws About Adultery

What Is Considered Adultery in Texas?

Adultery can take a devastating toll on a marriage and many divorcees cite cheating as the reason they decided to split from their spouse.

If you have been the victim of infidelity on the part of your spouse, then you may be wondering how Texas law looks at adultery in the context of divorce proceedings.

If you intend to prove that your spouse committed adultery, then you will definitely want to speak with a qualified family law attorney. Luckily, there are great family lawyers everywhere from Hartley to Harris County.

However, maybe you just want a little information about what a Texas court will or won’t do before you retain a divorce attorney. That’s where we come in.

Texans do have access to fault-based divorce, and you’ll probably be pleased to hear that under Texas divorce laws adultery is considered one of the recognized fault grounds for divorce, along with domestic violence, abandonment, and a few others.

In this article, we’ll explore how the Texas Family Code deals with adultery, including how to prove it and what the consequences are for doing so. This isn’t legal advice, but we’re family law experts around here, and we can definitely provide some useful information.

Without further ado, let’s get to answering some of the most pressing questions that Texans have when they find out their spouse has been cheating.

What Is Considered Adultery in Texas?

If you’re reading this, then you probably feel as though your spouse has broken their marriage vows. But does Texas divorce law see it the same way?

Under Texas family law, adultery is voluntary sexual intercourse between one spouse and someone who is not a party to the marriage. In other words, emotional affairs can definitely feel like cheating, but that emotional distress won’t necessarily help you in court.

Likewise, sexual assault does not constitute adultery, and we think it would be pretty inhumane if it did.

It is the job of Texas lawmakers to do their best to balance protecting you and your spouse, and you’ll want to keep that in mind before you ask your attorney to fight like hell for the sake of emotional catharsis.

If you can’t prove adultery as defined above, then expect your divorce lawyers to guide you towards a no-fault divorce. You can still reach a favorable compromise in court without alleging any specific, legally recognized marital misconduct.

Does Infidelity Matter in a Texas Divorce?

As mentioned above, adultery is one of the stated fault grounds for divorce in Texas, but we also mentioned that proving adultery can be a pretty big hassle. This information combined may lead you to ask, “Why do people file for fault divorce, anyway?”.

Well, the answer is that proving adultery as the basis for your divorce can have a big impact on how community property is divided by the court.

When Texas courts are tasked with determining how to divide community property, they are instructed by law to make a decision that is “just and right”. As you might expect, those terms are definitely up for interpretation, and Texas judges have a fair amount of discretion.

This means that there are a lot of factors for judges to consider, and evidence of an extra-marital affair can certainly be one of them.

This is especially true if there is evidence of the cheating spouse spending community property funds on their affair. This includes spending for hotel rooms, gifts, dinners out, and the like.

If this sounds like your marriage, then in all likelihood the judge will divide your marital property in order to offset the marital funds that were spent without your knowledge or permission.

Before we move on, we have one important note about Texas property division more broadly. Regardless of whether adultery has occurred, only marital assets will be considered in your divorce.

No matter what, each spouse can expect to keep their separate property, which includes gifts, inheritances, and anything earned before the marriage, so long as they haven’t been commingled with marital assets.

Can You Sue for Adultery in Texas?

So, we’ve discussed how Texas divorce law sees adultery, and unfortunately, it just doesn’t apply to all self-identified victims of infidelity. So, do Texans have the opportunity to sue for adultery outside of their divorce cases?

As frustrating as it may be, infidelity is not illegal in Texas, and the only time it is legally recognized at all is in the context of divorce. If you can’t prove adultery as defined above, then you simply are not going to cash in for having been wronged by your spouse in this way.

That being said, there are countless ways to heal emotionally from having been cheated on, and we encourage you to find a great mental health professional to help you move in that direction.

Proof Needed for Filing a Divorce on the Basis of Adultery

So you know your spouse has been unfaithful, but you (thankfully!) don’t have the photos to prove that actual sex acts have occurred. Does this just mean that you’re out of luck?

Well, you’ll be relieved to hear that in this case, the law is working in your favor. If you can sufficiently prove that an extra-marital affair has taken place, then Texas courts will often presume that sex acts went along with it.

But how do you prove an affair, anyway? As exciting as a stakeout sounds, you can put away your telephoto lens because in most cases, infidelity is sufficiently shown with circumstantial evidence alone

Circumstantial evidence might include things like bank statements, phone records, and texts or emails between your spouse and the person with whom they were cheating. Of course, if you do have photos, that will work as well.

In most US states, courts usually will not consider adultery when dividing marital property, but it can have a big impact on alimony (also known as spousal support or spousal maintenance). However, staying on-brand, Texas goes against the grain and reverses that rule of thumb.

In Texas, alimony is only ever awarded under a limited set of circumstances defined by law. Without going into too much detail, all of them have to do with one spouse being incapable, or otherwise, unable to earn a living on their own.

If a party to a divorce meets these criteria, then judges have a long list of factors to consider when awarding alimony. This is where adultery’s meager influence shows up.

Adultery is specifically listed as one factor for consideration, as is dishonesty about money, which can often go hand-in-hand with cheating.

However, it’s important to keep in mind that no single factor is determinative. Even if one spouse cheated and all other factors come out in their favor, then the court very well may award them the same alimony payments as they would have otherwise.

Just like in property division, judges have a lot of discretion when it comes to alimony, so you certainly shouldn’t count on cheating influencing the outcome.

Does My Wife Get Half if She Cheated on Me?

While most community property states aim for an exact 50/50 split of marital debts and assets, you may remember from earlier that Texas judges are instructed simply to make a determination that is “just and right”.

This can be approximately a 50/50 split, but it certainly doesn’t have to. Judges take a holistic look at the circumstances of your marriage, and they do their best to be fair and unbiased in making their decision.

So, even if your wife hasn’t cheated on you, it’s unlikely that she was going to get exactly half of your shared assets, and that remains true even if she’s been unfaithful.

That being said, adultery can (and likely will) be considered when a court splits up your assets, and you can talk to an attorney about how the two of you can effectively make a case for her getting less than she would have otherwise. It isn’t a sure thing, but it doesn’t hurt to try.

When it comes to child support and custody, Texas judges are accountable only to the best interests of the child, and having a relationship with both parents is usually considered to be in the child’s best interest. As a result, marital infidelity usually will not impact child custody.

The one caveat is when an extra-marital affair starts to affect your child directly. For instance, if your spouse’s lover is deemed a dangerous person, then the judge might award you greater or sole custody in order to prevent your child’s exposure to that individual.

This can be very hard for some scorned spouses to hear. After all, isn’t it true that untrustworthy people don’t make good parents?

While that may be the case, a court will not see an affair and extrapolate that the perpetrator is untrustworthy in all aspects of their life.

When it comes to child custody, we encourage you to take a step back and think like a judge. You may never want to see your spouse again, but do you really want your child growing up without their other parent?

Finding out that you’ve been the victim of marital infidelity can be a truly devastating experience. However, who’s to say that you can’t make the best of a bad situation and reap the benefits that come along with your suffering?

When it comes to Texas divorce, there really is no sure thing. Judges have a lot of discretion, but an extra-marital affair will definitely be taken into account… as long as you can prove it.