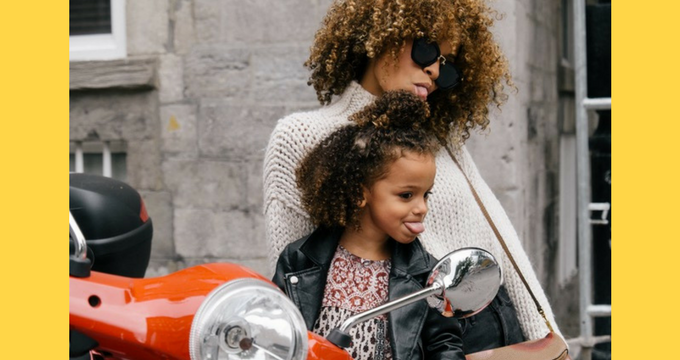 Written by It's Over Easy Founder & C.E.O. Laura A. Wasser, Esq.

Without question, one of the biggest hurdles in a divorce is how to deal with shared custody of children.

In many post-dissolution relationships, custody disputes are the gifts that just keep on giving. And it’s not so much about physical custody or shared time, but rather the issues incident to legal custody.

These include: your children’s health, welfare, academics and the general topics that are sometimes tough to deal with, even when the parents are on the same page and under the same roof.

When parents split up, there are almost always shifts in thinking about the tacit agreements made about your kids during marriage. Your ex-wife’s agreement to immunize in the normal course might fall by the wayside when one of the members of her women’s group warns that vaccination equals autism.

Your ex-husband’s agreement to raise the kids Jewish and get on the Bar/Bat Mitzvah track could suddenly be up for debate. Decisions regarding which school your children will attend, in which extracurricular activities they will participate, whether or not they will go to sleep away summer camp, be allowed to use a cell phone, receive allowance, or even pierce their ears, all become major battles that can open whole new channels of hatred and discord between you and your co-parent.

Co-parenting with an ex whom you remain on decent terms with is hard enough. How are you supposed to co-parent with an asshole? Read on to find out!

Need a temporary coparenting and visitation plan while your divorce is in progress?

Protect your children while you're divorcing with a temporary custody agreement. This handy resource outlines the days and times your children will be with you and your spouse and helps you create a joint decision-making system you can both live with.

As I have written in past articles and told many clients and friends, pick your battles.

While there are few things more soul crushing than making it through a week of potty training, only to have your 2 ½ year old returned to you in diapers after a weekend with your ex, in the long run, this isn’t worth a blow up with your ex.

On the other hand, certain situations call for confrontation. For example, I have a friend who tried to discipline her 15-year-old daughter by taking her cell phone away for a month after discovering her daughter’s very salacious, secret Instagram account.

Just three days into the punishment, the teen arrived home from a weekend at Dad’s with a new phone, new number, and a new Instagram account. WTF?! Now, this is worth discussion with your co-parent!

The divorce process is long, and usually takes months or longer to complete. A good way to formalize your co-parenting and custody agreement before you complete the divorce is to create a Temporary Custody and Co-Parenting Plan with your spouse.

This is an effective way to outline the days and times your children will spend with you and your spouse, and creates a collaborative joint-decision making agreement in advance of the final divorce.  You can incorporate this preliminary agreement into the more formal one that will be created in your final divorce settlement.

When should co-parents seek out a judge?

Why is it so hard for parents to get on the same page when it comes to raising their children? In some cases, it’s an intentionally passive aggressive (or massive aggressive) move to curry favor with the children and become the most loved parent.

Sometimes, it’s a simple lack of consideration (the same kind of behavior that you loved so much when you were still together, remember?). Or maybe it’s laziness about discipline and setting boundaries.

Whatever the reason, you cannot go running back to court for every infraction. Even if you could, many of the issues co-parents face are not enforceable by a court.

For better or worse, there is no such thing as the Pacifier Police who will intervene after you have painstakingly weaned your toddler off the pacifier, only to have your ex pop one in his mouth during her custodial time because, “He wouldn’t go to sleep without it, and it looks so cute, and it seems to make him happy. What’s another couple of months?”

Regardless of where you stand on the pacifier debate, the big-ticket items are within the Family Court’s jurisdiction to determine. These include religion, academics, and medical matters (the immunization debate continues, despite the laws enacted in many states that make it so ALL children must be vaccinated in order to attend public and private schools).

Please note, however, that bringing in a judge is a costly endeavor. Not to mention, long after the gavel has banged, you might be left to deal with a bitter co-parent, who refuses to participate in church events, after the court’s decision that your kids continue to attend Catholic school.

My office often advises parents to work with a co-parenting counselor who can help resolve difficult issues without the need for court intervention. Better communication tools, compromise, and input from a neutral third party are all you need to come to an agreement in certain situations.

Many jurisdictions also give parties the ability to stipulate or agree to let the court appoint a Special Master or Parenting Plan Coordinator, who has the discretion to make binding decisions on limited issues surrounding custody.

The legal nitty-gritty of co-parenting is crucial, but this article is really about the everyday coping you do with your fellow co-parent who has equal power to you, yet completely different ideologies about the most important beings in your universe. So let’s get down to it.

3 things to remember while co-parenting:

I have a friend from college, Molly, who made a heartfelt toast at her mom’s 60th birthday that I still think about to this day. It was taken from an essay she had written in college called, “Mom, I Always Knew.”

The title of the essay harkened back to when she was a kid, after her parents had split up. She and her sister spent Wednesdays and alternate weekends with their dad, who would let them wear make-up and stay up as late as they wanted, talking on their princess phone and watching TV in their room. He never made them cook or help clean up because they mostly went out to eat, and he had a housekeeper who came three days a week.

At Molly’s mom’s house though, there was only one phone line, there wasn’t a TV in Molly’s room, nor was she allowed to watch TV on school nights.

There were chores, a curfew, and lots of yelling, eye rolling, and door slamming. But in her essay, and in the toast she shared with her mother decades later, Molly spoke of the strength and sense of safety her “mean mom” had imparted, simply by being the stronger parent.

The parent who said no. The parent who made decisions and stuck to them, even when it wasn’t easy or popular. The parent who often cried herself to sleep because she was certain that her daughters hated her, loved their dad more, and would ultimately want whomever he ended up with to be their mom.

But, as Molly’s essay and toast pointed out, she and her sister always knew their mom to be the stronger parent. Even if they didn’t show it at the time, they respected her for her resoluteness.

Yes, they thoroughly manipulated and took advantage of their father’s laissez-faire parenting, but they knew who had the strength and power in their world. They knew who made it all happen. Their mom was their rock, their safe place, and when they became parents themselves, they wanted to be just like her.

Stay healthy. Try not to let toxicity infect your custodial time or your parenting experience. Roll with the punches, as much as is reasonably possible, and see whether you can turn negative experiences into opportunities to teach your child something valuable.

If you sign up and pay for piano lessons, and your ex continuously fails or refuses to facilitate practice or to take your child to the lessons on their days, learn from the experience.

When scheduling the next activity, see whether the class or instructor can be flexible and offer alternate weeks, so you can go on your days only and not have to depend on anyone else.

At a certain point, your kids will be of an age where they can take some responsibility for their commitments. But for now, ask your kids, “Do you want to take piano?” If the answer is “Yes,” then make certain they understand the commitment involved with practicing and attending lessons.

My friend Cyrus’ ex was angry and bitter after their divorce. As a result, she co-parented with a vengeance. Despite it making her son uncomfortable, she generally “forgot” to pack his pajamas or special blanket when it was Cyrus’ custodial time.

At the outset, Cyrus would get frustrated, text his ex about what an asshole she was, and let her behavior set the course for his precious time with their son.

Eventually, Cyrus figured out how to replicate the special blanket and stocked up on PJ’s. He and his son then sat down together and made a list of everything else he wanted to pack to bring to his dad’s house to ensure peaceful overnights.

Through this process, Cyrus taught his son, at a relatively early age, an important lesson in how to plan ahead and stay organized. Now, his 18-year-old has gone off to university as an incredibly well-adjusted college student who is prepared, responsible, and makes a mean checklist.

The power of working together as co-parents

The “co” in “co-parenting”  means “together, mutually in common.” “Cooperation,” “compromise,” “co-exist,” and “communication” all start with “co,” and each lends itself to a successful co-parenting relationship.

Navigating the obstacle course of co-parenting can be exhausting. Particularly when your co-parent is not much of a “co” person. But as they say, parenting is the best job you will ever have, and co-parenting can be just as rewarding when approached with the right mentality . If you cannot adjust and adapt to the daily trials and tribulations, you are short-changing your child and yourself.

Remind yourself why you procreated with your ex in the first place, and try to see the good in them--even when it’s tough. Then, think about how happy you are that your interactions with this person are limited to those that involve your offspring. Do your best to get through them with grace and strength of character.

Laura A. Wasser, Esq. is the host of the podcast Divorce Sucks with Laura Wasser.  She is the senior partner @ Wasser Cooperman Mandles, LLP and the founder & CEO of the online divorce website It's Over Easy.  She is the preeminent voice across the media landscape in newsworthy matters regarding Divorce and Family Law.

She has represented clients such as Maria Shriver, Johnny Depp, Ashton Kutcher, Stevie Wonder, Kate Hudson, Anna Faris, Melanie Griffith and Ryan Reynolds.  She is a leading advocate for female empowerment and the author of the best-selling book It Doesn’t Have to Be That Way: How to Divorce Without Destroying Your Family or Bankrupting Yourself.